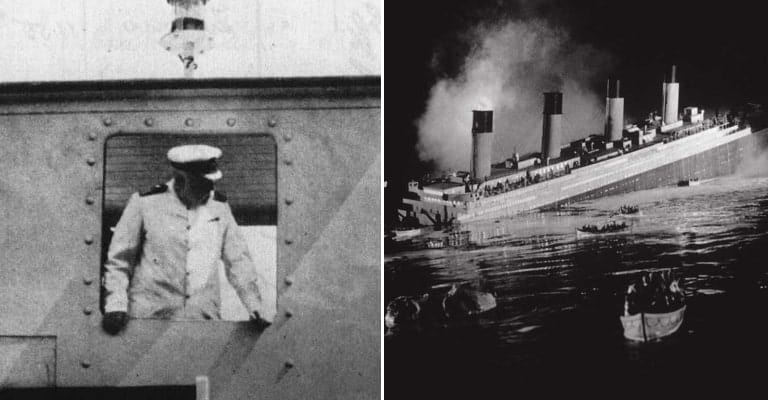 12. Several rich passengers got changed, lit up cigars and prepared to face the end ‘like gentlemen’.

Benjamin ‘Ben’ Guggenheim was one of the wealthiest of the Titanic’s passengers and so could comfortably afford a First Class suite. Joining him was his mistress Leontine, as well as his valet, chauffeur and a maid. When the Titanic hit the iceberg, Guggenheim had to be woken up. Unlike certain other rich men, he showed courage, ensuring his mistress and maid got seats on a lifeboat. Famously, he then returned to his cabin and put on his dinner suit, as did his valet. The pair were last seen sipping brandy and smoking cigars on the deck. “We’ve dressed up in our best and are prepared to go down like gentlemen,” Guggenheim was said to have remarked.

11. The Titanic band kept on playing right up until the end, even if their last tune remains the source of much debate.

The story of the ‘Titanic Band’ has become something of a legend. Several witnesses testified that the did indeed see Wallace Hartley assemble his band in the First Class lounge and start playing in order to keep passengers calm. It was also reported that they then moved onto the deck and kept playing even when it became obvious they were going to die. The ‘fact’ that the band was playing “Nearer, My God to Thee,” as they went under is likely apocryphal. But still, all the band members died, and when Wallace’s body was recovered, he was found to be wearing his evening dress, with his instrument case attached to his chest.

Those passengers or crewmen who didn’t get a seat in a lifeboat were ultimately doomed. Though the sea was eerily calm, it was lethally cold, with a temperature of 28 °F (−2 °C). Most people would have suffered a cardiac arrest within the space of a few minutes. Of those who went into the water, just 13 were picked up by survivors in the Titanic’s lifeboats. Famously, the ship’s head chef Charles Joughin tread water for an incredible two hours before being rescued. He put his survival down to the fact he took several swigs of strong liquor when it became clear the Titanic was going under.

The decisions made by Captain Smith on that fateful night continue to be the source of much debate. However, even his detractors concede that he stayed true to the ‘laws of the sea’ and stoically went down with his ship. The last confirmed sighting of Smith was on the bridge, with some survivors even claiming he was at the wheel. Before the Titanic went under, he released the crew of their duties, giving them the chance to save themselves. Smith was heralded as a true British gentleman and his last reported words – “Well boys, do your best for the women and children, and look out for yourselves” – were widely cited as proof of this.

Famously, the first news reports about the loss of the Titanic reassured readers that the ship’s passengers had escaped with their lives. In Canada, as well as in Britain, the headlines read: “Titanic Sinking: No Lives Lost”. This has gone down in infamy as being the least accurate newspaper headline of all time. So how did the mix-up happen? According to historians of the disaster, wireless operators interpreted a message that all was ‘OK’ with the rescue ship with confirmation that all the Titanic’s crew and passengers were safe. The truth could not have been more different.