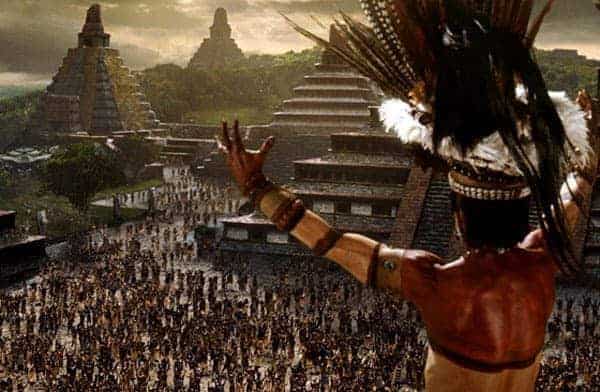 Many scholars have a less than favorable impression of this era; they suggest it was marked by decadence and was overly militaristic compared to previous periods. However, while their accomplishments and artwork are not as impressive as their ancestors, it is unfair to dismiss them completely.

The center of Mayan urban development moved to the Yucatan Peninsula in Mexico in the late tenth century. The most important cities in this era of Mayan settlement include Uxmal, Chichen-Itza, and Mayapen. These cities had large central cores with enormous buildings complete with carved or plastered motifs on the blocks. The Casa Del Gobernador at Uxmal is a splendid structure containing 24 chambers. At Chichen-Itza, the pyramid and its temple rise 30 meters above the central plaza.

Chichen-Itza was the dominant city at the start of the Postclassic Period, but it declined dramatically by the 11th century. As a consequence, there was no important city in the civilization until the growth of Mayapen in the 12th century. The Maya enjoyed a lengthy period of successful maritime trade around the Yucatan until the arrival of the Spanish in the 16th century.

While the official end of the Maya civilization didn’t occur for another century, it was practically finished when Mayapen was abandoned in the 1440s. Some sources suggest the city was destroyed by the Maya that once ruled Uxmal. They founded a new city at Mani, but for the rest of the civilization’s history, it was embroiled in warfare between rival tribes over the territory. A number of natural disasters in the Yucatan Peninsula coupled with disease weakened the Maya and made them easy pickings for the Spanish.

When a Spanish ship wrecked off the Caribbean in 1511, it was the beginning of the end of the Maya civilization. This was nine years after Christopher Columbus’ brother, Bartholomew, made contact with Mayan traders on an island off the coast of Honduras. The Spanish vessel crashed off the coast of Jamaica, but about a dozen survivors reached the coast of Yucatan where they were captured by a Maya lord named Halach Uinik. One of the men, Gonzalo Guerrero, was offered to another lord as a slave, but he soon adapted to the Mayan culture and reached the status of war leader within three years of his capture.

A number of explorers subsequently reached the Yucatan Peninsula until in 1526, Francisco de Montejo was given permission to conquer Yucatan by the King of Spain. He left his homeland in 1527 with just 400 men, four ships, cannon, small arms, and provisions. He reached the island of Cozumel off the coast of Yucatan in September 1527 and was peacefully received by a Mayan lord.

After running out of provisions, de Montejo took the dramatic step of burning his ships to quell unrest amongst his troops. The tactic worked as the men acclimatized to the harsh conditions they faced and in early 1528, he reached the town of Conil where his forces rested for two months. The next city they encountered was Chauaca; instead of welcoming the Spaniards or opposing them, the inhabitants fled the city overnight. They returned to attack the Spanish the next morning, but de Montejo’s men defeated them.

Emboldened by this victory, the Spaniards moved on to Ake and won a major battle which left 1,200 Maya dead. The Maya leaders in the surrounding areas all surrendered soon after. De Montejo was dismayed to find that only 12 of the 40 men he stationed at Xelha survived while all 20 men situated at Pole were dead. Eventually, a support ship arrived, and de Montejo used it to sail down south where he found the booming city of Chaktumal.

The Spanish conquest of the Maya wasn’t officially completed for 170 years. Much of the territory was conquered in the 16th century including northern Yucatan in 1546, but the Spaniards found that taking over the Petén lowlands of Guatemala was a much harder task. They spent most of the 17th century fighting local tribes until they finally conquered Petén in 1697.

Those who live in the former Mayan regions still travel the same rivers and farm the same lands as their ancestors. Although the Maya civilization has supposedly vanished, there are six million people who continue to follow the old traditions. The Maya may have abandoned their cities for reasons historians can’t agree on, but they left behind plenty of evidence of their existence including a range of impressive structures such as the stunning complex at Tikal.