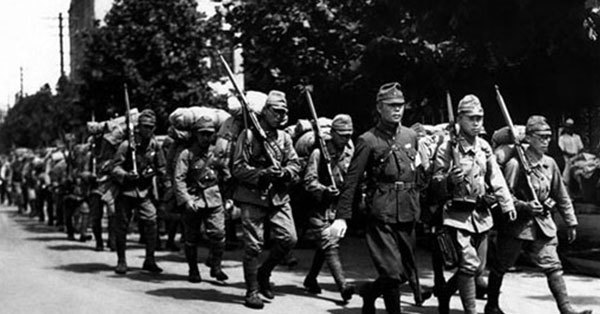 23 Photographs of the Japanese Occupation of Korea and the Liberation

The Japanese occupation of Korea began in 1910 and ended at the end of World War II in 1945. The Empire of Korea was stripped of its diplomatic sovereignty and declared a protectorate of Japan with the signing of the Japan-Korea Treaty of 1905. This came after the Russo-Japanese War in which Russia was forced to concede that Japan had “paramount political, military, and economic interest” in Korea. On August 22, 1910, Japan officially annexed Korea.

Through this time, Japanese settlers had been migrating to Korea to combat overcrowding in Japan. By 1910 there were over 170,000 Japanese people living in Korea. The Japanese created a feudal state where they owned the land and the Koreans worked the fields. The Korean tenants were forced to pay over half their crop as rent which caused many farmers to send their wives and daughters to work in factories or to become prostitutes.

The March 1 Movement was a large anti-Japanese rally in 1919. A declaration of independence was read in Seoul. Over 2 million people attended these rallies which were violently suppressed by the Japanese. The protests continued for about a year. It is estimated that 50,000 Koreans were arrested 7,500 were killed.

In 1939 Japan was plagued with labor shortages as a result of conscription for WWII military efforts. Koreans were recruited, first voluntarily and later by force, to move to Japan and work in the factories. In 1942, the National Mobilization Law extended to the conscription of Korean workers for factories and mines in Korea. Out of the 670,000 Koreans who went to work in Japan, 60,000 died from the horrendous work conditions. The total death toll from forced labor in Korea is estimated between 270,000 and 810,000 people.

After the United States dropped the atomic bombs on the Japanese cities of Hiroshima and Nagasaki, and with the Russians poised to overrun Korea, Japan surrendered to the Allied forces on August 15, 1945. General John Hodge arrived in Korea on September 8, 1945, and the Americans and Soviets came to an agreement that Korea was to be divided along the 38 parallel.