22 Photographs of the Falklands War 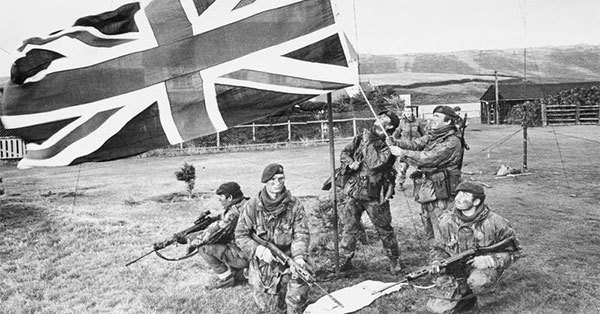 22 Photographs of the Falklands War

The Falklands War was a ten-week conflict between Argentina and the United Kingdom over two British territories off the southern coast of Argentina, the Falkland Islands. On April 2, 1982, the Argentinian military invaded and occupied the Falkland Islands and attempted to establish sovereignty over the lands.

The United Nations Security Council asked Argentina to withdraw in an attempt to resolve the conflict with diplomacy. The British responded on April 5, dispatching a task force to engage the Argentine Navy and Air Force before making their amphibious assault to reclaim the Falklands.

The Argentinian government asserted, and maintains to this day, that the islands are Argentine territory. They believe that the occupation was an act of reclamation. The British government looked at the invasion as an attack on a land that had been a crown territory sine 1841. The inhabitants of the island are mostly descendants of British settlers and favored British sovereignty.

Diplomatic relations between the United Kingdom and Argentina were restored in 1989 but neither government conceded their claim to the islands. In 1994, Argentina’s claim to the territories was added to their constitution.

In total, 649 Argentine soldiers, 255 British soldiers, and 3 Falkland Islanders died during the conflict. One Argentinian writer, Jorge Luis Borges, aptly described “the Falklands thing, [as] a fight between two bald men over a comb.”