22 Images of the Iranian Revolution 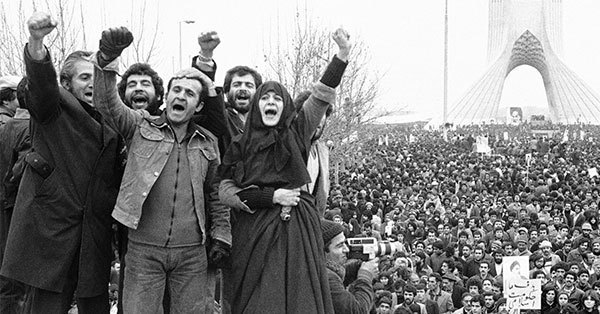 22 Images of the Iranian Revolution

The Iranian Revolution, or the Islamic Revolution, of 1979 was the series of events leading to overthrowing Shah Mohammed Pahlavi and installing an Islamic Republic led by the Grand Ayatollah Khomeini.

In 1963, Ayatollah Khomeini was arrested and exiled for his opposition of the White Revolution. The White Revolution involved a series of reforms imposed by Shah Pahlavi consisting of land reform; sales of some state-owned factories to finance the land reform; the enfranchisement of women; nationalization of forests and pastures; formation of a literacy corps; and institution of profit sharing schemes for workers in industry. This revolution was supposed to be a major step in westernization. Corruption caused a major failure of the trickle-down economic strategy implemented and the working class was left alienated and resentful.

Demonstrations against the Shah began in October, 1977, as peaceful resistance protests and labor strikes which stunted the country. The Shah, on January 16, 1979, in exile, left Iran, and passed his duties to a regency council and prime minister. When the Shah left, the Ayatollah was invited to return to Tehran. He was greeted by crowds of millions of supporters.

On February 11, guerillas and rebel troops overpowered the Shah’s army. Ayatollah Khomeini was officially given power. On April 1, 1979, Iran voted in a national referendum to approve a theocratic-republican constitution. Khomeini became Supreme Leader in December, 1979.

The Iranian Revolution was quite unusual for several reasons. At the time, Iran was relatively economically prosperous. The revolution rapidly produced immense change, and was heavily supported. It replaced a pro-Western monarchy with an authoritarian theocracy.