20 Wars in History that Left Behind Devastating Death Tolls 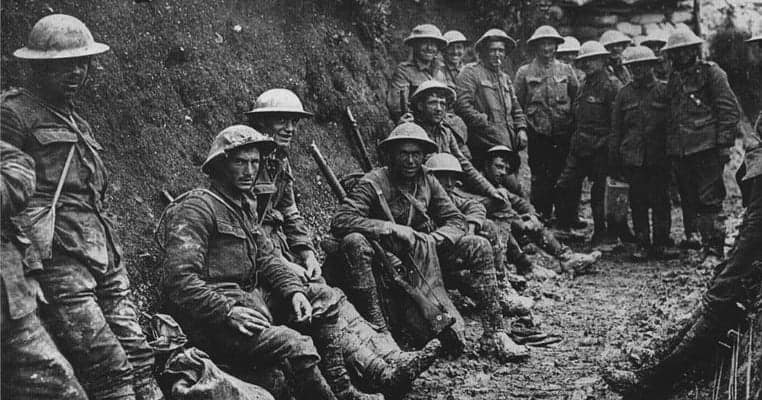 20 Wars in History that Left Behind Devastating Death Tolls

1. World War II, the deadliest war in human history, was responsible for the deaths of as many as 85,000,000 people in just six years

World War II, the largest and deadliest war in human history, was a global total war between 1939 and 1945, involving more than 30 countries and 100 million participants. Traditionally dated as beginning on September 1, 1939, following the invasion of Poland by Nazi Germany and the subsequent declarations of war by the United Kingdom and France in retaliation, the war rapidly expanded to engulf the majority of the world. Spanning multiple theaters of war, including Western and Eastern Europe, North Africa, and the Pacific, the Second World War saw France occupied by Germany in 1940, Japan attack the United States in 1941, and Russia betrayed by Germany only to rally and ultimately capture Berlin in 1945.

Although not even close to the longest war in history, the consequences of World War II were both lasting and devastating. Encompassing the creation and first use of atomic weapons, the mass industrial extermination of humans during the Holocaust, in addition to combat fatalities and widespread starvation, the Second World War is estimated to have been responsible for the deaths of 50,000,000 to 85,000,000. Despite concluding in the unconditional surrender of the Axis to the Allies, tensions did not abate; instead, the emergence of the United States and Soviet Union as rival superpowers merely provided the foundations for the half-century Cold War that was to follow.

“The Concise History of the Crusades”, Thomas Madden, Rowman and Littlefield (2013)

“The Origins of the Thirty Years’ War”, Myron Gutmann, Journal of Interdisciplinary History (1988)

“A People’s Tragedy: A History of the Russian Revolution”, Orlando Figes, Penguin Books(1998)

“The Last Days of the Incas”, Kim Macquarrie, Simon and Schuster (2007)

“Temur and the Problem of a Conqueror’s Legacy”, Beatrice Forbes Manz, Journal of the Royal Asiatic Society (April 1998)

“The Background of the Rebellion of An Lu-Shan”, E.G. Pulleyblank, Oxford University Press (1955)

“The Mongol Conquests in World History”, Timothy May, Reaktion Books (2012)