20 Times Humanity Had a Close Call with Nuclear Weapons... and We Are Still Miraculously Here to Tell the Tales 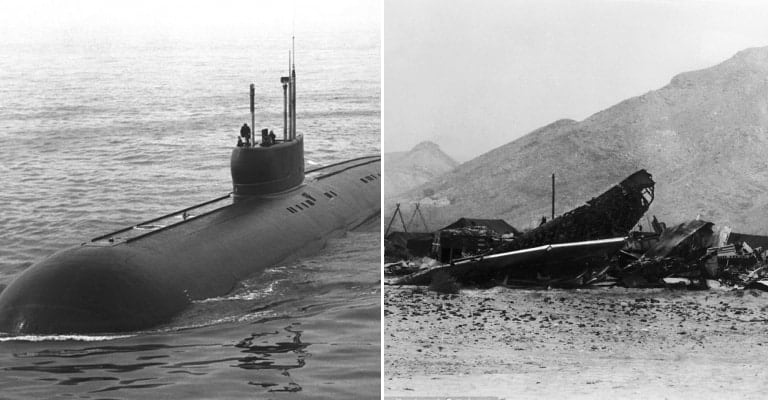 20. A Soviet submarine accidentally fired a nuclear warhead in 1977

On November 22, 1977, the Soviet submarine K-171 accidentally released a nuclear warhead whilst off the coast of Kamchatka. The cause of the accident has never been determined or revealed, in part due to characteristic Soviet military secrecy, and the incident only became public knowledge after a newspaper report on the incident in Vladivostok in 1993. The jettisoned warhead became the subject of an expansive search and recovery operation involving dozens of Soviet ships and aircraft, which eventually located and retrieved the intact nuclear device.

“The day America dropped 4 nuclear bombs on Spain… but the disaster, 50 years ago, has been forgotten by all but its surviving victims”, Guy Walters, Daily Mail, January 18, 2016.