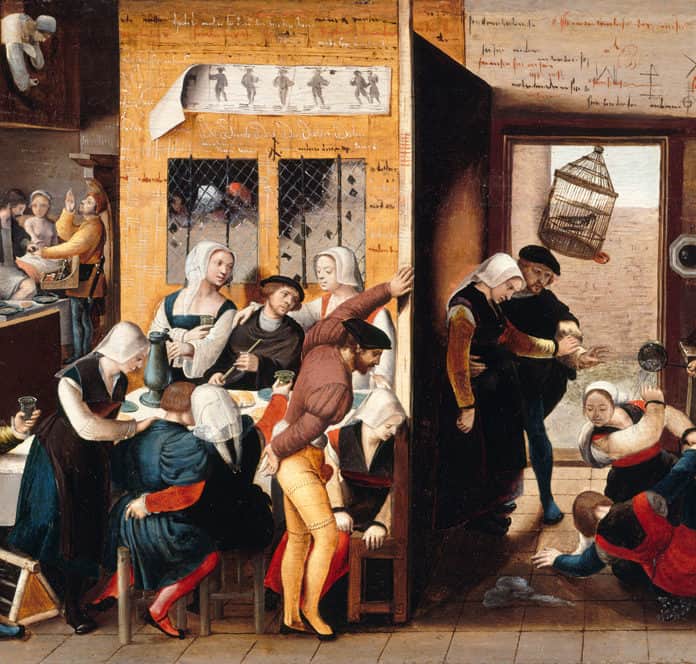 Turning 18 is a big milestone in your life. Depending on where you live in the world, you can have sex, watch naughty films, drink, smoke, or drive a car. But despite being able to do grown-up things, you are not necessarily a grown-up, and the new opportunities bring with them some stupid mistakes, lifelong regrets, and some great stories. Those precocious people who run their own successful business by that age or are mature enough not to let the new and exciting pleasures go to their heads are very much the exception that proves the rule.

Pope John XII was sadly not one of those people. Unfortunately for everyone else, he was not only Pope but the Prince of Rome at the age of 18. Far from taking his responsibilities seriously or getting advice from his elders and betters, John decided to use his new power to have a thoroughly brilliant time gambling, whoremongering, drinking, and hunting. He could more or less do anything he wanted, and that’s exactly what he did. So read on to find out why John XII is remembered as simply the worst Pope in nearly 2000 years of the office.

20. He was born Octavian, the son of Alberic II of Spoleto and either his stepsister or one of his concubines

John’s, ahem, unusual childhood really paves the way for his short and outrageous career. Christened Octavian in c.937, he was the son of Alberic II of Spoleto, the self-professed Prince of Rome. Alberic came to power when he defeated a vicious enemy… his own mother, the notorious Marozia, and his stepfather, King Hugh of Italy. Alberic II married his stepsister, Alda, who didn’t seem to mind taking power in Rome at the expense of her poor old dad. The moderately-incestuous couple had at least one son, Gregory I, Count of Tusculum, who went on to an illustrious political career.

Alberic, at least, had one other son: Octavian. Whether this boy was born within their marriage is unclear, but according to Benedict of Soracte, a contemporary chronicler, young Octavian, who became John XII, was actually the son of Alberic and a concubine. Benedict may have been using the Latin concubinam to cast doubt on the sanctity and legitimacy of Alberic and Alda’s marriage, but neither possibility is in Pope John’s favour. Either he was the product of an incestuous marriage, or of his father’s infidelity with a prostitute. An unconventional beginning led to an unconventional life.