20 Photos from the Tuskegee Syphilis Study 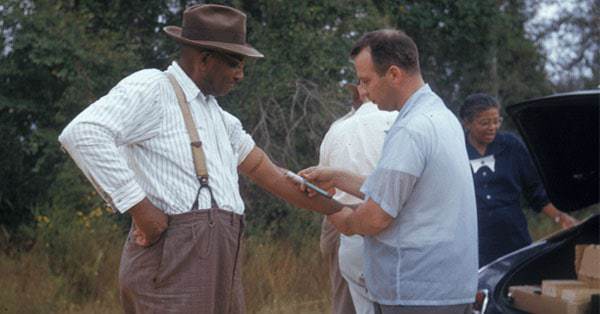 20 Photos from the Tuskegee Syphilis Study

The Tuskegee Study of Untreated Syphilis in the Negro Male, also known as the Tuskegee Syphilis Study was a clinical study conducted by the U.S. Public Health Service between 1932 and 1972. The purpose of the study was to observe the natural progress of untreated syphilis in rural African-American men. The patients were told that they were receiving free health care from the United States Government.

The Public Health Service, in collaboration with the historically black college Tuskegee University, enrolled 600 African American sharecroppers. 399 of these men had been previously diagnosed with syphilis. The subjects were given free medical care, meals, and free burial insurance for participating in the study. When funding was cut, the experiment continued without telling the subjects that they would never receive treatment.

The study continued until 1972, when the experiment was leaked to the press by Peter Bruxton. The test was terminated on November 16, 1972. Many men had died, 40 wives contracted the disease, and 19 children were born with congenital syphilis.