20 Photos of the History of the FBI, Part 1: The Birth of the Organization 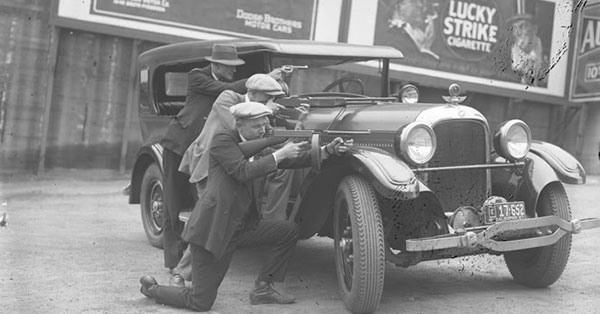 20 Photos of the History of the FBI, Part 1: The Birth of the Organization

In 1908 there were more than 100 cities in America with populations over 50,000 people. Crime was, without surprise, a growing concern. These cities were overcrowded with poor, disillusioned immigrants. Corruption was rampant nationwide in local governments, and big businesses. The Ford Model T was released and automobiles became affordable to the masses. They became both a resource and a target for criminals. The Anarchist Movement composed of violent radicals motivated by zealous ideology and bent on overthrowing the governments they hated was growing.

On March 29, 1908, in Union Square, New York City, an anarchist terrorist bombing took place. Selig Silverstein and 7,000 others were attending the Socialist Conference of the Unemployed. Police came to disperse the crowd because they were demonstrating without a permit. Silverstein attempted to throw a bomb at the police but it exploded in his hands, killing himself and one other. Before Silverstein died, he proclaimed “I came to the park to kill the police. I hate them.”

In 1906, Roosevelt appointed Charles Bonaparte (the grandnephew of Napoleon) to be the second Attorney General. Bonaparte felt inadequately staffed to fight the growing problems of crime and corruption. If he wanted an investigator to go on a fact finding mission to help the U.S. Attorney build a case, he had to rent highly trained but expensive Secret Service Agents. The Service Agents would report directly to the Chief of Secret Service rather than to him, which left Bonaparte feeling without control of his own investigations.

In May, 1908, out of fear that Roosevelt was exceeding his executive powers, Congress banned the loan of Secret Service operatives to any federal department.

On July 26, 1908, Bonaparte created a “regular force of special agents” and ordered the Department of Justice to refer most investigative matters to this group. The group was comprised of nine, well trained Secret Service investigators and an additional 25 top agents.

Stay tuned for The History of the FBI, part 2.