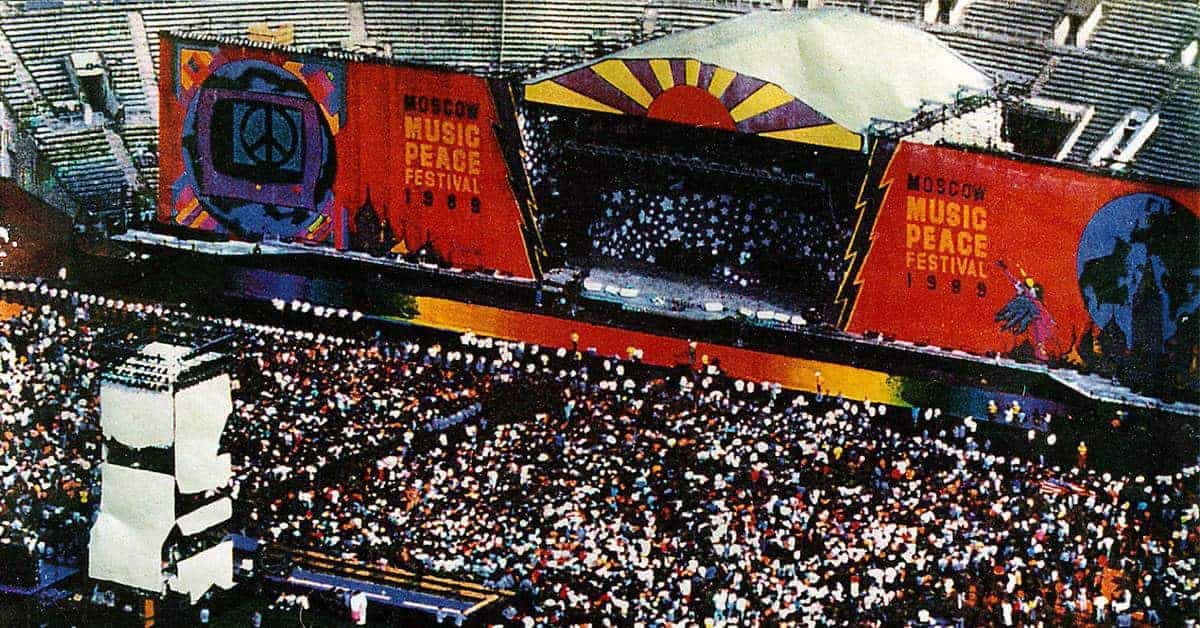 The Moscow Music Peace Festival was a series of performances by famous rock bands in the Soviet Union on August 12-13, 1989, as a promotion of peace and a way to establish international cooperation between the USSR and the West. The concert was put together by music producer and band manager Don McGhee and his Make a Difference Foundation

A secondary reason behind the festival was to help fight the Soviet drug problem. Don McGhee created the Make a Difference Foundation after being arrested for drug smuggling. One of the conditions of his parole was that he use his influence in the music world to start an anti-drug foundation. The Make a Difference Foundation brought doctors to the USSR to teach new methods of treating drug addiction. At the time, electroshock therapy was the primary treatment method in the Soviet Union.

The event was held in Moscow’s largest stadium, Central Lenin Stadium (now known as Luzhniki Stadium). This was the first time that an audience was allowed to stand and dance at a concert in the Soviet Union. Before this, all concert attendees had to remain seated.

The bands that performed were: Cinderella, Scorpions, Skid Row, Motley Crue, Ozzy Osbourne, and Bon Jovi from the West. Gorky Park, Nuance, and Brigada-S from the USSR.