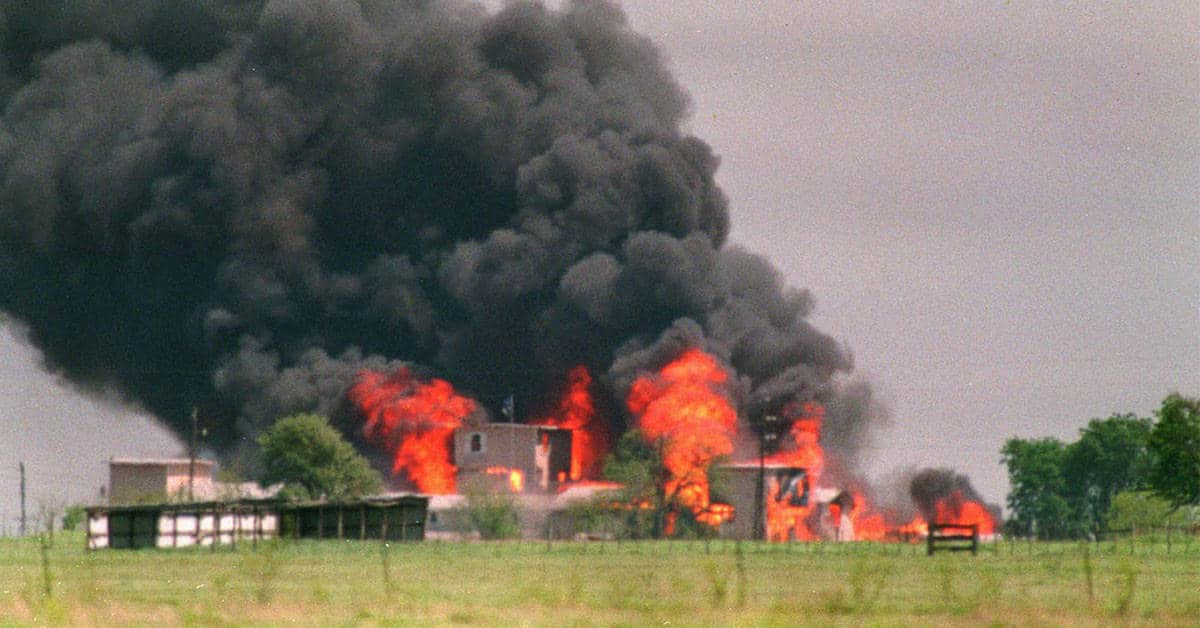 The Waco siege was the attack of a compound named Mount Carmel, home to the Branch Davidians cultist group between February 28 and April 19, 1993. The Branch Davidians, led by David Koresh, were suspected of weapons violations, child abuse, and methamphetamine production.

All the Branch Davidians’ weapons were registered and legal. They, as a religious group, believed in the impending apocalypse and stockpiled weapons in preparation.

The Bureau of Alcohol, Tobacco, and Firearms (ATF) had been alerted in May, 1992 by a UPS postman, that a package to Mount Carmel had broken open revealing firearms, grenade casings, and black powder. The ATF officially opened their investigation on June 9, 1992. On February 25, 1993 the ATF received arrest warrants for Koresh and a few other followers.

On February 27, the Waco Tribune-Herald began publishing an article series entitled “The Sinful Messiah,” alleging David Koresh physically abused children, committed statutory rape, and, being entitled to at least 140 wives, had declared himself married to several women on the compound. ATF scheduled their raid for February 28.

The ATF claim they heard shots fired from inside the compound. The Branch Davidians claim that ATF shot first. Three National Guard helicopters provided aerial distraction, took incoming fire, forcing them to land. The ATF uncovered a cache of weapons on Koresh’s bedroom.

At the end of the February 28 siege, four ATF agents and five Branch Davidians had been killed. The FBI took command of the siege and attempted negotiations over the next 51 days.

The negotiators were able to facilitate the release of 19 children between the ages of 5 months to 12 years old (Koresh’s 14 children remained in the compound). As time passed, increasingly aggressive techniques were implemented to force the Branch Davidians out, such as sleep deprivation (playing all night broadcast recordings of jet planes, pop music, chanting, and the screams of rabbits being slaughtered). Nine armored Bradley Fighting Vehicles destroyed the perimeter fencing and five M728 Combat Engineer Vehicles (CEV) patrolled the grounds. Eventually the FBI cut all power and water to the compound.

On April 19, 1993 the final assault began. The CEVs used explosives to create holes in the buildings for tear gas to be pumped into. When the Branch Davidians retaliated with gunfire, the amount of gas was increased. Three fires broke out in different parts of the compound but the US Government maintains that the fires was started by Branch Davidians.

Nine people escaped the flames. 76 Branch Davidians were killed in the fire.