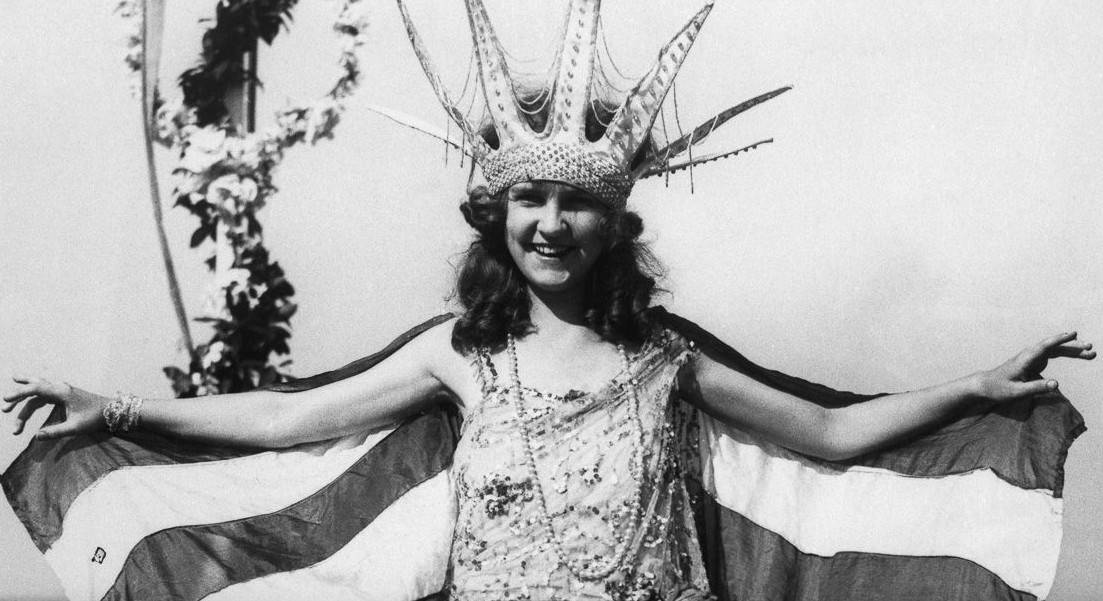 After decades of being broadcast on the radio and in newspapers, the Miss America Pageant finally came on TV for the first time in 1954. The contest had already been popular with radio and newspaper alone, but airing the competition on TV changed everything. The contest was earning ad revenue from commercials, and more people wanted to buy tickets to see it in person. The contest was no longer just seen by adults who lived close enough to travel to Atlantic City.

Little girls all over the country were watching pageants for the first time on television, and this became a snowball effect. Along with Barbie Dolls, girls were reevaluating the definition of beauty, based on Miss America.

4. In 1968, Feminists Protested Against The Pageant

In 1968, a radical feminist named Carol Hanisch was outraged at how Miss America was perpetuating an unrealistic image of the “ideal woman”. Even for women who were not competing in the beauty pageant, these expectations of beauty were beginning to change the standards for women in every day life. Miss America is not the only thing to blame, of course, but Carol Hanisch was angry enough to claim that they were part of the patriarchy that needed to go away.

Since the original pageant was created as a marketing scheme to sell more newspapers, and event organizers continue to profit off of the contest to this day, feminists see Miss America as a tool for men to use women’s bodies for their own benefit.

There had been black beauty pageants before, and Miss America had begun to allow black girls to audition since the 1950’s, but the inequality in who was chosen as the winner was clear to everyone, and there was an overwhelming bias to accepting white girl candidates and winners. The founder, J. Morris Anderson, felt his heart breaking when he saw his young daughters saying that they wanted to become Miss America some day, but he knew they would never be able to.

2. Scandals, And The Pageant Downfalls

Vanessa Lynn Williams was the first black woman to win the Miss America pageant in 1984. As a teenager, she was an aspiring model, and she was manipulated by a photographer to agree to do a racy photo shoot. After she became famous, the photographer tried to sell her nudes to Playboy, who refused to do so without her permission. He tried again with Penthouse Magazine, who seemed to have no issue secretly posting those old photos behind her back. Vanessa Williams was humiliated, and had to apologize to her entire family for her past mistakes and relinquish her title as Miss America. She attempted to sue Penthouse magazine, but her lawyer told her that if it went to trial, the defense would uncover every single detail about her life to try to damage her reputation. She opted to let it go, and try to move on with her life.

Thankfully, Vanessa was able to come back from the scandal. She had a very successful music career. Her song “Save the Best for Last” is still played on the radio today, and “Color of the Wind” was used in the Disney movie Pocahontas.

After this scandal, people began to realize just how much young women in the modeling industry were being exploited. Today, most of the scandals have everything to do with money, like the 2016 scandal where Miss Florida was kicked out of the competition for using her own hair and makeup team, and she turned around and sued Miss America for $15 million. It’s no secret that pageants are big business, and they can make or break a woman’s career.

Today, beauty pageants cause very polarizing opinions; You either love them, or you hate them. TV shows like Toddlers in Tiaras gave a behind-the-scenes look of the cringe-worthy world we now live in, where literal babies are paraded around by their parents in hope that some day, they might grow up to become the next Miss America.

In the original Miss America, competitors showed up wearing their Sunday Best. Today, they are expected to buy multiple outfits that are incredibly expensive to make. On average, one dress costs hundreds, if not thousands of dollars. Their goal is to win a scholarship, but only one girl out of hundreds of competitors will actually go away winning the crown.

How Vanessa Williams Endured Her Miss America Scandal. The OWN Network. YouTube.