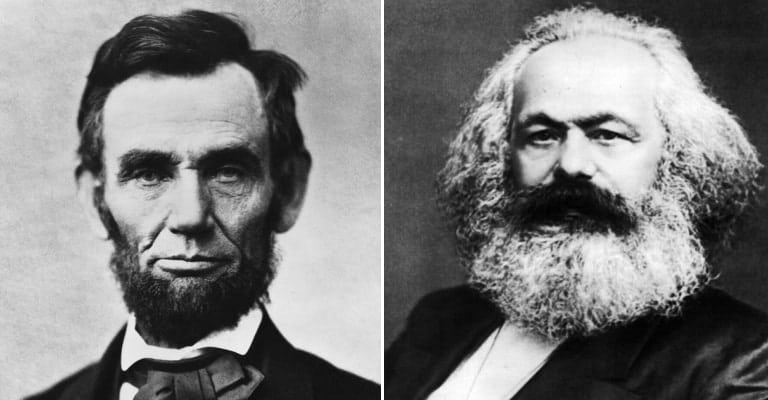 5. ‘The Beggar’s Opera’ Was So Hilarious, A Theatergoer Laughed Herself to Death

In April of 1782, a Mrs. Fitzherbert went out with some friends to see The Beggar’s Opera in London, starring a popular actor named Charles Bannister. When Bannister appeared onstage in drag, portraying a character named Polly Peachum, the audience was thrown into fits of laughter. The audience eventually collected itself, wiped the tears from its eyes, and resumed watching the play. Not so, Mrs. Fitzherbert. As described by The Gentleman’s Magazine soon thereafter: “Not being able to banish the figure from her memory, she was thrown into hysterics, which continued without intermission until she expired on Friday morning”

Another contemporary source described it in more detail: “Mrs. Fitzherbert, the widow of a Northamptonshire clergyman, had been with some friends to Drury Lane on the evening of 17 April 1782 to see the transvestite ‘Beggar’s Opera’ in which Charles Bannister played Polly. This lady was overcome by laughter to the extent that she had to leave before the end of the second act. She continued in hysterics until the morning of 19 April, when she died“.

4. Kaiser Wilhelm’s Saboteurs Almost Blew Up the Statue of Liberty

Visitors used to be able to go up to the Statue of Liberty’s torch, but today, they can only go as high as the crown, thanks to WWI German agents. Their target was Black Tom Island, a major munitions depot back then, in New York Harbor, just off the New Jersey shore. When WWI started, the island’s warehouses could barely keep up with the combatant’s orders for munitions. Both sides could technically buy American munitions, but only the Entente, whose navies controlled the seas, could transport them. So Germans agents were sent to do something about that.

On the night of July 30th, 1916, Black Tom Island had about two million pounds of munitions in freight trains and barges. Shortly after midnight, guards noticed a series of small fires on the piers, and took to their heels, fearing an explosion. At 2:08 AM, a massive explosion hurtled debris for over a mile, shattered windows up to 25 miles away, and caused about half a billion dollars in damages. The actual death toll is unknown, as there were many housing barges nearby, and many victims are thought to have been incinerated. The blast and debris struck the Statue of Liberty, popping rivets in its upraised arm holding the torch, and that part of the statue has been closed to the public ever since.

The Qarmatians were bandits in 9th Arabia, who preyed on caravans, until they began following a mystic who preached that the End Times were nigh. They morphed into a heretical millenarian cult, and captured eastern Arabia and Bahrain, where they founded a utopian religious republic in 899. Believing that pilgrimage to Mecca, a pillar of Islam, was a superstition, the Qarmatians attacked pilgrim caravans, and in 906, massacred over 20,000 pilgrims. In 930, as part of their millenarian quest to speed up the End Days, they seized Mecca and Medina, Islam’s holiest cities, and sacked both.

The Zealots were 1st century AD Jewish radicals who sought to free the Holy Lands from Roman occupation. However, a splinter group known as the Sicarii thought the Zealots were too soft, so they upped the stakes and became history’s earliest identifiable terrorists. The Sicarii, named after their knives, or sicae, blended into crowds at public gatherings, then suddenly charged their victim, stabbed them, and vanished back into the crowd in the ensuing confusion. They primarily targeted the pro-Roman Jewish aristocracy, and their victims included a High Priest of the Jewish Temple, after whose killing they went on a terrifying assassination spree.

The Sicarii sought to provoke the Romans, who needed little provocation before resorting to massacres and collective punishment. That kept discontent smoldering, lit new flames of resentment, and furnished a steady stream of new recruits from the families and friends of Roman victims. The Sicarii also engaged in sabotage to worsen the public’s living conditions and keep it disgruntled. Gifted with an occupier ready to resort to indiscriminate violence, Sicarii invited massive Roman retaliation, to force the hands of fence sitters. They could do nothing and still end up massacred or enslaved by angry Romans in no mood to distinguish “good” natives from bad, or join the resistance in a bid to gain freedom, or at least the dignity of an honorable death.

1. Japan And Germany Were Enemies in WWI

Japan was WWII’s second main Axis power, but two decades early, in WWI, Japan had fought with the western democracies against Germany. It was not out of any philosophical affinity for democracy. In 1914, the Japanese government realized that its interests were best served by joining the Entente powers, so it approached Britain, with whom it had an alliance treaty, and proposed joining the war in exchange for Germany’s Pacific possessions. The British wanted Japan to counter German naval power in East Asia, so they accepted. Japan duly declared war against Germany on August 23rd, 1914, and against Austria-Hungary two days later.

Ten days later, Japanese forces besieged the German settlement in Tsingtao, China, and captured it on November 7th. Simultaneously, the Japanese Navy seized Germany’s Pacific possessions of the Marianas, Carolines, and Marshall islands. Having fulfilled its part of the bargain by suppressing the Germans in the Far East, and chasing the German East Asiatic Squadron out of the Pacific, Japan spent the rest of the war making the best of it. By 1917, millions had died in Europe, but in Japan, the conflict meant not hardship, but a wartime boom, as Japanese industry and factories went full blast in producing goods for her insatiable allies.

GM Watch – Bayer and the Holocaust