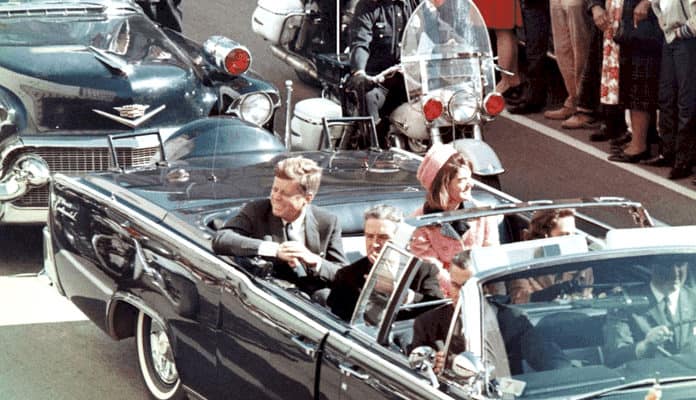 Although reality is fascinating, the lives of humans are inevitably constrained by the limitations of ordinary existence. Compared to our imaginations, wherein anything is possible, the real world is often a far more mundane and less exciting place to inhabit. Coincidences, random chance, and natural misfortune play an intensely central part of our lives, even more so regarding the most momentous turning points of history. As a result, it is perhaps unsurprising that, in the absence of a seemingly rational explanation of irrational and inexplicable moments of history, that we turn to lurid and ill-thought out conspiracy theories to offer understanding. Providing us an exciting and more cinematic alternative to the conventional real-world realities, these theories, if left long enough, have the capacity to morph into fact in the minds of the ill-informed, however, harming both our collective history and our democratic public discourse.

Here are 20 (untrue) conspiracy theories from across American history that were (and in some cases still are) actually believed by people:

20. Hinckley’s assassination attempt was an elaborate conspiracy by George H.W. Bush, in cahoots with the CIA, to remove and consequently succeed President Reagan

Born May 29, 1955, John Warnock Hinckley Jr. became a household name in the United States, and indeed the world, following his failed attempt to assassinate President Ronald Reagan on March 30, 1981. Shooting at Reagan as the American President departed the Washington Hilton Hotel following a speaking engagement, Hinckley fired six bullets, striking White House Press Secretary James Brady, Secret Service agent Tim McCarthy, and Officer Thomas Delahanty of the Metropolitan Police Department, before finally hitting Reagan himself in the chest. Arrested and charged with thirteen offenses, Hinckley was found not guilty by reason of insanity and was institutionalized until 2016.

After his trial, he wrote that his attack had been “the greatest love offering in the history of the world”, it is generally believed the mentally-ill Hinckley committed the act as a result of erotomania – a delusional condition resulting in obsessive infatuation. Believing he would win the affections of actress Jodie Foster, Hinckley sought to reenact the climax of Taxi Driver and assassinate a politician. Despite overwhelming evidence in favor of this motivation, alternative conspiracy theories have remained prominent. Centering in particular around the late George H.W. Bush, Reagan’s Vice President and formerly Director of the CIA, one such theory contends Bush used his connection to The Agency to brainwash Hinckley and remove his superior in an attempt to claim the Oval Office for himself.