18 of the Most Powerful Feminists of All Time 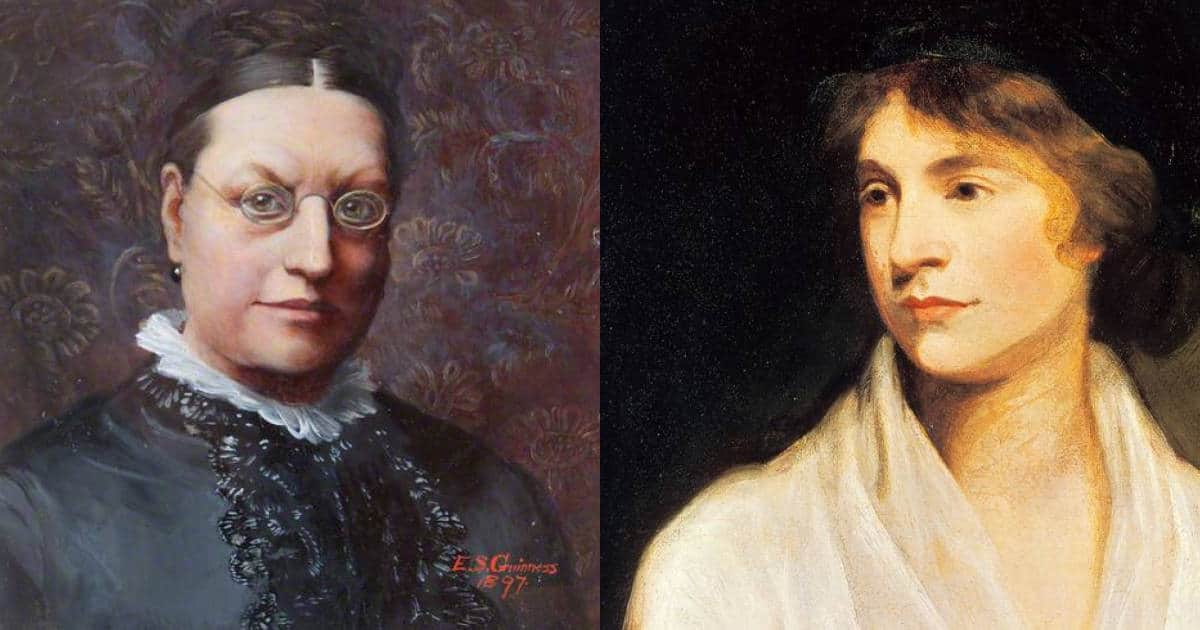 18 of the Most Powerful Feminists of All Time

16. Lydia Becker juggled campaigning for women’s votes in Britain with being a scientist and contributor to the work of Charles Darwin

When they were campaigning for women in Britain to be given the vote, the Suffragettes were often dismissed as bored, â€˜silly’ housewives without the intellect or sophistication to understand politics. Such a change could never be leveled at Lydia Becker. For as well as being a leading figure in the votes-for-women movement, Becker also possessed a fine scientific mind. Indeed, had she been born in more enlightened times, she might be better remembered for being a biologist rather than for her accomplishments as a feminist.

Born into a family of German immigrants in Manchester in 1827, Becker was educated at home. However, this was not enough to satisfy her fierce intellectual curiosity. As a young lady, then, she taught herself botany and biology. She submitted articles to leading journals with some success. What’s more, she corresponded regularly with Charles Darwin and even contributed her own research and ideas to his work. Alongside this, she also became increasingly involved with the burgeoning feminist movement of the time.

After establishing the Ladies’ Literary Society of Manchester – and even convincing Darwin to share original work with the feminist group – she was an active participant in the first public meeting of the National Society for Women’s Suffrage, also held in Manchester. She toured the cities of northern Britain, lecturing on women’s rights and suffrage. She also established the Women’s Suffrage Journal and even went so far as to call for unmarried women to be given the vote – something even many ardent feminists of the time were against. Thanks to Becker’s work, some municipalities allowed women to vote in local elections from the 1870s onwards.

Notably, one of Becker’s many talks was attended by Emmeline Pankhust, who was inspired to take up the cause of votes-for-women herself. Pankhurst would, of course, go on to become a leading figure of the later Suffragette movement that succeeded in getting the vote for women in 1918. Becker died in 1890 while she was holidaying in the south of France. She was aged just 63.

17. Antoinette Brown Blackwell made history by becoming America’s first female minister but left the pulpit to fight for feminism

Before she was even a teenager, Antoinette Brown was preaching in her family’s Congregational Church in Rochester, New York. A bright, well-educated young lady, she wanted to become a preacher. To this end, she went to Oberlin College in Ohio and, after much trying, succeeded in getting a place on the theology degree course there. Then, in 1851, she obtained a licence to preach, becoming America’s first ordained religious minister. From the pulpit, she preached on a range of topics, above all promoting equality between the genders and races. Within a year, however, she stepped down and hit the road.

After leaving her ministry, Brown focused almost all her energy on campaigning for women’s rights. While some feminists concerned themselves with getting women the vote, she believed this was not a priority. Instead, she wanted to improve the social and economic conditions of America’s women first and foremost. Only then, she believed, should the fight turn to voting. She campaigned against slavery and for temperance and argued that women should take on traditionally â€˜male professions’ while men should do more domestic work. Unlike many of her peers, however, she was largely against divorce.

In 1875, Brown published her main work, The Sexes Throughout Nature. Here she argued that men and women are equal but biologically different. The book was well-received and influential. Even Charles Darwin praised the work. To this day, it remains a key text in the history of feminist thought. Brown died in 1920 at the age of 96, living just long enough to see the passage of the Nineteenth Amendment to the Constitution, which gave women in America the vote at last.

18. Lady Constance Bulwer-Lytton gave up a life of luxury to fight for women’s votes and ended up paying the ultimate price

While in prison, serving time for affray, Constance Lytton took a piece of broken pottery and carved the letter â€˜V’ into the flesh of one of her breasts. It was a V for â€˜Vote’. As one of Britain’s leading campaigners for female suffrage, Lytton was prepared to go the extra mile for her cause. While some of her contemporaries believed in taking a soft, long-term approach to achieving her goal, she was far more radical, both in her aims and her methods. Indeed, Lytton paid a high price for her beliefs: she forsook a life of luxury for the cause, and she even died young as a result of her sacrifices.

Born in 1869 to an aristocratic family, Lytton turned her back on her inherited privilege almost as soon as she entered her teenage years. Not content with a quiet, lazy life, she joined the Women’s Social and Political Union (WSPU). The group were the most extreme of all the organizations campaigning for female suffrage in Britain. They would take direct action and their members were often arrested. For this reason, Lytton assumed an alias, Jane Wharton, so that she would not be given preferential treatment due to her aristocratic background.

In all, Lytton was jailed on four occasions. While serving time in a Liverpool jail in 1910, she went on hunger strike and ended up being force-fed. Then, when war broke out in 1914, the WSPU agreed to halt its direct actions. Instead, Lytton turned her attention to the issue of birth control. She aided Marie Stopes in her mission to establish family planning clinics across England, though alongside this, she never stopped giving lectures and writing pamphlets calling on the government to finally give women the right to vote.

Finally, in 1920, the suffragettes’ wishes were granted. Parliament passed a law giving women over the age of 30 the vote. Just three years later, Lytton died, aged just 54. According to most accounts, she never fully recovered from her time behind bars, and especially her time on hunger strike. She was buried in a casket draped in the colors of the suffragettes museum and interred in the family grounds. Today, she is remembered as a martyr for the cause and one of Britain’s most committed and passionate feminists.

“Who is Aphra Behn?” Abigail Williams, The University of Oxford.