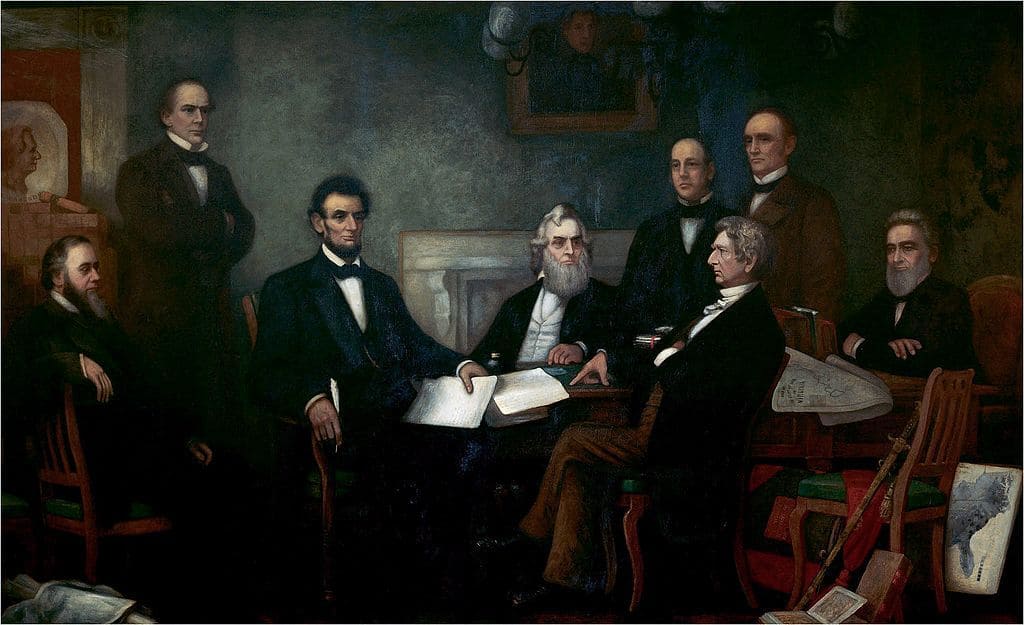 17. His sense of humor was legendary among his colleagues

Ward Hill Lamon related the story that once, when he was prosecuting a case before the circuit court in Bloomington, Illinois, he split the seat of his trousers. Without time to change he appeared before the court, where it was quickly apparent to the other circuit court riders in attendance that his attire was somewhat disheveled. One of the other lawyers present started a petition for each of the attending to donate a small sum with which the unfortunate Lamon could purchase new trousers, a joke on the embarrassed and exposed young attorney, which referred to his inability to properly wardrobe himself on his legal earnings. When the petition reached Lincoln, he scribbled on the paper, “I can contribute nothing to the end in view”.

Lincoln’s humor and wit remained with him through all but the darkest days of his lifetime, departing when he fell into depressive states, as when his sons died, or after another calamity on the battlefields of the Civil War. His taste for what some considered coarse tales contributed to his enemies depicting him as an uncultured and uneducated lout (he once called his own education “deficient”), but he continued to disarm and amuse visitors with tall tales and jokes, and loved hearing new stories from others. He once held up a receiving line of several hundred visitors when he encountered a visitor who had related a joke several days before, holding a lengthy whispered conversation. Later the visitor said that Lincoln remembered the joke, but had forgotten the punch line, and had desired his visitor to repeat it for his later use.

April 14, 1865, should have been a day of triumph for Abraham Lincoln. He had recently visited the captured Confederate capital of Richmond, and Lee’s surrender, though not ending the war, promised that it would end soon. His meetings of that day were focused on the reconstruction of the South and the reentry of the southern states into the Union. His health was good, he didn’t need to take the mercury based blue mass pills which he used to control his chronic constipation, as the condition eased as he relaxed. He signed a few papers at his desk, one a pardon for a captured Union army deserter sentenced to death by a court martial, another legislation creating the Secret Service, which would protect currency from counterfeiting as its first role.

It has been written by many biographers and historians that Lincoln had premonitions of his own death. But that day, Good Friday, Lincoln enjoyed an afternoon carriage ride in Washington with his wife, and spoke of his desire to visit the Holy Land after leaving the White House, before returning to Springfield and the practice of law. That night he was shot in the back of his head as he watched a play. It is interesting to speculate what might have happened had the derringer used by his assassin misfired, as that particular model had a habit of doing. How would John Wilkes Booth have dealt with the former wrestler, who had once fought off river pirates with little but his hands and wits, and avoided a duel by intimidating his more diminutive opponent? Unfortunately, there is no answer.

“Lincoln’s Lieutenants: The High Command of the Army of the Potomac”. Stephen W. Sears. 2017

“The life of Abraham Lincoln: From his Birth to his Inauguration as President”. Ward Hill Lamon. 1872