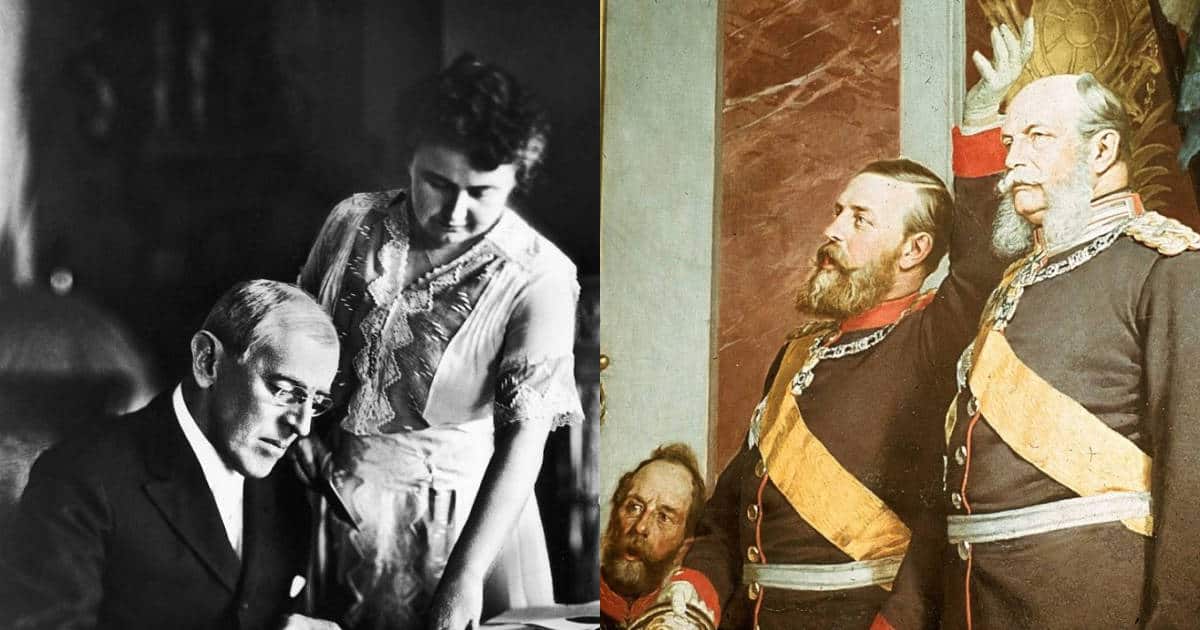 15. Cardinal de Richelieu transformed French politics and society by making himself a powerful voice in the King’s ear

In 17th century France, the King had absolute power. The Church, however, was also highly powerful. Both institutions were reliant on the support of the other, something Cardinal Arman Jean du Plessis, the 1st Duke of Richelieu realized all too well. Far from being a humble man of God, he was ambitious and power-hungry and used his position in the Catholic Church, as well as his cunning, to become the most powerful man in the court of Louis XIII. While he may not have been born with royal blood, he was seen by many as the true power behind the French throne.

Richelieu’s rise to prominence was swift and spectacular. Born in 1585, he was a Catholic bishop by the age of 32. By 1616, he was France’s Foreign Secretary and then, two years after being made a Cardinal, he was named Louis XIII’s chief minister in 1624. It was a position he would held for almost two decades until his death in 1642. He used his unique position to block the nobles’ access to the king. This way, he steadily kept the nobility out of government. Many go so far as crediting Richelieu with the transformation of France into a strong, highly-centralized state.

Outside of domestic politics, Richelieu also dictated French foreign policy. He made allies and he made enemies, always seeking to ensure French dominance, even if it meant signing agreements with Protestants. The â€˜Red Eminence’ also transformed the nation’s cultural life, above all promoting and protecting the French language. Even when he died, he still had a say in the affairs of state – after all, his successor was Cardinal Mazarin, a man who he had personally chosen and groomed for the role.

While for many, Richelieu is the ultimate example of the â€˜power behind the throne’ phenomenon, historians of 17th century France often argue that, though he undoubtedly had huge amounts of power and influence, ultimately, the King was in charge. The so-called Day of the Dupes is held up as evidence for this. On this day in November 1630, it looked like Richelieu’s time was up. His enemies joined forces and gained the queen mother’s backing. They demanded the King dismiss his closest adviser. Apparently, even Richelieu himself expected to be dismissed. In the end, however, Louis XIII kept him in power – proof that Richelieu’s elevated status at the Court was wholly dependent on royal approval.

16. Grigori Rasputin wormed his way into the affections of the Russian royal family, though how much power he had over the Tsar is a mystery

He was the holy man who charmed his way into the inner circle of the Russian royal family. Grigori Rasputin came from almost nowhere to be far more than just a friend to the family of Tsar Nicholas II, the last monarch of Russia. But just how powerful was the â€˜Mad Monk’? Did he, as some contemporaries feared, have almost complete control over the royal family? Or did the Tsar merely tolerate his presence knowing that his wife was happy and his son safe? This has long been – and continues to be – the source of much heated debate.

Born a Siberian peasant in 1869, Rasputin joined the Orthodox Church as a young man. After years of wandering, he ended up in St. Petersburg and used his unique charms and mysticisms to start making a name for himself within Russian society. He became acquainted with the ruling Romanovs and offered to treat their son, Alexei, who suffered from hemophilia. He allegedly stopped the boy’s bleeding. The Tsarina was amazed and hugely grateful. She invited Rasputin to become her son’s primary carer, bringing him into the inner circle.

Just how powerful Rasputin was within this inner circle is highly debatable. He did give some military tips to the Tsar. Most notably, in the summer of 1915 he advised the Tsar to take full control of the Russian Army. This meant the King left the capital for the front, leaving the Tsarina – and, critics argued, Rasputin, too – in charge of the country. Undoubtedly, the self-proclaimed man of God did have some hold over the Tsarina. However, claims that he used her as his puppet or that he had sexual relations with numerous women of high society may just have been anti-monarchical propaganda spread in the wake of the 1917 revolution.

The Tsar’s supporters certainly believed Rasputin to be a harmful influence. In December 2016, they murdered him in the most brutal way imaginable, and then threw his body into the river. But it was too late to save the Russian monarchy. Just a few weeks later, the people rose up. Tired of the war, the Russians demanded their Tsar step down. The Russian Revolution had begun.

“He made men into kings: The all-powerful Earl of Warwick.” Royal Berkshire History.