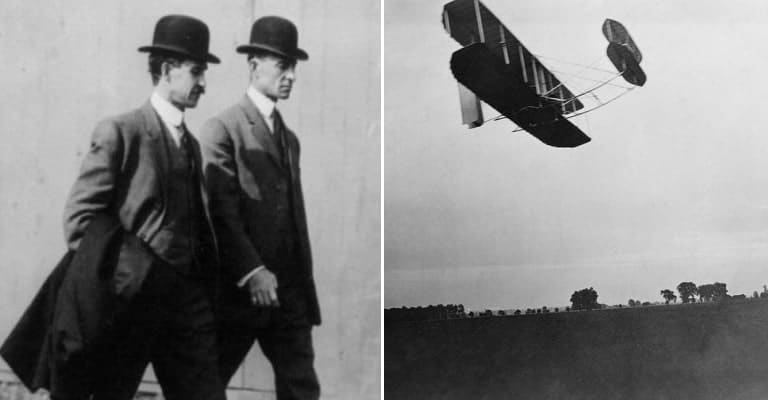 1. In a show of respect for the Wright Brothers, Neil Armstrong carried with him to the Moon a piece of the original Wright Flyer

After retiring from the Wright Company in 1915, Orville served for 28 years on the National Advisory Committee for Aeronautics: the institutional predecessor to the National Aeronautics and Space Administration. In recognition of this continued contribution to scientific discovery and promotion, and for assisting with the advancement of aeronautics into aerospace, the crew of Apollo 11 – the first lunar mission – requested in 1969 that they be allowed to take a token of the Wrights with them.

Granted permission, Mission Commander Neil Armstrong, a fellow Ohioan and the first man to walk on the surface of the moon, carried in his spacesuit pocket on July 21, 1969, a piece of fabric taken from the left wing of the original Wright Flyer; Armstrong also carried with him a small piece of wood from the airplane’s left propeller. Armstrong would later offer a eulogizing speech at the 100th anniversary of Wilbur’s death in 2012, praising the brothers’ “remarkable successes in achieving what the most highly educated aeronautical experts had been unable to do”.

“Visions of a Flying Machine: The Wright Brothers and the Process of Invention”, Peter Jakab, Smithsonian National Press (1997)

“Wilbur and Orville: A Biography of the Wright Brothers”, Fred Howard, Dover Publications (2017)

“To Conquer the Air: The Wright Brothers and the Great Race for Flight”, James Tobin, Simon and Schuster (2004)