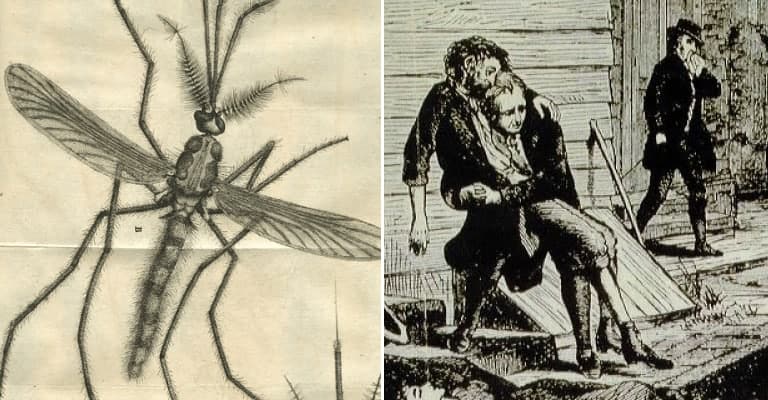 Africanized bees, also known as killer bees, are a hybrid species that was created in Brazil in the 1950s to increase honey production. As happens all too often when plants and animals are used as science experiments, a group of the bees escaped their quarantine and began to build colonies throughout South America and into North America. Few people are actually stung to death by killer bees – usually only about one person per year in the United States – and even that number is almost always because the victim antagonized them. However, they are dangerous, as people found in 1985 when the bees were located in Texas.

Killer bees are known to attack anything that they believe is threatening the hive. They can chase people and animals for as much as a quarter of a mile, and when they travel as a swarm, they can overwhelm the victim by delivering thousands of bites. As many as 1000 people worldwide have died as a result of being attacked by hordes of killer bees. Since they first arrived in the United States in 1985, they have spread northward. Today, killer bees can be found all across the continental United States. Efforts to control and thwart their spread have been met with varying degrees of success.

Texas is one of those states that is both blessed and cursed by its geography. Its massive land size and natural resources make it a producer of many products and goods that are used by people in America. Its long coastline that borders the Gulf of Mexico makes it prime real estate for hurricanes. When these massive storms find their way from the Atlantic Ocean to the Gulf of Mexico, the warm gulf waters cause them to intensify dramatically. When they make landfall, they can be catastrophic, bringing not only heavy wind and storm surges but also flooding.

When flat places like Texas flood, the water isn’t usually able to drain quickly; in the meantime, mosquitoes have a perfect environment for laying eggs, which can cause swarms of Biblical proportions. This is precisely what happened in August of 1980, following widespread flooding brought by Hurricane Allen. Billions of mosquito eggs hatched and swarmed local farms with such force that they drained the blood from cattle and horses. An estimated four million bites were required to kill each animal, an average of 5,300 bites per minute for 12 hours straight. The infestation lasted for weeks before it finally subsided.

People who live on or near dormant volcanoes don’t tend to take the sleeping giant on their doorstep seriously. When the cataclysmic eruption comes, people tend to be entirely caught off guard, despite warnings in the forms of tremors, smoke plumes, and mini explosions. These eruptions tend to be so dangerous because historically, people tend to remain in their homes rather than flee to safety. That’s what happened when Mount Pelee, on the French island of Martinique, blew its gasket in 1902. The eruption was violent and caused massive damage. Out of a population of approximately 28,000 people, only two are known to have survived.

Before its eruption, Mount Pelee gave plenty of warning. Tremors and ash clouds in the days and weeks before the explosion caused a plague of pests to swarm villages and towns. The repertoire of pests included foot-long millipedes and colonies of red ants that bit people and animals incessantly. Moreover, with the pests came snakes. Hordes of poisonous snakes descended on Martinique in April 1902. At least 50 people and 200 animals died because of venomous bites. Those that survived the plague of snakes fell prey to the ensuing eruption, except for the two people that are known to have survived.

“The Bugs That Bugged the Colonists” by David Robinson. Colonial Williamsburg Journal. Autumn 2007.