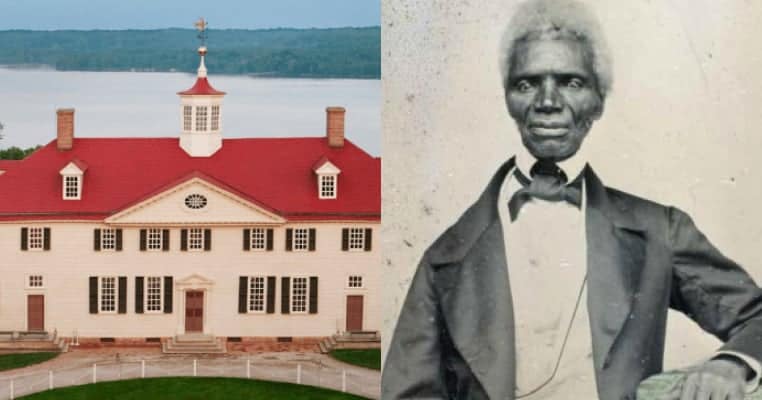 3. Ona Judge, a Story of One Mount Vernon Slave

Ona Judge became Lady’s Maid to Martha Washington. Martha, who didn’t have the same conflict about slavery as her husband and didn’t mind confrontation, treated the slaves a bit differently than George. Other than taking care of Martha, Ona’s main job was to sew. She would sew whatever Martha needed, such as new dresses and other clothing.

This particular slave would have worn a simpler dress than Martha, a cap on top of her head to cover her hair, and an apron over her dress. In 1796, Ona ran away from the Mount Vernon mansion. While Washington put an advertisement in for her return, no one ever captured Ona. She ran off to New Hampshire, where she lived out the rest of her life hidden from the world of slavery. Today, Ona’s story is in a new book called Never Caught: The Washingtons’ Relentless Pursuit of Their Runaway Slave, Ona Judge.

2. Kate, Story of a Field Worker at Mount Vernon

There were more field slaves on Mount Vernon than there were any other types. These slaves worked in the fields, where they would plant and pick whatever crops Washington decided to plant. They lived in the slave quarters close to the field they had to work. Kate is one of the field worker slaves who not only worked outside but also as a midwife to Mount Vernon’s enslaved community.

The time of year didn’t matter for slaves at Mount Vernon. Even field slaves worked outside during the winter. Kate would be seen wearing a skirt that reached her ankles. The cloth would be cut off at the ankles so that movement could be more natural. She would also wear a loose-fitting shirt, which she would tuck into her skirt. Her shoes had buckles on them, and in the winter she would wear wool on top of her shirt.