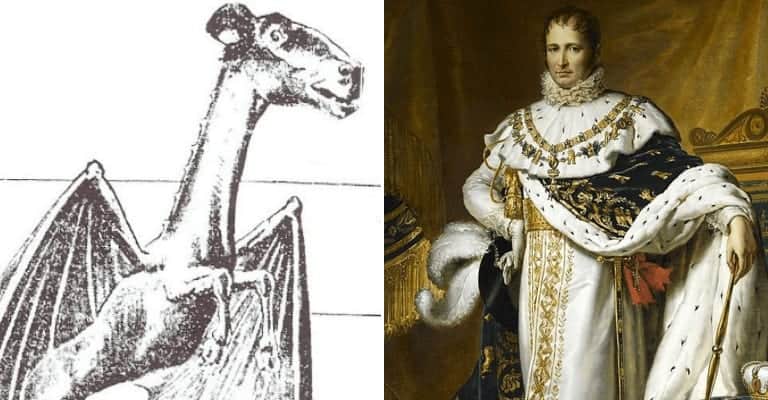 The Wharton State Forest is smack dab in the middle of the Pine Barrens, and it contains the Batsto Village, which has been intact since the 1700’s. In 1980, the chief forest ranger named Alan MacFarlane was called out to a South Jersey farm near the Wharton State Forest. The entire pack of the farmer’s pigs had been brutally slaughtered in the middle of the night. The back of each pig’s head had been eaten, as if something perched on their backs and ate their brains. Their backs were scratched, but whatever killed the pigs left the rest of the body alone, and moved on to the next animal in the pack.

This type of attack is not normal behavior for many of the local animals. In all of his years of experience, Chief MacFarlane had never seen anything like it. The sight was horrifying, to say the least. The mystery has never been solved. Locals believe that the only possible explanation to this case is that the Jersey Devil must have done it.

8. Bikers Hear Screams of the Devil in The 1980’s Pine Barrens

Riding dirt bikes and ATVs is a popular hobby in New Jersey, especially around the Pine Barrens. A group of young men from the were camping in the middle of the woods and riding their bikes through the dirt trails in the 1980’s . One day, their bikes suddenly stalled out at the same time. At that moment, they heard a scream coming from the distance that did not sound human, and it was unlike any creature they could identify. The men dropped their dirt bikes and began running away. However, nothing was chasing after them.

Several men in the group were so scared, they decided to go home and soon as their bikes were working again. A few of the men were brave enough to handle it, so they decided to stay behind. Unfortunately for them, they continued to hear the screaming and screeching for the rest of the night. The Pine Barrens is popular for people who ride motorcycles, because the roads are long and straight, and it’s rare to see any police officers who will pull you over for speeding. Biker bars are located every so many miles. So the men stopped in one of the biker bars to get a drink on their way home. They told the bartender the story, and he matter-of-factly said that it was the Jersey Devil, and that those kinds of sounds are heard all the time around there.

7. In 1993, a Forest Ranger Spots The Creature Near Mullica River

In 1993, a forest ranger named John Irwin was inspecting the Mullica River, which runs through the New Jersey Pine Barrens. He was driving when he had to stop his car, because there was a huge animal in the middle of the road. He described it as having thick, black, matted fur, but it also had horns, like the devil. It stood over six feet tall. Irwin and the Jersey Devil stared at each other for several minutes. This was years before people carried smartphones, so there would be no way for John Irwin to capture any evidence, either. He did not dare to move his car, afraid that it may try to attack him. After their staring contest was over, the creature went back into the forest.

Assuming that Irwin was telling the truth, there are black bears in New Jersey, so it’s possible that this was the creature he saw. When they stand up, they can often be over six feet tall, as well. However, as a forest ranger, he should be able to tell what a bear is. There is not other creature that would possibly match this description.

6. The Legend of the Smithville Inn

Fran Coppola, the owner of the Smithville Inn, walked outside one night to put the restaurant’s trash into the cans behind the Inn. She looked up, and saw the shadow of a winged creature looming over her. She felt very calm, and instead of running away, she just continued to stare. For whatever reason, she felt that the Jersey Devil was actually guarding the Smithville Inn and protecting it like some kind of guardian angel, rather than trying to attack the patrons.

Fran Coppola fully admits that she is a true believer in the Jersey Devil, and that she had been thinking about the legend that same day before she saw the shadow. It’s very possible that this could have been a figment of Coppola’s imagination, but she swears it’s true, and even went on record in a documentary about the Jersey Devil. Visitors to the Smithville Inn will also hear about the folklore, as well.

5. The Descendent of Mother Leeds Sees His Ancestor

In a documentary about the Jersey Devil in Smithville from the 1990’s, a man named Harry Leeds said, “I see this heaviest creature looking at me. It was hard to identify at night time, but the most distinguishing factor of that encounter was the piercing red eyes.” Leeds claims to be a descendent of the original Leeds family, including the famous “Mother Leeds”.

It is interesting that a descendent of the Leeds would be willing to perpetuate this story, because the story of the Jersey Devil was concocted to make their family look bad. It is true that the Leeds family had 12 children, and they were one of the earliest settlers in Southern New Jersey. The family was so large, there is an entire town called Leeds Point that is named after them.

4. The Maryland “Snallygaster” and the Jersey Devil May Be One In the Same.

For anyone reading these stories, the skeptics among us might all be thinking the same thing. It’s that these sightings are probably some kind of animal in the forest, but people are imagining that it is some otherworldly demonic creature. Maybe it’s a great horned owl, a donkey, or a very strong eagle carrying a goat. Who knows. But what we do know is that New Jersey isn’t the only state that claims they see a winged creature. In nearby Maryland, they have the legend of the “Snallygaster”.

The Snallygaster is a dragon-like beast that stalked German immigrants in the woods of central Maryland in the 1700’s. It is described as being half bird and half reptile, and that it is big enough to pick up human beings and suck out their blood. In the 1800’s, slave masters told their slaves that if they tried to leave, the Snallygaster would eat them as they ran away in the woods. Unlike the Jersey Devil, though, there are not really any modern-day sightings.

In 1885, Theodore Roosevelt apparently almost canceled a trip to go on African Safari because he heard about the legendary Snallygaster in Maryland. He never found the creature, of course, but he looked at the same. While this is not a Jersey Devil sighting, it just goes to show that back in the 1800’s, legends were still so strong, that people would believe these creatures are real, and even the likes of Theodore Roosevelt got excited by the possibility of hunting them down.

Just two weeks before the sighting of the Snallygaster, there were several reports of The Jersey Devil happening in New Jersey. So, was there really a creature terrorizing the public and flying across state lines? Or, was this story spread so much, that it scared people who were a hundred miles away? We’ll never know.

Route 9 is one of the major roads that runs alongside the Pine Barrens, and people use it all the time go to down to the Jersey Shore. One of the many sightings included in the Weird NJ book was a story from someone going by the name Sonny Z. He wrote that it was around 10 PM at night, and Sonny was driving through the town of Bayville. Two cars driving ahead of him had to suddenly slam on their breaks when a disgusting creature emerged from the woods.

He described it as being hairless, with strange, short ears and hooved feet. He also said it towered over the road, standing nearly 10-feet tall. He said that it looked like every classic drawing of the Jersey Devil that he had always seen, and that it galloped at high speeds across the highway. Of course, many people told Sonny that this was just a deer. But he insists that he had seen plenty of deer driving at night before, and this was absolutely no animal he had ever seen before.

1. Does the Jersey Devil Play Golf?

In 2015, people claimed that they thought they saw The Jersey Devil along Route 9 in Egg Harbor Township near a golf course. The witness, David Black, thought that there was a llama standing inside of its fence along the roadway, until it suddenly whipped out gigantic wings and started flying away. David Black grabbed his cell phone, and tried to capture a video of this creature. The video clip is very short, and shows what appears to be the Jersey Devil flying across the screen, a black silhouette against a colorful sunset. There is a still photo of the same creature that is also attributed to David Black, and it kind of looks like a horned goat with wings that was thrown like a football.

However, the clip also went on the internet close to Halloween, which is why many people believe that David Black is trying to prank the internet. He told NJ.com, “I swear it’s not Photoshopped or a staged thing. People have said it’s fake, but it’s not. I’m honestly just looking for an explanation for what I saw.” However, no one else has ever come forward to say that they have seen a similar creature at the same time.

A Jersey Devil May Have Been Spotted in New Jersey. Mysterious Universe. 2015.

The Skeleton Man, The Jersey Devil, and a Multitude of Other Attractions. Ken Kinkel. PhillyHistory.org. 2012.