16 Crazy Facts About The Kidnapping of Patty Hearst 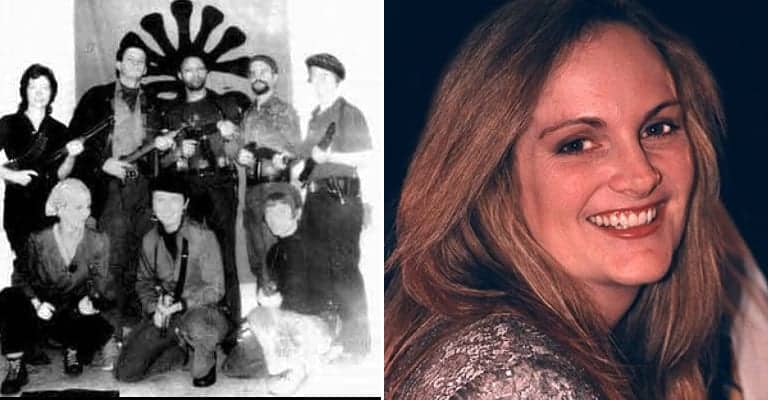 16 Crazy Facts About The Kidnapping of Patty Hearst

4. At her trial, Patty told of her brainwashing at the hands of the SLA

In the 1970s, forensic psychology was nascent at best. Patty was put on trial for the crimes that she had committed; seeing as there was surveillance footage of the bank robberies, there was no denying that she had indeed committed them. However, at her trial, she told of how her captors had brainwashed her. Getting an acquittal on such grounds was unprecedented, as one customarily had to prove insanity during the committal of a crime. Still, there were clear signs that her “Tania” person was the result of her extreme trauma. Forensic psychologist Margaret Singer, who became an expert in social and religious contexts of crime, examined her.

Singer found that immediately following her arrest, Patty tested at an IQ of 83, abysmally below her pre-abduction IQ of 130. She also described her as having a “low-effect zombie.” Within a few weeks, her IQ had spiked up to 112, but it remained below her previous level. She also had severe nightmares and smoked heavily, things that she didn’t do before, and had memory lapses of what her life was like before she adopted the Tania persona. The court appointed Louis Jolyon West, an expert in brainwashing, to determine if she had been brainwashed. He believed that she had.

3. The defense had to prove that Patty was not a willing participant in her crimes

The trial for the Hibernia bank robbery began in January of 1976. The judge was personal acquaintances with the prosecution, and he refused to allow expert witnesses whose testimony might acquit Patty. He also used Patty’s behavior for the year after the bank robbery to serve as a testimony of her state of mind during the robbery. One expert witness that the judge did allow to the stand was a forensic psychologist named Harry Kozol; Kozol concluded that Hearst was “a rebel in search of a cause” and was fully liable for her participation in the bank robbery.

When Patty went to the witness stand, she appeared lethargic, allegedly because she had been given drugs. She testified that she had been raped and also testified against Emily Harris. In retaliation, Emily produced a trinket that one of the SLA members who had assaulted her had given Patty, claiming that they had been in a romantic relationship. In the court’s closing statement, the judge did not even make mention of the fact that Patty had been kidnapped. He declared that she had been willfully complicit in the crimes and was not acting under coercion at all. Her defense attorney said, in his closing statement, “But simple application of the rules, I think, will yield one decent result, and, that is, there is not anything close to proof beyond a reasonable doubt that Patty Hearst wanted to be a bank robber. What you know, and you know in your hearts to be true is beyond dispute. There was talk about her dying, and she wanted to survive.”

2. Patty Hearst was convicted of armed robbery and use of firearms to commit a felony

Patty, the dethroned princess of the Hearst empire, was sentenced to 35 years of prison. At the beginning of her prison term, her lung collapsed in what was only the beginning of a long string of medical problems that ultimately prevented her from testifying against the Harris’s at their trial. She was held in solitary confinement, as she was deemed a security threat. When she became eligible for bail, her father immediately put up the money and hired a dozen bodyguards to protect her. Her parents tried to take her case to the Supreme Court, but their requests were denied.

Patty’s sentence became a cause that high-profile judges and politicians took up. The attorney general of California, Evelle Younger, said that even though she didn’t have a brainwashing defense, Patty’s case should be reviewed because it all began with her kidnapping. Senator Leo Ryan, who would die a few weeks later in the massacre at Jonestown, Guyana, collected signatures for Patty to be released. After the Jonestown massacre, actor John Wayne publicly remarked on the idea that a fanatical preacher could brainwash 900 people into committing suicide, but the SLA couldn’t brainwash a teenage girl that they had kidnapped. Patty’s bail was revoked in May of 1978, and no security precautions were taken at the prison until, on the day of the Harris’s’ hearing, a dead rat was found on her bunk.

Patty’s parents had divorced under the duress of their daughter’s kidnapping, sensationalized crime spree, and ensuing imprisonment. Still, even after the Supreme Court declined to hear her case, they did not give up in trying to get justice for her. They appealed to President Jimmy Carter, who agreed to grant her clemency. Twenty-two months into her prison sentence, she was released from prison, though her life would never again be the same. Not only had she made national headlines, but she was a convicted felon who would never have equal rights as ordinary citizens.

On January 20, 2001, on President Bill Clinton’s last day in office, he granted a full pardon to Patty Hearst. She had been married to one of the bodyguards that her father had hired, Bernard Lee Shaw, since her release from prison, and had raised two children, Lydia and Gillian Hearst-Shaw. She published a memoir in 1981 called Every Secret Thing; ironically, events such as her repeated rapes were used against her as a suggestion that she had engaged in a mutual relationship. She denounced the assertion as being outrageous and damaging to rape victims everywhere.

Patty dedicated much of the rest of her life to charity and volunteer work and even began a foundation to help people who were suffering from AIDS. She also appeared on multiple documentaries, including one in which she took viewers inside her grandfather’s home, Hearst Castle. In 1992, Anthony Davis’ play Tania, which is based on her real-life story, premiered at the American Music Theatre Festival. Patty also appeared in films that were loosely about her harrowing experiences, as well as several journalism shows, such as Dateline, in which she detailed what she went through at the hands of the SLA.

“God Bless You, Patty: The Kidnapping of Patty Hearst.” Factinate.