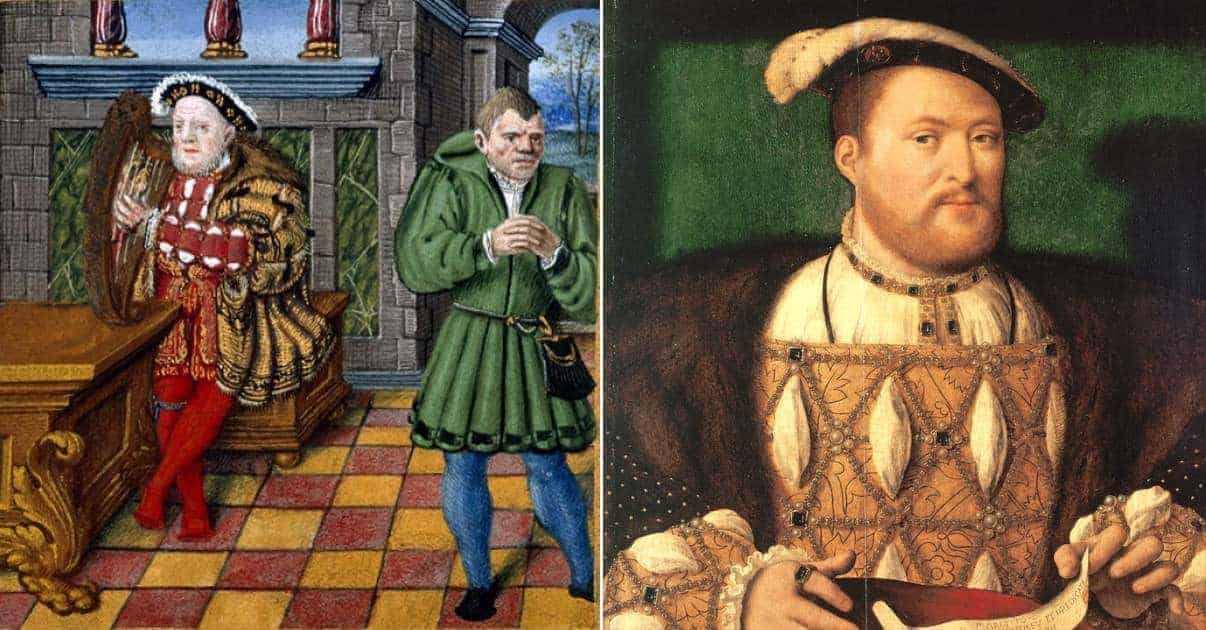 Henry VIII started his reign as a handsome, athletic Prince. By the time of his premature death at 55, the King was grossly overweight, plagued with gout and ulcers and unable to walk very far, let alone dance, hunt or enjoy any of the â€˜Pastymes’ he held so dear. So how had this fit, healthy, active monarch come to such an end?

In fact, the pastimes Henry loved destroyed him. His first serious accident was in 1524 during a joust. The King failed to lower his visor and was hit by his opponent’s lance just above his right eye. From then onwards, he suffered from regular migraines.

By the age of 36, the King was beginning to suffer from varicose ulcers, probably caused by the tight garters he used to accentuate the calves he was so proud of. But the final blow came in 1536 when the 44-year-old king took part in a jousting tournament at Greenwich Palace. The king, clad in full armor was thrown from his similarly armored horse-which then fell on top of the monarch. Henry lay unconscious for two hours and for a time was not expected to live, causing his wife Ann Boleyn to miscarry the male heir she was carrying.

However, Henry regained consciousness and recovered. However, he was never the same again. The most immediate effect of the accident was to prevent the king from jousting anymore. However, the accident made Henrys’ other health problems worse- and brought issues of its own. The King’s mobility began to decline due to his injuries and the ulcers, which became progressively worse, causing his legs to swell and leak a smelly discharge.

A side effect of all this was Henry also began to gain weight. Henry’s declining mobility could not have helped but nor did his diet. Henry ate an estimated thirteen dishes a day, consisting mostly of meat and game. He topped this off with a daily ten pints of beer (water was considered unsafe) and plenty of wine. So it is little wonder the Kings measurements changed drastically. Changes to the King’s armor between his 20s and his 50s show that Henry’s waist expanded by 20 inches- with 17 inches of that within just four years. His 29-inch chest grew to 53 inches, and by the time of his death in 1547, he is estimated to have weighed 28 stone.