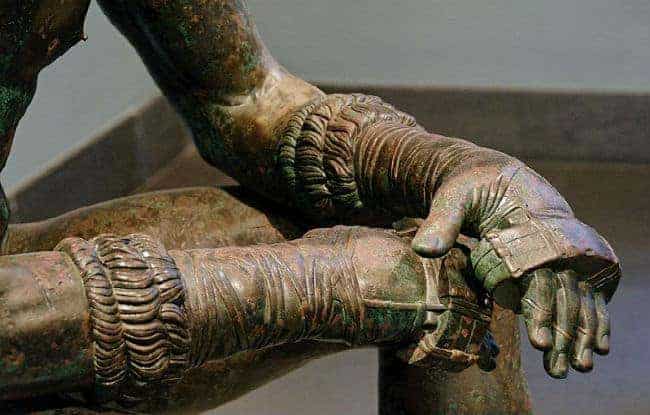 Simply Put: They Were Smarter Than Modern Humans

Various studies throughout the decades prove time and again that the ancient Greeks were more creative and possibly smarter than modern humans. According to recent scientific research conducted by Dr. Gerald Crabtree, professor of pathology and developmental biology at Stanford University, the ancient Greeks were not only smarter than us, but he also speculates that human beings become less intelligent with the passage of time. According to Dr. Crabtree, human intelligence peaked thousands of years ago in ancient Greece and we’ve been on an intellectual and emotional decline ever since as some inevitable changes in our genetic makeup, combined with technological developments, led us to become much less intelligent than our ancestors.

The controversial study is based on the theory that the vast capacity of the human brain to learn new tricks is currently in danger from an array of genetic mutations that have accumulated since people started living in cities a few thousand years ago. More specific, Dr. Crabtree argues that for more than 99 per cent of human evolutionary history, we have lived as hunter-gatherer communities surviving on our wits, leading to big-brained humans. Since the invention of agriculture and cities, however, natural selection on our intellect has effective stopped and mutations have accumulated in the critical “intelligence” genes.

Dr. Crabtree says in a paper published in the journal Trends in Genetics,

“I would wager that if an average citizen from Athens of 1000BC were to appear suddenly among us, he or she would be among the brightest and most intellectually alive of our colleagues and companions, with a good memory, a broad range of ideas and a clear-sighted view of important issues. Furthermore, I would guess that he or she would be among the most emotionally stable of our friends and colleagues. I would also make this wager for the ancient inhabitants of Africa, Asia, India or the Americas, of perhaps 2,000 to 6,000 years ago. Life as a hunter-gatherer was probably more intellectually demanding than widely supposed.

A hunter-gatherer who did not correctly conceive a solution to providing food or shelter probably died, along with his or her progeny, whereas a modern Wall Street executive that made a similar conceptual mistake would receive a substantial bonus and be a more attractive mate.”

Dr. Crabtree concludes, while he also suggests that the invention of agriculture less than 10,000 years ago and the subsequent rise of cities such as Athens relaxed the intensive natural selection of our “intelligence genes.”

Where do we find this stuff? Here are our sources

Theodoros Karasavvas. 25 Things We Would Not Have Without Ancient Greece. List25. 2015