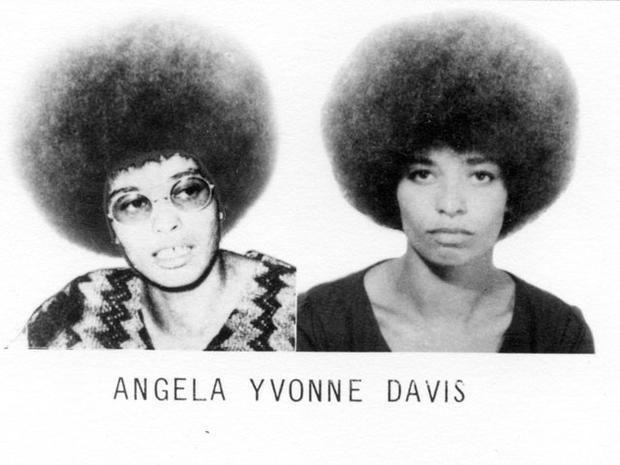 The FBI Most Wanted list debuted in 1950. J. Edgar Hoover was the FBI director at the time, and he hoped the program would create public excitement and lead to the capture of dangerous criminals. Over 500 fugitives have been added to the list over the past six decades. However, only 10 women throughout history have been menacing enough to make the cut.

Shanika S. Minor was 25 years old when she was added to the FBI’s Most Wanted list. Minor’s mother explained the story to the agency: in February 2016, Minor’s mother mentioned to her daughter that the neighbors were playing loud music late at night. Using a semi-automatic weapon, Minor confronted the neighbor in the street, but her mother diffused the situation quickly.

Nevertheless, Minor felt disrespected by her neighbor, who was also pregnant. Just one week later, she confronted the neighbor again, but this time it was 3 a.m. Minor entered her neighbor’s duplex through a common hallway and met her at the rear of her door.

Minor’s mother attempted to come between the two women, but her daughter was able to maneuver enough to shoot her neighbor in the chest. The wound killed her almost immediately. Her unborn child also passed away at the scene of the crime before arriving at the hospital. The baby was due in one week.

From March until July, Minor was on the run, but was captured in a motel in North Carolina only three days after she was added to the FBI’s Most Wanted list.

Known as a jilted lover, Brenda Delgado murdered her ex’s new girlfriend. A native of Mexico, Delgado learned her ex-boyfriend was dating Dr. Kendra Hatcher, a pediatric dentist. Delgado acted on her jealousy after discovering that Hatcher met his parents, and the two planned an upcoming trip to Cancun.

Two other accomplices helped Delgado carry out the crime. She paid them with drugs and money supplied by a Mexican cartel.

Already a notorious member of the 12th Street Gang in Kansas City, Missouri, Shauntay L. Henderson was connected to five other murders and at least 50 gang-related shootings.

In September 2006, she shot and killed 21-year-old DeAndre Parker in Kansas City. Henderson was 24. She tried to keep a low profile, but gang warfare could not keep her hidden for long.

After being charged with voluntary manslaughter and armed criminal action, she served three years and was released in 2010. Five months later, she violated her probation and was charged with possession of a weapon. The judge sentenced her to ten years for the violation and addition seven for the firearm.

In 1985, Donna Jean Willmott was charged with buying and transporting explosions with the intent to bomb a Kansas prison. She was a member of the radical group Weather Underground; the organization protested sexism, racism, and the Vietnam War.

The prison plot was an attempt to free Oscar Lopez, a leader of the Fuerzas Armadas de Liberacion Nacional, which was a Puerto Rican separatist organization known for violence.

Claude Daniel Marks was her partner in crime. He bought 37 pounds of explosives from an undercover FBI agent. After discovering a monitoring device in their car, they went underground in hiding.

Wanted as a terrorist by the FBI, she changed her identity to Jo Elliot and lived as a mother and volunteer in Pittsburgh. She even publicly assisted with the Pittsburgh AIDS Task Force and the Children’s AIDS Project. Her accomplice Marks lived just a couple blocks away and went by Greg Peters.

The pair finally turned themselves in 1994 after almost a year of negotiations. They surrendered in Chicago. Willmott received three years in prison and Marks agreed to six.

As a senior at Brandeis University, Katherine Ann Power was active in protests against the Vietnam War and other radical events of the time.

However, she also was involved with robbing a National Guard armory and a bank in 1970. Power, her roommate Susan Edith Saxe, and three other ex-cons managed to steal $26,000. The money would be used purchase weapons for the Black Panthers. During the heist, one of the ex-cons killed a police officer.

After the robbery and murder, Power transformed into Alice Louise Metzinger and lived as a cooking and nutrition teacher in Oregon. Also a wife and mother, the praised chef won a Betty Crocker Homemaker Award and opened M’s Tea and Coffee House with a friend.

The FBI did not have any more leads on Power by 1984, so she was subsequently removed from the Most Wanted list. Power still accepted her fate and turned herself over in 1993. She was found guilty of manslaughter and armed robbery and served six years in prison.

Susan Edith Saxe was Katherine Ann Power’s roommate and accomplice during the 1970 armed robbery of a National Guard armory and bank.

Both women were also in love with Stanley Bond, one of the ex-cons that helped commit the crimes. However, her fate was the same as her roommate’s. Saxe was recognized by a Philadelphia police officer five years after the incident and was arrested. She was convicted and served eight years in prison for manslaughter and armed robbery. Saxe was paroled in 1982 and later ran a computer company.

In 1993, the New York Times released an article about Power in which her therapist stated, “They are so appalled at what’s going on in Vietnam that they want to do something. They decide to rob a bank and give the money away. But they don’t know anything about robbing a bank.”

A graduate from the University of Chicago Law School, Bernadine Rae Dohrn was a leader of the radical organization Weather Underground by 1970.

In March of the same year, Dohrn went into hiding because three other members accidentally blew up a townhouse and killed themselves in Greenwich Village in New York as they were trying to make bombs.

District Court Judge Damon Keith dismissed her charges three years later and she was dropped from the list. The case against the Weather Underground was obtained by illegal means.

Dohrn and her fiancÃ© William C. Ayers resurfaced in 1980. He, too, was a leader of the revolutionary movement. She was found guilty of separate crimes including aggravated battery and skipping bail, but only received fines and three years of probation.

In 1982, she refused to cooperate with the Grand Jury in regard to an investigation of a 1981 armed robbery in Nanuet, New York. The robbery resulted in the death of two police officers and a Brink’s guard. Members of the Weatherman and the Black Liberation Army were responsible for the attack; Dohrn spent seven months in jail for not cooperating.

Just before the turn of the century, the ex-con began teaching at the Northwestern University School of Law as a clinical associate professor.

The addition of Angela Davis to the list was controversial. A former philosophy professor and revolutionary, she was charged with kidnapping and murder in 1970. Davis evaded arrest and, in turn, was wanted by the FBI.

However, Davis was not at the scene of the crime, as the New York Times reported just one day after her capture, “The charges against Miss Davis do not allege that she was at the scene of the kidnap-murders…Miss Davis was charged under a California law that makes an accomplice equally guilty for having purchased the guns used.”

The weapons Davis bought were used during the infamous trial of the Soledad Brothers. The three men, George L. Jackson, Fleeta Drumgo, and John Wesley Clutchette, were accused of murdering a white police guard at Soledad Prison in retaliation for the death of two fellow inmates at the hands of police brutality.

During the trial, four men were killed including a judge with the guns associated to Davis’ name. In 1972, she was acquitted and cleared of all charges.

Davis is a famous political activist and continues to fight for prisoners’ rights and advocate for criminals. She is an influential scholar at the University of California Santa Cruz.

Career killer Marie Dean Arrington was convicted of manslaughter for the death of her husband and awaiting sentencing when she murdered again.

While she was out on bail in 1968, Marie Dean Arrington killed Vivian “June” Ritter, a 37-year-old secretary for Bob Pierce, a public defender for Arrington’s children. Her son was sentenced to life in prison for armed robbery and her daughter was serving time for fraud and forgery. Arrington demanded justice from the Florida lawyer.

She angrily drove to Bob Pierce’s office, but he was not there. She then proceeded to take his secretary hostage, shoot her several times, and run her over with a car. Arrington thought this plan would set her children free.

It was not until 1971 that Arrington was captured. She was working as a waitress in New Orleans. She was charged with murder and sentenced to death, but that was deemed unconstitutional. After her conviction was transferred to life in prison, Arrington escaped the penitentiary.

Once again, she was captured and another 10 years was added to her previous life sentence. That did not stop her from accruing over 60 violations in prison over the years including inciting a riot, possession of weapons, battery, and more. At age 80, Arrington died in 2014 at the Lowell Correctional Institution in Florida, which was the same one she escaped from decades before.

The first woman to ever be considered dangerous enough to make the FBI’s Most Wanted list was Ruth Eisemann-Schier. She was 26-years-old when she kidnapped a young girl with her accomplice Gary Steven Krist.

She and Krist decided to take Barbara Jane Mackle hostage to demand money. Mackle was the 20-year-old daughter of a millionaire land developer. Her father was friends with Richard Nixon, who was the President-elect at the time of the kidnapping.

In hopes of a hefty paycheck in return, Eisemann-Schier and Krist kidnapped Mackle on December 17, 1968. They took her from a motel in Atlanta and buried her alive. In fact, they kept her alive on purpose. Mackle was put in a box that was a foot and a half underground. However, they supplied her with an air pump, food, water, and even a small battery-operated light.

The kidnappers successfully received $500,000 in small bills for her return. Mackle was buried for 83 hours when she rescued on December 20, 1968. Krist was captured soon after, but Eisemann-Schier escaped and was put on the FBI’s Most Wanted list. She was found the following year in Oklahoma after trying to apply for a nursing job under the alias Donna Sue Wills. A routine fingerprint check revealed her true identity.

She pled guilty to her crimes and admitted that she was in love with her partner in crime. Eisemann-Schier ended up serving just three out of the seven years she was sentenced. In 1979, she was paroled because of the fact that the Georgia Parole Board argued the victim was alive, and Eisemann-Schier never intended on harming her in the first place.

The first women to ever make the FBI’s Most Wanted list was then deported to Honduras.