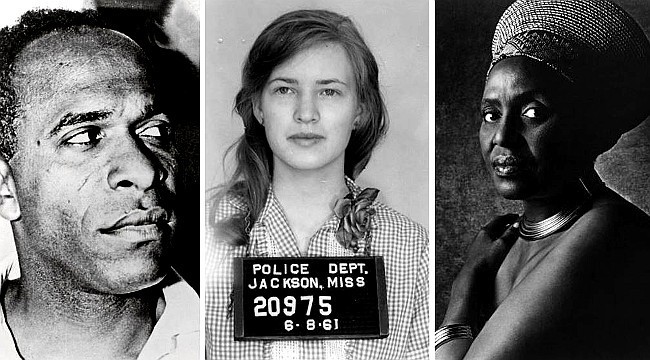 Our final unsung hero of the Civil Rights Movement was a man who not only challenged the racial stereotypes of the Jim Crow era, but also sexual stereotypes. We have touched on a few luminaries of the wider movement who use the arts to influence opinion and inspire action, and in this regard James Baldwin was one of the most influential writers of the Civil Rights era. His first book, Go Tell it on the Mountain, dealt with themes of entrenched racism in the United States, but his second novel, Giovanni’s Room, published in 1956, deals more intimately with questions of homosexuality, centered on the experiences of a white homosexual living in Paris.

While he was unable at the time draw any close analogies with himself, he was, at the age of twenty-four, driven to relocate to Paris, where a number of black American activists, musicians and performers found sanctuary to live and create in an environment of racial tolerance.

At the height of the Civil Rights Movement, however, James Baldwin made the journey back to the United States, as much to involve himself as to report on events in the South for the intellectual Parisian Review. This offered him the opportunity, not only to mingle with the likes of Doctor Martin Luther King, but also to write a number of essays that would prove important in bringing the black version of events to a wider readership. His essays were eventually taken up by Harper’s, The New Yorker, and Mademoiselle. He later joined the Congress of Racial Equality, for which he traveled across the American South, writing and lecturing on racial inequality. He eventually became so identified with the Civil Rights Movement that he was featured on the cover of the May, 1963 edition of Time Magazine.

The other aspect of Baldwins advocacy was for the rights of a gay black man in an environment where homosexuality was as reviled in mainstream black society as white, and it was a matter that he pursued with great caution. This he tended to do from the relative safety of his literary work, and his life as a gay man was not lived in the United States, but in France, and there he found, in a generally tolerant environment, the opportunity to live and write freely.

James Baldwin died of stomach cancer in late 1987, at the age of 63. he passed away at his modest home in Saint Paul de Vence, France, leaving behind an unfinished manuscript dealing with his personal recollections of civil rights leaders Medgar Evers, Malcolm X and Martin Luther King, Jr. The manuscript forms the basis for Raoul Peck’s 2016 documentary film I Am Not Your Negro. James Baldwin is buried in Westchester County, New York.