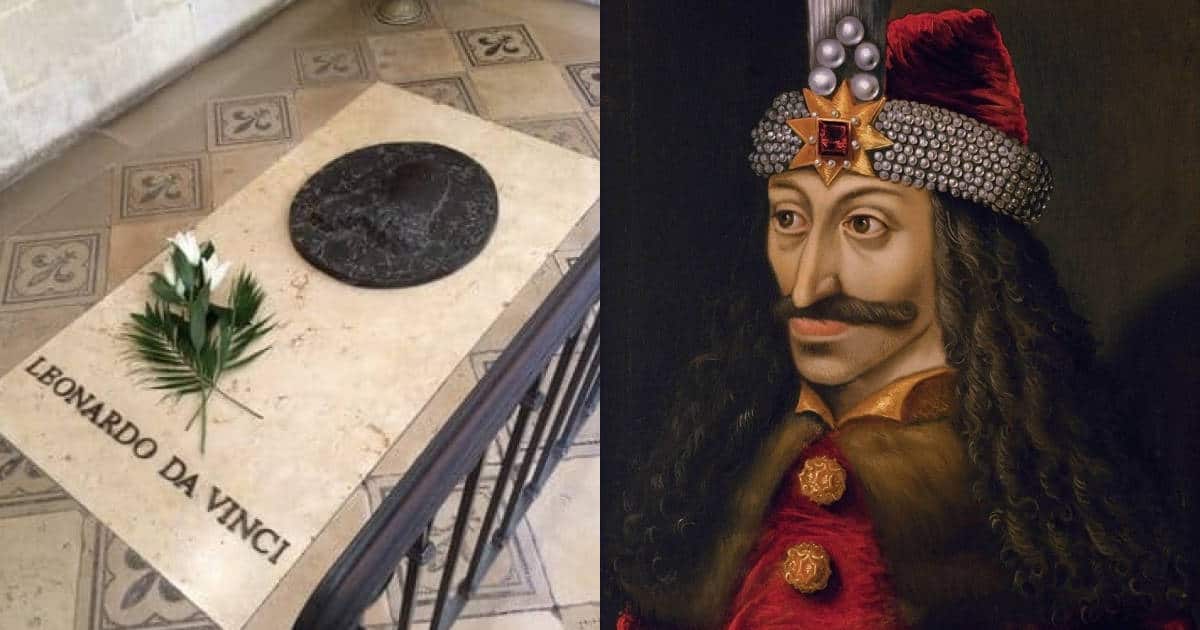 In life, Thomas Paine, was one of the most respected and distinguished men in the world. He was not only a great thinker, he put his beliefs into action too, becoming one of the Founding Fathers of the United States. His written works are still relevant – and, indeed, sometimes still controversial – today, and he is written into the history books as a political activist, philosopher and even a revolutionary. In death, however, he has not been accorded such respect. Even now, a century on from his demise, even the whereabouts of his body (or, at least, the majority of it) is unknown.

Born in the English county of Norfolk in 1737, Paine was a true firebrand of his time. Like many others, he migrated to the British American Colonies in 1774, assisted by Benjamin Franklin. He arrived on American soil just in time to join in the successful revolution. But soon, he was on the move again, heading back across the Atlantic to France. It was here he wrote some of his most influential, and provocative, works. He finally returned to America, dying in Greenwich Village, New York, in June of 1809.

Given the essays he had written on Christian faith, it’s not surprising that only six people came to his funeral. Nor is it surprising that men of the Quaker faith refused to let Paine be buried on their ground. So, his friends ended up burying him under a tree on his own farm. And here he would have stayed if it weren’t for his old friend William Cobbett. A radical himself, he wanted to give Paine a hero’s burial in his native England. So, he dug up his bones and set off across the ocean. For some reason, Corbett never did carry out his plan. That’s why, when he died, Paine’s bones were still among his possessions. In the confusion, they were lost, and nobody knows for sure what happened to them after that.

Over the years, several people have come forward claiming to have part of Paine’s body in their possession. Could it really be that the Founding Father has a rib in France or a skull in Australia? The only confirmed part is a lock of Paine’s hair. This is buried on his farm in New Rochelle, though even the location of this is rumored to be kept secret by the Thomas Paine National Historical Association.

Sir Francis Drake was Queen Elizabeth I’s go-to man for naval warfare and exploration. This was a man who circumnavigated the globe (the second person to do so, in fact) and who claimed the territory that is now modern-day California for England. Drake also led the English navy against the Spanish armada. Plus, he’s credited with bringing not only tobacco but also potatoes to the British Isles. Quite a legacy. But, unlike many of his contemporaries, he was never granted a proper burial in Westminster Abbey. Instead, he body lies at the bottom of the ocean. A watery grave yet to be located.

Upon leaving the navy a hero, Drake went into business as a pirate. He also made a small fortune in the slave trade, taking captives from Africa to work in the English colonies of North America. Despite surviving countless battles, and despite having had a huge price on his head, Drake ended up dying of dysentery. He passed away, aged 56, while his ship was moored off the coast of Panama. As per his death bed request, he was dressed in his full uniform. He was then placed in a lead-lined coffin and this was thrown overboard.

Over the years, numerous attempts have been made to find Drake’s body. Most research points to him being buried at sea close to the wrecks of two British ships, the Delight and the Elizabeth. Both of these vessels sank soon after the legendary admiral’s death. Plus, it’s historical record that Drake died while moored off the coast of Portobelo, right next to the Panamanian shoreline. But despite the clues, no one has got lucky so far. For now, the Great Briton’s watery grave remains a mystery, and this doesn’t look like it will change anytime soon.

Almost all of the great men and women of ancient times now lie in sites unknown. Nobody will ever know where Roman emperors or Greek philosophers were buried, for example. So, in this regard, it’s not so surprising that the final resting place of Alexander the Great has been lost to history. But what does make it peculiar is that the great leader was reportedly buried in a golden sarcophagus and placed in a tomb so elaborate that even the ancients were desperate to find its location.

Though he died young, at the age of just 32, Alexander had achieved a huge amount in just three decades. He commanded one of the largest empires the world had ever seen or has even seen since. His domain stretched from the Ionian Sea in Greece all the way to the Himalayas. This was no fluke: by all accounts, he was a skilled tactician and possibly even the greatest general of ancient times. He was never defeated in battle. Instead, he died in his own palace, slowly and in pain.

Some accounts suggest that he drank bad wine. Or maybe unclean water. Modern theories suggest he might have died of malaria, typhoid or even meningitis. Whatever the cause, he died in June of 323BC. His body was reverentially placed in a golden sarcophagus. This was then filled with honey and then put in a gold casket. It was then loaded up on wheels for the journey back to his native Macedon.

The thing is, it never got there. Along the way, Ptolemy II hijacked the funeral procession and took the sarcophagus to Memphis, Egypt. One of his successors then took it to the city of Alexandria, where Pompey, Julius Cesar, Augustus all visited to admire it. In the year 200, Emperor Septimius Severus closed off the tomb. And then? Who knows. Nobody has been able to pinpoint where the luxurious tomb ended up. Indeed, the whereabouts of Alexander the Great remains one of the true great mysteries of archaeology and the source of many theories. Could he still be lying in Egypt? Or how about in Venice, as some claim? The mystery remains huge, just like Alexander’s empire.

“Remains of Federico Garcia Lorca ‘hidden at the bottom of a well”. Daily Telegraph, April 2013.