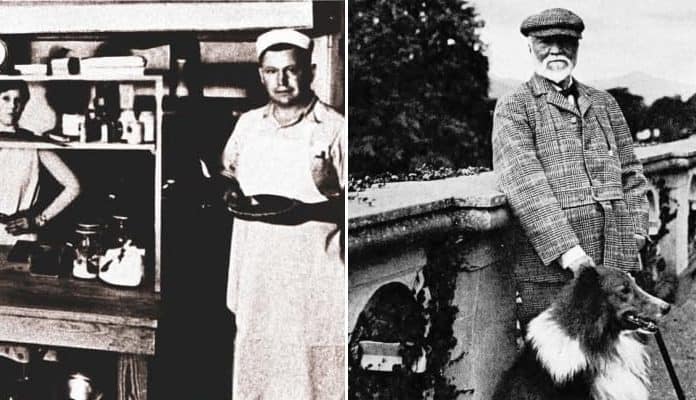 The story of a person rising from grinding poverty to financial wealth and social success is a tried and true theme in novels and films, popular for centuries. It was a storyline followed by Dickens in Oliver Twist and in dozens of works by Horatio Alger. It was a storyline lived by many too. American history is filled with stories of individuals who were either born into poverty or found themselves facing it, only to rise above it to legendary success. Some of these people founded great companies, or created works of literature or art which outlived them. The rags to riches story is not a uniquely American one of course, but it is a part of the great American idea of the land of opportunity.

Each of these Americans used widely different talents to achieve great success, despite seemingly impossible odds which they faced. All of them achieved a status in society which their humble beginnings could have denied them. Luck was a part of their stories. They took risks and played the odds, and made themselves into respected and wealthy icons of their professions. All of them worked in many fields before finding the one which brought them riches and fame.

Jack London never knew for certain who his father was. His mother attempted suicide while pregnant with him, and his later research found that the man who was believed to be his father claimed to be impotent. At the age of 13, London began working in a San Francisco cannery. Bored with the work and the conditions he used borrowed money to purchase a small oyster boat. He poached oysters (harvesting them without a license) until the wear and tear on his boat rendered it unseaworthy, after which he joined Fish Patrol, engaged in catching those who poached oysters, known as oyster pirates. He then joined a seal ship on a voyage to and from Japan.

In 1893 London returned to Oakland, California and after losing jobs in a jute factory and at a power plant for the newly electrified streetcars, he took to riding the rails as a hobo. London spent time in jails for vagrancy and took temporary jobs as a sailor and boat handler before returning to California, entering high school and finally earning admission to the University of California at Berkeley in 1896. He spent much of his time studying at a bar where he worked part-time, meeting the personalities on which he would later base many of the characters in his short stories and novels. In 1897 he left Berkeley, never obtaining a degree, and joined in the Klondike Gold Rush.

The Klondike was where London found his first success, though not from the mining of gold. Stories which he wrote based on what he observed and experienced there became popular in the newspapers and magazines of the day. Though London developed scurvy while in the Klondike he continued to write. His return to California in 1898 coincided with the expansion of magazine publication due to reduced costs of both paper and printing. Within a few years London was a widely read and influential writer, and with the 1903 publication of the novel The Call of the Wild one of the best known writers in the world.

London worked as a war correspondent during the Russo-Japanese War, covered the 1906 earthquake in San Francisco as an eyewitness, and spent most of his time when he wasn’t cruising to Hawaii in his yacht on a 1,000 acre ranch in Sonoma County. He tried to make the ranch a profitable business and used his writing successes to fund its expansion, but ultimately the ranch failed to make a profit. A fifteen thousand square foot mansion London had built on the ranch burned to the ground just as it was nearing completion. By 1915 London, though one of the wealthiest and most celebrated writers in the world, was suffering from several disabilities, alcoholism among them.

Jack London died on his ranch in 1916. His death was from the combined effects of uremia, alcohol and morphine addiction, and several other tropical ailments acquired during trips to Hawaii. He was one of the first writers to acquire a fortune simply through writing and his work continues to be adapted in films and television. London was both a socialist and a racist, referring to Chinese immigration in his work as “the yellow peril” but his work sold well and continues to appear in anthologies and school reading lists. He used the experience of his own poverty to build his characters and plots throughout his career, and they made him rich.