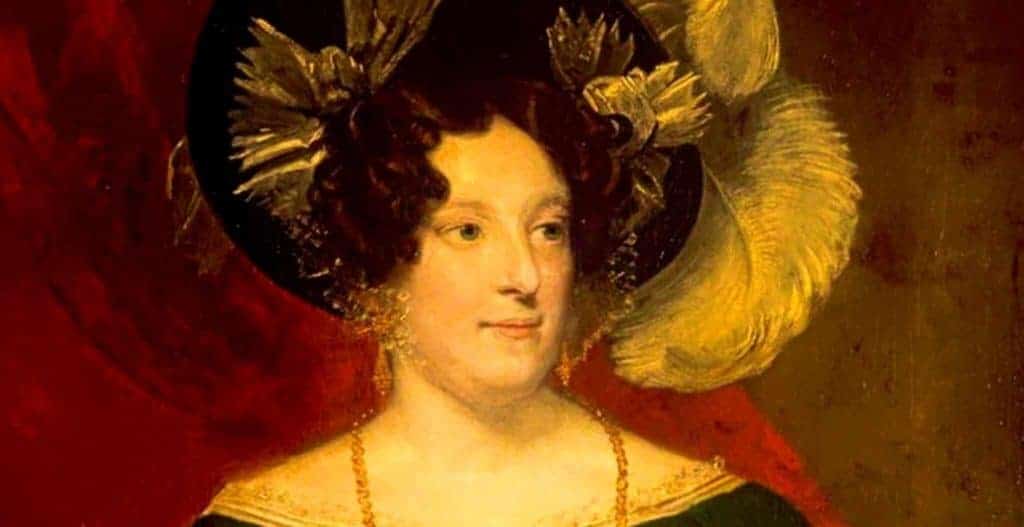 Peter the Great and Eudoxia

The greatest ruler Russia ever had was indeed ‘great’ in many ways, but he was a pretty lousy husband to his first wife. Their short-lived, youthful union was doomed from the very start and should probably never have been arranged. However, in 17th century Russia, political and dynastical considerations trumped any ideas of love and compatibility – so both the Tsar and his bride had to endure an unhappy nine years. Once the marriage was over, however, her unhappiness would only continue.

Peter the Great was born in 1675 and from the very start of his life, his family was on the lookout for a suitable match. His mother, Natalia Naryshkina, identified a young girl by the name of Eudoxia as ideal marriage material. So, at the age of just 16, Peter was wed, very much against his will. Unlike many royal unions, the groom’s unhappiness didn’t stem from a lack of physical attraction to his bride. Rather, he was actively contemptuous of her personality and, more importantly for this well-read polymath, of her mind.

It’s a wonder the marriage lasted as long as it did. While Peter was a scholar, Eudoxia was anything but. By all accounts, she was poorly-read, ignorant and generally stupid. What’s more, while Peter was diplomatic, his wife was naturally argumentative. Initially, their two personalities clashed. Within a couple of years, however, they were living entirely separate lives. Peter regularly took lovers, often in full sight of his wife. And, though they had three children together – though two would died in infancy – by 1696, Peter had had enough. He wanted out of the unhappy marriage.

Peter asked his advisors to find a way to ‘persuade’ Eudoxia to leave the royal court voluntarily. Eventually, two years later, she agreed and entered a monastery. Peter had the marriage dissolved. Before long, he wed again, this time to Catherine. Though he saw her as an equal and adored her, he was consistently unfaithful throughout their 23 years together, though Catherine accepted his ways. Peter the Great died in 1725. In 1727, Peter III came to the Russian throne. One of his first acts as Tsar was to free his grandmother, Eudoxia from her exile. The former unhappy wife was welcomed back to Moscow with great fanfare and lived in luxury for the remaining four years of her life.

In 1178, George III of Georgia announced he was to make his daughter, Tamar, his co-ruler. She was just 18 and, what’s more, a woman. Since the monarchy was battling unruly royals at the time, many thought this was a bad idea. But, she soon proved the doubters wrong. So much so, in fact, that when George died in 1184, Tamar took on the role on her own. She became the first – and only – female monarch of Georgia, and not even an ill-advised marriage could dethrone her.

While they were happy enough to have a lady as King, Georgia’s nobles would not tolerate her being head of the army. Nor would they be happy until their King produced an heir. Quite simply, they ordered Tamar to take a husband. Getting married through necessity rarely works out well, and this was most definitely the case here. The nobles chose for Tamar and the man they chose was Rus Prince Yuri, otherwise known as Yury Bogolyubsky, the son of an assassinated prince. The groom did have some desirable qualities. Above all, he was a skilled fighter and a smart military tactician. However, he was not suited to marriage and, before long, the differences between Yury Bogolyubsky and Tamar started to show and soon become untenable.

According to the records of the time, Yury was a raging alcoholic. He was also serially unfaithful and, some said, perverted. There were even rumours that he was homosexual. What’s more, Yury was ambitious and, after he got a sniff of power through his marriage to Tamar, he was hungry for more. Tamar, for her part, became increasingly confident in her position as ruler. And so, after just two years of a hugely unhappy marriage, she divorced her husband.

Like many divorced couples, they both wanted to get back at one another. Yury aligned himself with a small band of Georgian nobles and then proclaimed himself King of Georgia. Though she was once married to him, Tamar showed no mercy: she crushed his armies and, in 1191, he was expelled from Georgia. What happened to him after that is a mystery. Tamar ruled until her death in 1213, marrying again and enjoying a happy union. Over the centuries, tales of her doomed first marriage have been re-told countless times in Georgia, often becoming grossly exaggerated and usually focusing on the sexual deviancies of the ruler’s inadequate husband.

“A Royal Affair: one to remember.” Alex von Tunzelmann, The Guardian, July 2012.