10 Over the Top Activities of the Notorious Kray Twins

10 Over the Top Activities of the Notorious Kray Twins 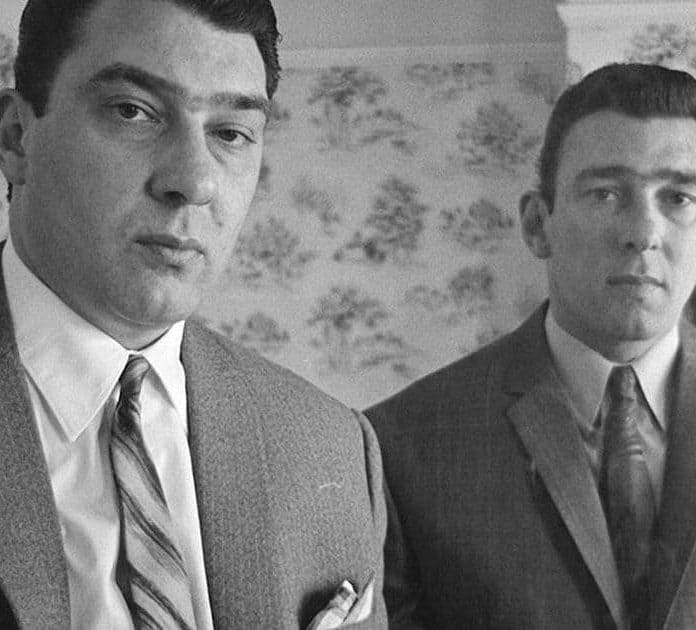 It was called Swinging London. The Beatles, the Stones, Herman’s Hermits, The Kinks and many others provided the soundtrack. Carnaby Street, Twiggy, and Jean Shrimpton provided the fashion. Mary Quant introduced the miniskirt. The BBC’s dominance of the British airwaves was challenged by pirate radio. American teens became familiar with the names of London Streets which took on an almost mythical resonance; like King’s Road, Kensington and of course Abbey Road. All things British became popular in America, the Union Jack, James Bond, Lulu, The Avengers. The British Invasion was more than the steady stream of recording artists which featured on The Ed Sullivan Show.

London of the sixties may have seemed like the perfect place to be for young Americans of the era, but it had a seedy underworld, and that was ruled by a pair of identical twins named Reggie and Ronnie Kray. Incestuous, vicious, amoral, and cruel, the Kray twins and their associates, known as the Firm, ran the criminal activities of London’s East End with coldly efficient ruthlessness. They also became celebrities through their association with singers, actors, politicians, and artists. Their West End nightclubs were visited by Judy Garland, Frank Sinatra, George Raft, and many other celebrities from England and the United States; photos of the twins were often featured in the British tabloids. At the same time they were murderous thugs, operated protection rackets, and practiced hijacking, kidnapping, and arson.

Here are some of things you may not have known about London’s notorious Kray twins.

Ronnie and Reggie Kray were identical twins with Reggie the elder by ten minutes. When their father was drafted into the Army during World War II he demurred, going underground rather than serve, an action noted by his sons. As teens the twins were involved in gang activities on East End streets, and both took up amateur boxing. Their criminal activities were known to the authorities, but not to the point where either of the twins could be arrested and charged. Following the Second World War conscription in England continued, and the twins received their call to National Service in 1952.

They were assigned to the Royal Fusiliers, found military service not to their taste and deserted on their first day after Ronnie assaulted a superior. Arrested by the Metropolitan police the following day, they were briefly held before being returned to the army. Convicted by the army they were incarcerated, during which time they were guilty of multiple assaults, attempted arson, petty thefts from other prisoners, and enough criminal behavior to earn them both dishonorable discharges, which combined with their criminal records was enough to deny them boxing licenses in England.

Peter Rachman was a notorious slumlord and extortionist who also engaged in prostitution in west London, running brothels out of buildings he owned. The Krays, who purchased a small club and began running protection schemes after their release by the army, targeted the slumlord to acquire a property from which to run a larger club. Part of their protection rackets was arson on properties whose owners refused to comply with their strong arm protection schemes. In 1960 Ronnie Kray was convicted of arson and sentenced to 18 months. While he was in prison Reggie, with the assistance of the twins’ elder brother Charlie, used an extortion scheme to acquire the property.

Using the threat of arson Reggie acquired a check from Rachman, which was returned for insufficient funds. Rachman feared being under continuous extortion from the Kray’s, and arranged a deal by which the twins would acquire a club known as Esmeralda’s Barn, for return of the bad check and a promise of remaining free from the Kray’s protection rackets. The recently passed Betting and Gaming Act of 1960 would allow the twins to operate a legal gambling operation in the club, using it as a cover for other illegal activities and a means to launder money from their other rackets.

Once the club was in their hands, and Ronnie was released from prison, he used the club to operate various vice businesses and for his own personal use. Ronnie was semi-openly gay, and chose to hire young men who appealed to his tastes as waiters, dealers, and croupiers in the club. The twins welcomed guests who ran up large debts in the club, particularly those who engaged in gay sex on the premises, as they were exceptionally open to blackmail. At the time, although gambling had been made legal, homosexuality had not.