10 Tales From the Relationships Of Our Founding Fathers 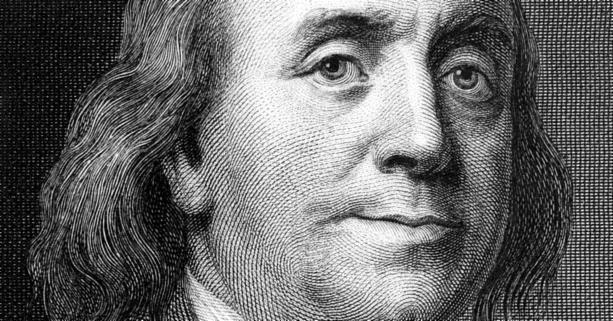 10 Tales From the Relationships Of Our Founding Fathers

John Randolph was afflicted with a condition which made him both beardless and possessed of a high pitched, prepubescent voice. He contracted tuberculosis in his youth, which had an ill-effect on his health throughout his life. He was a contemporary of many of the Founders and was one of the youngest men ever elected to Congress, winning his seat in the Sixth congress at the age of 26. He never married, was possessed of a ferocious temper, and strutted about the Halls of the Capitol in Washington wearing riding boots, spurs, and carrying a riding crop. He appears to have been asexual.

Randolph claimed, as did many of the First Families of Virginia, to have been descended from Pocahontas. He dressed in a manner which would be called Beau Brummel in England. Despite the handicap of his childish sounding voice, he was an accomplished orator and persuasive speaker, especially when campaigning. In addition to his other perceived inadequacies he was slightly built and small, and he compensated for these handicaps with an unbridled aggression. He once fought a duel with Henry Clay.

Randolph frequently appeared on the floor in Congress with his dogs and slaves accompanying him, and Clay as Speaker of the House ordered the dogs be removed. The two were already political opponents and the resulting duel was bloodless. Still, Randolph’s belligerent manner was untamed. He fought another Congressman in a Washington boarding house and again on the House floor, requiring bystanders to separate them. He fought him again in a Capitol stairwell, where he beat the Congressman, Willis Alston with his cane until he was bloody. Randolph had been offended when Alston referred to him as a “puppy.”

Randolph appears to have substituted opium for sex, and was well known as a heavy user of opium for most of his adult life. Some have speculated that this may have been to eradicate the pain of tuberculosis symptoms, but he was a heavy opium user long before the tuberculosis he likely contracted from his brother as a child exhibited itself in him. The tuberculosis while latent may have prevented the onset of puberty in him, explaining both his childish voice and his evident lack of interest in any type of sexual activity.

Randolph once said that he loved liberty but as an aristocrat he hated equality. When he died, his will directed the manumission of his slaves, and the purchase of lands for them in Ohio, with each man over the age of forty receiving ten acres of their own land. Nearly 400 former Randolph slaves settled in Ohio near present day Rumley based on these provisions. Randolph died in Philadelphia in 1833 while waiting for a ship which was to carry him to England. Because he never entered puberty, he could be called the boy who never grew up, even after serving in Congress, the Senate, and as Minister to Russia.

“The Diary and Letters of Gouverneur Morris,” edited by Anne Cary Morris, 1888

“Strength and Honor: The Life of Dolley Madison”, by Richard N. Cote, 2005

“Sex and the Founding Fathers”, by Thomas Foster, 2014