10 Presidents You Didn't Know Were Shaped by the Freemasons 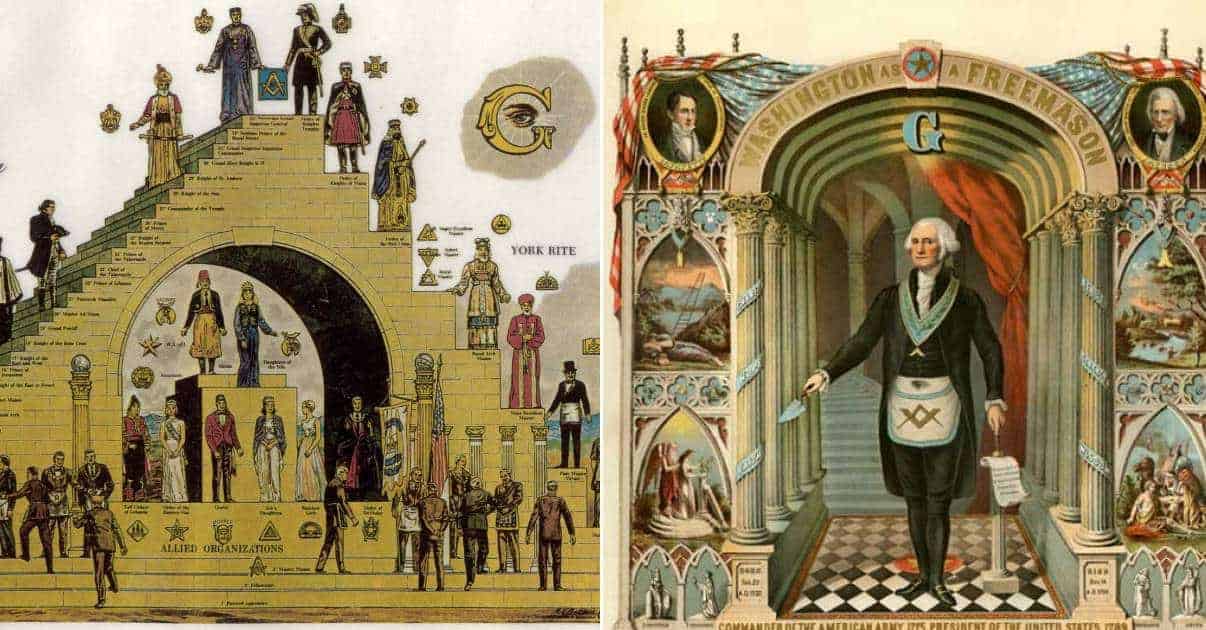 10 Presidents You Didn’t Know Were Shaped by the Freemasons

FDR did not leave enthused descriptions of his thoughts on Masonry or his motives for joining, at least not as enthused as his famous cousin Theodore. But FDR was a dedicated and longtime Mason and the fact that he raised his sons Franklin and James into Masonry indicates the level of his own involvement. FDR was initiated and passed in the fall of 1911 in Holland Lodge # 8 in New York City. In 1929 he petitioned the Accepted Scottish Rite, receiving his 32 degree and the following year he became a Shriner.

He received an honorary membership in the Architect Lodge #519 in New York, it was there where he raised his sons in 1935. The Franklin D. Roosevelt Presidential Library in Hyde Park, New York, holds a trove of papers related to his membership and activities in Freemasonry.

Ten years before FDR entered into Freemasonry, on the other side of the Atlantic Ocean a young Englishman named Winston Churchill was initiated into Studholme Lodge #1591. Churchill and FDR would have a long and fruitful relationship in mid-century, as the vanguard against the spread of Nazism.

Shortly after the German invasion of Poland in 1939 and the British declaration of war, Churchill received a note from FDR. “What I want you and the Prime Minister to know is that I shall at all times welcome it if you will keep me in touch personally with anything you want me to know about,” FDR wrote to the then First Lord of the Admiralty Churchill. Thus Masonic brother FDR, well aware that the nation he led was thoroughly opposed to US involvement in European affairs, let Masonic brother Churchill know that he was ready to help.

Many, if not all, of Roosevelt’s programs to combat the Great Depression and modernize American society can be found to be rooted in Masonic ideals and goals. Many of these are decried by opponents as socialist and examples of liberalism which clearly links Masonic ideals with the destruction of American values and the establishment of the so-called New World Order.

Belton Lodge #450 of Belton Missouri was the site for the initiation of Harry S Truman into Freemasonry in the winter of 1909. Two years later some members of the Belton Lodge established Grandview Lodge #618, with Truman serving as its Master. In 1940, then Senator Truman, known nationwide by then as the head of the Truman Committee (which investigated waste among defense contractors), was elected to be Grand Master of Masons in Missouri.

Later, while in office as President of the United States, Truman commented, “The greatest honor that has ever come to me, and that can ever come to me in my life, is to be the Grand Master of Masons in Missouri.” Truman received many additional honorary titles in Masonry while serving as President, including Honorary Grand Master of the International Supreme Council.

Truman was active and supportive of Masonry before, during, and following his Presidency. While campaigning, first for the Senate and later for the Presidency, Truman attended Lodges around the country. Throughout his career as a Missouri judge and later as a United States Senator he concerned himself over the condition of roads and highways, and frequently drove himself on long trips, visiting Masonic Lodges along the way.

As Roosevelt’s Vice President in early 1945, he found the exhausted and clearly dying President to be too busy to return his calls to the White House, but at a luncheon found they had a common bond in Masonic ideals. As President, Truman was forced to turn to those whom he personally trusted, many of whom were friends and fellow Masons from Missouri.

When Truman died in 1972, of complications from pneumonia, he was buried on the grounds of the Truman Library following a televised funeral which included Masonic rites and remarks from the Grand Master of Masons in Missouri W. Hugh McLaughlin. “He was our brother by adoption,” said Mr. McLaughlin. “He was our companion by choice.”