10 People Who Laughed Themselves to Death 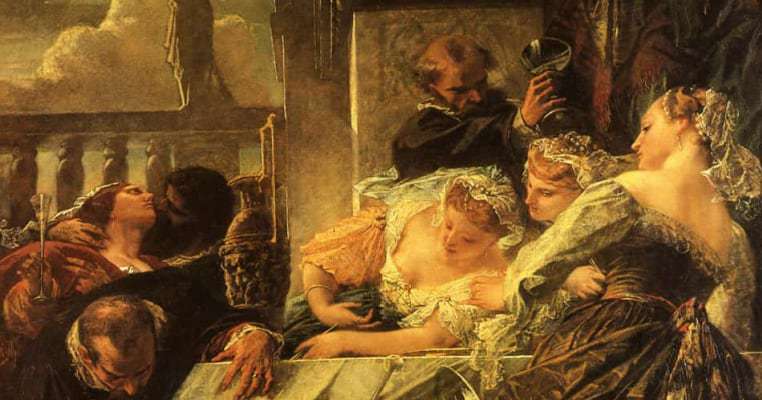 10 People Who Laughed Themselves to Death

In ancient Greek mythology, Calchas was a gifted soothsayer who had been blessed by the god Apollo with the gift of predicting the future from the flight pattern of birds. He could else soothsay by interpreting the entrails of enemies during battle. He accompanied the Greek armies when they invaded Troy, and in the Iliad, Homer extolled his skills, stating that: “as an augur, Calchas had no rival in the camp“.

Calchas played a significant role in influencing the events of the Trojan War. Before the Greeks could even reach Troy, their assembled army was stuck on a beach, prevented from sailing by contrary winds. Calchas prophesied that the winds had been sent by the god Artemis, who had been offended by the Greek high king and army leader, Agamemnon. To appease Artemis, Calchas stated that Agamemnon would have to sacrifice his daughter, Iphigenia. It was done, and the winds shifted, allowing the Greeks to finally sail to Troy.

On another occasion during the Trojan War, the Greek armies were struck with a devastating plague, and turned to Calchas to tell them what needs doing in order to lift it. He divined that it had been sent by the god Apollo, who had been angered by Agamemnon’s enslavement of Chryseis, daughter of a priest of Apollo, and his refusal to allow her father to ransom her. Agamemnon was forced to send Chryseis back to her father, but then compensated himself by seizing from Achilles a princess whom the Greek hero had captured as a war prize. That led to a feud between king and hero that would drive much of the Iliad.

Calchas also endorsed Odysseus’ Trojan Horse stratagem, predicting that it would succeed in infiltrating the besieged city. Centuries later, the Romans glommed on to Calchas’ reputation, ascribing to him a prophecy foretelling that the Trojan prince Aeneas would survive the fall of Troy, then go on to lay the foundations of Rome.

The soothsayer reportedly met his end in Magna Graecia, laughing himself to death at what he believed to be a rival soothsayer’s incorrect prediction. Calchas had planted some grape vines, but his rival prophesied that Calchas would never drink wine produced from those grapes. The grapes ripened, however, and were made into wine. Calchas then invited the other soothsayer to the first tasting, and lifting a cup of wine made from the grapes in question, he started laughing at his rival’s failed prophecy. He ended up laughing so hard that he choked to death, before he got to drink of his vines.

Greek Legends and Myths – The Seer Calchas in Greek Mythology