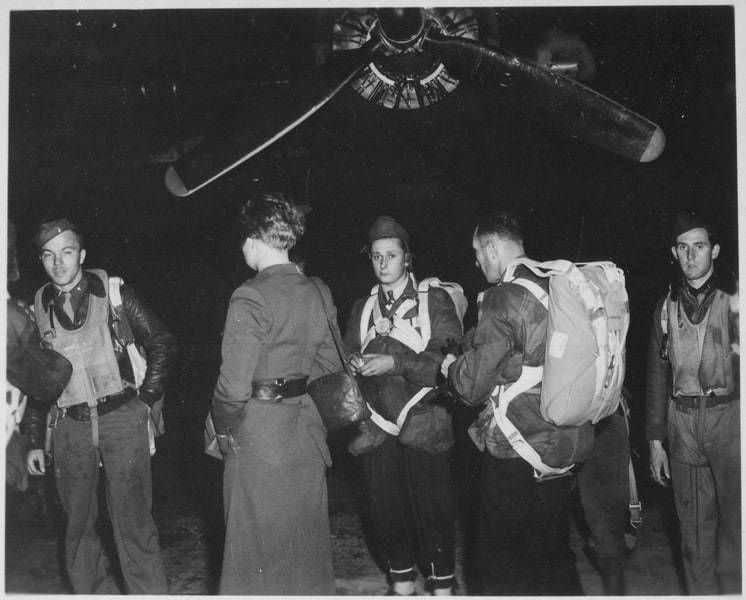 The OSS in Istanbul

Istanbul, in neutral Turkey, was a web of intrigue throughout the war, with agents from the Germans, English, Russians, Italians, Turkey’s own secret police, Vichy and Free France, and more engaged in a longstanding campaign of spy and counterspy. The OSS joined the web in 1943, hoping to use their operation to subvert those of the Germans and their allies. They also used the Istanbul operations to keep a wary eye on the Russians, concerned about the possibility of Stalin making a separate peace with the Germans. Throughout the war the English and American agencies addressed that possibility with disinformation and spying campaigns.

The information chain which the OSS built in Turkey was called Dogwood, and it was led by Lanning Macfarland, who operated undercover as a banker involved with funding for lend lease. Dogwood was in fact hired by Macfarland and operated as an employee of the Western Electric Company of Istanbul. In reality Dogwood was an engineer from Czechoslovakia named Alfred Schwarz. Schwarz and his assistant, Walter Arndt, contacted groups opposing the Nazis in Austria, Germany, and Hungary. Schwartz used diplomatic couriers from the Balkan countries and Switzerland to transfer intelligence to resistance groups.

The information obtained by Dogwood was shared with the British SOE by the OSS. British and American intelligence officers examined the information separately, and then shared their opinions over the material. In early 1944 the British detected problems with some of the information being provided by Dogwood and questioned the veracity of some of the agents in the chain. British intelligence devised a means by which the chain could be tested to ensure that false information was not being provided to the OSS and British teams. By then the Dogwood chain was the largest information gathering system operated by the OSS.

In early 1944 the Germans discovered several agents involved in the Dogwood chain and under threat of torture and death, turned them to provide information they would be fed by the Germans. This information ensured that the OSS and British intelligence was receiving false reports about German troop movements, plans, industrial resources, and other information. The false information in turn would ensure Allied resources would be misdirected, in particular the bombing raids flown by the RAF and USAAF. It also meant that the Germans could lead the Allies to attack a particular target and be waiting for them.

Operation Halyard was the name given for the OSS operation in 1944 to liberate downed Allied airmen who had been shot down over Serbia. It was the largest rescue of downed airmen of the war and it was led by three OSS operatives. According to the official report submitted to the OSS 417 Allied airmen were rescued by the operation. According to the report prepared by the OSS to the Joint Chiefs of Staff, 432 Americans and 80 Allied airmen were evacuated by the operation. The actual liberation of the men was accomplished by Chetnik partisans, and they were flown out of Serbia by the US Fifteenth Air Force.

In 1944 prior to D-Day American bombing of targets in Romania and Bulgaria intensified, and bomber losses grew. While some of the airmen who bailed out of damaged aircraft were captured, others landed in areas where they were protected by partisans in Yugoslavia. As the number of these airmen increased, the OSS developed a plan in which they could be rescued via airlift. Many of the airmen were sheltered in private homes, unknown to either the Germans or the partisans. As the number of these men increased to over 100, a rescue team was assembled of three OSS operatives, who would be tasked with working with the Chetniks to collect them.

Conflicts with the British over the partisan sides (they had shifted their backing to Tito) hampered the early efforts of the OSS to maintain contact with the leader of the Chetniks, Draza Mihailovic. The OSS selected Lt. George Musulin, who had previously led an OSS liaison mission with Draza, to head the insertion team, which was known as Operation Halyard. The members of the team were Michael Rajacich, and Arthur Jibilian. This team parachuted into Serbia and Mihailovic’s territory in August, 1944. Chetnik partisans provided security and engaged German troops, but the German interference was marginal.

The Chetniks built an airstrip for the operation, digging it with shovels rather than heavy equipment, and brought the airmen to the region for evacuation. Though the British SOE thought the airstrip too short, their mission to Tito’s partisans used it to depart Yugoslavia before it was complete, in May 1944. The airstrip, near Pranjani, was used to evacuate airmen until the Soviet invasion of Yugoslavia in September, when the operation was moved to another improvised airstrip. Yet another airstrip was built in late October and the operation continued from there. During the winter the operation continued, the strips cleared of snow by Serbian peasants.

Although the Serbians, the Chetnik partisans, and the US Fifteenth Air Force were all involved in the evacuation, it was the OSS planning and liaison with Mihailovic which allowed it to be a success. By December 1944 the mission was completed. The mission received little publicity at the time and little since. In 1944 the world was watching the Allies sweep across France, followed by the disaster of Operation Market Garden and then the Battle of the Bulge. There was only so much headline space. After the war the participation of the Chetniks was downplayed so as not to offend the communist government of Yugoslavia.

In 1943 an OSS specialist was assigned the task of providing 14 candidates of Japanese descent fluent in English and Japanese. He found them in the 442nd Infantry Regiment, a Japanese-American combat unit which was stationed at the time at Camp Shelby, Mississippi. All fourteen were volunteers and all were Nisei, meaning they were first generation Americans born in the United States of Japanese immigrants. Before volunteering all the men were told was that the men selected were destined for extremely rigorous and dangerous duty. More than 100 volunteered. At the time of the selection it was the intent of the OSS to place some of them in Japan.

Throughout 1944, the volunteers were trained in hand to hand combat. They underwent survival training. They were schooled in Japanese language, geography, and culture. They received training in the handling of explosives and demolition. They were destined to be attached to one of two OSS units, Detachments 101 or 102, which operated in the China Burma India (CBI) theatre, under the command of Lord Mountbatten. These units conducted covert operations. The Nisei were also to be used to interrogate what few prisoners were taken, translate intercepts, and listen to Japanese communications.

In Burma, the OSS operated behind the Japanese lines, supported by airdrops of supplies. Their primary mission there was the training of Kachin troops to fight the Japanese. The environment was heavy jungle and the Kachin were as ruthless as the Japanese troops themselves. The Nisei in Burma were warned that the Japanese were likely to torture them as prisoners, and recommended suicide in the face of inevitable capture. The ethnic Kachin hated the Japanese, and during covert missions the Nisei were often as afraid of them as they were of the Japanese. The Japanese Army offered a bonus for anyone capturing a Nisei.

The operations performed by Detachments 101 and 102 included the rescue of downed airmen before they could be killed by the Japanese, disruption of enemy supply lines, and cutting communications. As it became clear that the Japanese were losing the war, the OSS detachments ventured into China, and even Korea, to rescue POWs as the Japanese communications intercepted by the OSS and other intelligence agencies revealed their intention of killing all prisoners of war. The OSS operations in the CBI were welcomed by Mountbatten, who also had the support of SOE specialists in the theatre, which is an often overlooked story of the war.

The OSS operatives selected from the 442nd Infantry Regiment (incidentally the most decorated infantry regiment in American history) were some of the few Japanese-Americans sent to fight in the Pacific. Their role too has been largely overlooked by history, in part because of the clandestine nature of their duties and in part because the CBI is often ignored in histories of the war against Japan, which focus on the contributions of MacArthur and the US Navy and Marines. The OSS was dissolved following the war and its many contributions remained classified for many years. Some still are, because revealing them could reveal assets used by the CIA during the Cold War.

“The Wolves at the Door: The True Story of America’s Greatest Female Spy”, by Judith L. Pearson, 2005