10 of the Deadliest and Strangest Terror Groups of the 1970s

10 of the Deadliest and Strangest Terror Groups of the 1970s 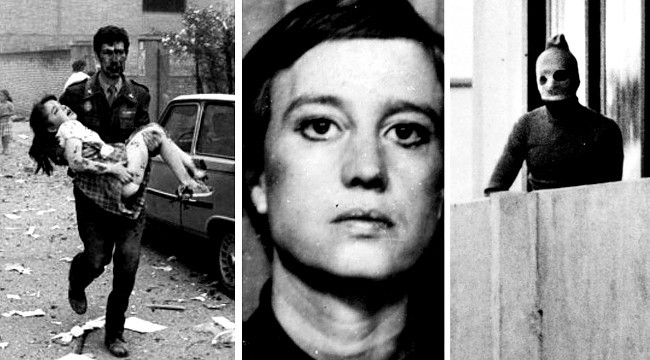 The 1970s was the ‘golden age’ of terrorism. Countless, fringe left or right leaning militant organizations were active in European, Asia and the Middle East, and in both North and Nouth America. Airline hijackings, bombings, kidnappings and assassinations were all the weapons of choice. In the United States, the period between 1970 and 1979 was probably the most active period of its history in terms of domestic terrorism. Some 184 individuals were killed and more than 600 injured in terror-related incidences, contrasting sharply with a mere seventy-four similar deaths in the decade and a half since 9/11.

An example was the Jewish Defense League, a right-wing religious organization that was responsible for forty-four bombing across the United States, hitting targets perceived to be anti-Semitic, mainly in New York, but also Los Angeles and Chicago. The Black Panther organization was another, being responsible for twenty-four known bombings. ‘Fuerzas Armadas de Liberacion Nacional’, a Puerto Rican separatist group, and let’s face it, who ever heard of them, claimed responsibility for eighty-two bombings, mostly in the New York area.

In this list, however, we will look at ten of the most iconic fringe terror groups of the 1970s, long before the globalization of international terror.

Anyone in the forties or fifties will no doubt remember the name ‘Baader-Meinhof’, the more recognizable name of the ‘Red Army Faction’. Baader-Meinhof, described usually as a far-left militant organization, was the brainchild of two narcissistic West Germans by the names of Andreas Baader and Ulrike Meinhof, along with a revolving cast of other players. The organization never achieved much in terms of numbers, but it did gain considerable notoriety and claim responsibility for a disproportionate amount of the mayhem of the era.

Baader-Meinhof was founded in the 1970s, a period that was characterized mainly by the last of the liberation wars of the imperial age, the emergence of the anti-apartheid movement, the rise of Arab militancy and the greatest intensity of the Vietnam War. The core objectives of the organization were nothing if not vague. The Thirty-six-year-old Ulrike Meinhof, a well-born academic, was ‘radicalized’ while at university, and one of her earliest comments on the matter was simply: ‘Resistance is when I ensure what does not please me occurs no more.’

There is something chillingly succinct about this comment, and what did not please her at the time was the Vietnam War, and after several arson attacks in Frankfurt protesting the war, she made the acquaintance of the main perpetrator, Andreas Baader. Baader was another well-bred intellectual with violent inclinations, and although the chemistry took some time to mature, when it did, the yeast rose on one of the most notorious left-wing terror groups in modern European history.

There were many battle cries and slogans that emanated from Baader-Meinhof, and one such was: ‘Let the class struggle unfold! Let the proletariat organize! Let the armed resistance begin!’

It was all very stirring stuff, and a steady cast of student militants, left-wing extremists and vain-glorious psychopaths passed through the organization. The first major attack was a series of department store bombings in Frankfurt, followed three years later by a notorious bomb attack staged against as US military barracks, also in Frankfurt, that killed one and injured thirteen.

From then on, the most notable incidences tended to be kidnappings and killings designed to pressure the German government into releasing jailed members.

Did Baader-Meinhof achieve much? Not really. The organization was part of a wide network of similarly aligned groups, but apart from a relatively insignificant body-count, the organization died out with his founding members. It is interesting to note that one member, Horst Mahler, switched sides, and is now a neo-Nazi holocaust denier, so clearly, the ideology was not that important. In 1998, the organization dissolved itself after a decade or more of inactivity. Andreas Baader died in a suicide pact in a German prison in 1977, and Ulrike Meinhof likewise a year earlier. In her case, at least, suspicions of assassination linger, but there is something rather fitting that these two disturbed souls might find final communion in self-destruction.