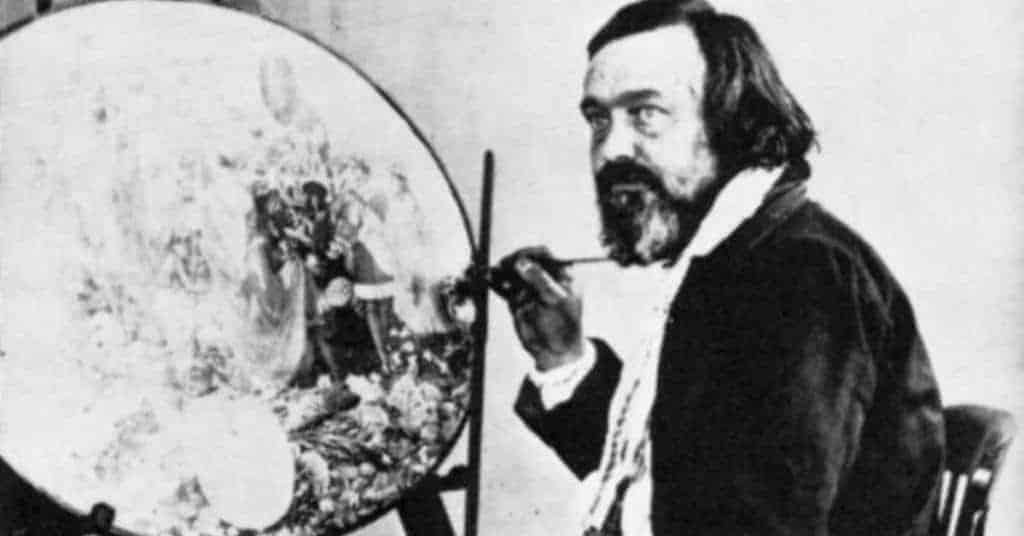 Between 1882 and 1899, a number of young females disappeared in and around the West Ham area of East London. Some of them were found, their bodies dumped in public ground. Clearly, a serial killer was at large here at the end of the Victorian era. However, while the police had their suspicions, nobody was ever charged with the slayings. What’s more, the crimes have largely vanished into obscurity, unlike those of Jack the Ripper, whose handiwork in Whitechapel, just a few short miles away, has become the stuff of dark legend.

The first girls started going missing in the early 1880s. Both Mary Seward and Eliza Carter disappeared without a trace, leaving relatives and detectives baffled. A dress was found in West Ham Park, and witnesses even came forward claiming to have seen the girls being dragged through the streets of not just London but a number of other places, including Portsmouth, many miles away. But it wasn’t until 1890 when police thought they had made a breakthrough. This time, 15-year-old Amelia Jeffs vanished – and then her body was found in an empty house in the Portway area.

The police turned their attentions to Joseph Roberts, the builder who had constructed the new terrace houses at Portway. Additionally, his father, the nightwatchman for the site, was also a prime suspect. However, there was nowhere near enough evidence to link either men to this murder or to any of the other six â€˜vanishings’. In 1899, children suddenly stopped disappearing off the streets of West Ham. Could it be that the serial killer moved away? Or had he died himself?

These days, the house where Amelia Jeffs’s body was found is still standing and remains something of a macabre local landmark. Apart from that, the West Ham Vanishings have largely been forgotten about, with the Jack the Ripper killings hogging the limelight. One reason for this could be the fact that children vanishing was hardly uncommon in Victorian London. There were often stories of gangs luring children and young adults away for lives of slavery (or worse) in other cities, or even across the Channel in France or Belgium. It seems highly unlikely, then, that this spate of crimes will ever be solved or explained.

It was a case which, for a few short weeks, shocked the whole of London. A seemingly innocent old housekeeper had been brutally murdered. The motive was unclear. After all, Mrs Sarah Millson was far from rich. Plus, she had no enemies anyone could think of. By all accounts, the elderly widow lived a quiet life on Canon Street, in the heart of London. Slowly, however, new details started emerging, shedding new light on the 1866 killing.

Though she was elderly, Mrs Millson was still employed as a housekeeper. She lived above her employer’s premises on Canon Street and was there almost every night. On the evening of April 11, 1862, she heard a knock on the door. She went down and, upon opening it, was mercilessly bludgeoned to death. Investigators arriving on the scene found huge amounts of blood. They also found a crowbar lying nearby. Despite the fact it was clean of bloodstains, the police believed this to be the murder weapon.

Before long, the London police had identified a prime suspect. William Smith was well known to them. He was a petty criminal with a long history of crimes and misdemeanours. His fate looked sealed when a witness came forward claiming she had seen him on the scene at Cannon Street on the evening in question. Smith was brought before the Old Bailey court. But then, his defence team revealed that the witness may have been bribed by the police to give her evidence. What’s more, Smith had a solid alibi. The case against him collapsed and he was set free. Mrs Millson’s murder was simply added to the huge list of unsolved crimes in Victorian London.

More recently, however, historians have found proof that Mrs Millson may have been the victim of blackmail. The records show that she was a bigamist: she had left one husband and then married another. All the evidence suggests that an unknown man – or woman – was blackmailing her, threatening to reveal her secret unless she paid up. Could it be that she finally refused to give in to blackmail and ended up paying the ultimate price?

When Dr Thomas Neill Cream was found guilty of murder by poison in Illinois in 1881, that should have put an end to his murdering ways. Instead, just ten years into his sentence, the Scottish-born physician was free. According to the official records, the state Governor had given in to Cream’s brother’s petition for clemency, though it’s far more likely that some degree of bribery was involved. Whatever the reason for Cream quite literally getting away with murder, by the autumn of 1891, he was in the impoverished Lambeth area of London – and busy killing again.

The sick physician liked to target the most vulnerable members of society in Victorian London – the city’s prostitutes. On 13 October 1891, he met a 19-year-old prostitute named Nellie Donworth. She naively accepted a drink from Cream. It was laced with strychnine and she died in agony. A week later, he struck again, this time killing a 27-year-old woman. He then took a break from murdering to holiday in Canada, but in April of the following year, he was back. This time, he poisoned two young prostitutes at the same time, though one other lady got away after becoming suspicious of the pills Cream offered her.

The so-called Lambeth Poisoner might have got away with his crimes had it not been for the letters. As well as killing, Cream also took delight in trying to frame others for the crimes. He would write letters to the police, giving them anonymous tip-offs. But on one occasion, he blamed another man for a murder that was still being investigated as an accidental death. Clearly the anonymous letter writer knew far more about the crimes than an innocent, concerned citizen would. Finally, when a visiting New York policeman claimed to have been given a creepy guided tour of the Lambeth murder locations by Cream himself, the police identified him as their man.

Cream was charged with four murders in total, though he may have killed many more. The trial gripped London – after all, it involved poison, a doctor and, thanks to the victims being prostitutes, a hint of sex and scandal. The jury needed just 12 minutes to find him guilty of all charges. Less than a month later, Cream met the hangman and was on his way to an unmarked grave. But not before he gave us one last mystery. According to the hangman James Billington, Cream started to speak when the noose was around his neck. He managed to say “I am Jackâ€¦” before the trapdoor opened. Could it be that he was confessing to the crimes of Jack the Ripper? The theory has been widely dismissed, but still, to this day, the suspicion won’t go away entirely.

In the early hours of April 26, 1871, 17-year-old Jane Maria Coulson was found bleeding and barely conscious on a street in Eltham, south-east London. She had been bludgeoned with a hammer. The weapon was found nearby, but, more puzzling than that, so too had her purse. It still contained a nice sum of money. Clearly, robbery was not the motive. Nor was there any suggestion of a sexual motive for the attack. Coulson was taken to hospital and died four days later. But before she succumbed to her wounds, she made a revelation: her killer was Edmund Pook.

Pook was a 20-year-old printer, living and working in nearby Greenwich. It turned out that Coulson had been working as a maid for the Pook family and had become romantically involved with their son. What’s more, Coulson claimed that she had fallen pregnant but, determined not to anger his father by marrying below his social status, he refused to do the honorable thing and wed. Instead, Coulson was dismissed from her maid’s job and Pook had ended their relationship completely. This combination of class, sex and murder inevitably caught the public’s imagination and the story became front page news right across London.

The evidence against Pook began to mount: As well as his victim’s dying testimony, a local shopkeeper claimed to have sold Pook the hammer used to kill Coulson. What’s more, witnesses said they had seen a man matching Pook’s description running from the scene on the night in question. A conviction looked highly likely, and a large crowd gathered outside the courthouse to see justice was done. But then the judge ruled that Coluson’s deathbed revelations could not be admitted as evidence. In the end, Pook was acquitted – and the public were indignant with rage.

According to some press reports, Pook’s high social class allowed him to get away with murder. Others claimed that the judge and the accused’s father were close and this could have swayed his judgement. Despite his acquittal, the accusations wouldn’t go away, and the whole Pook family were forced to change their name and move away. While London’s newspaper readers got a lot of enjoyment out of the case, young Jane Maria Coulson never did get justice. In fact, it’s still said that her ghost haunts the quiet street where she was killed and some Londoners refuse to walk down there after dark.

“Dismemberment in Victorian London: The Thames Torso Murders.” The University of Leicester, May 2016.

“The Murder of Mrs Sarah Millson at Cannon St.” The National Archives.

“The true story of Jane Coulson, by her cousin.” Friends of Brockley & Ladywell Cemeteries.