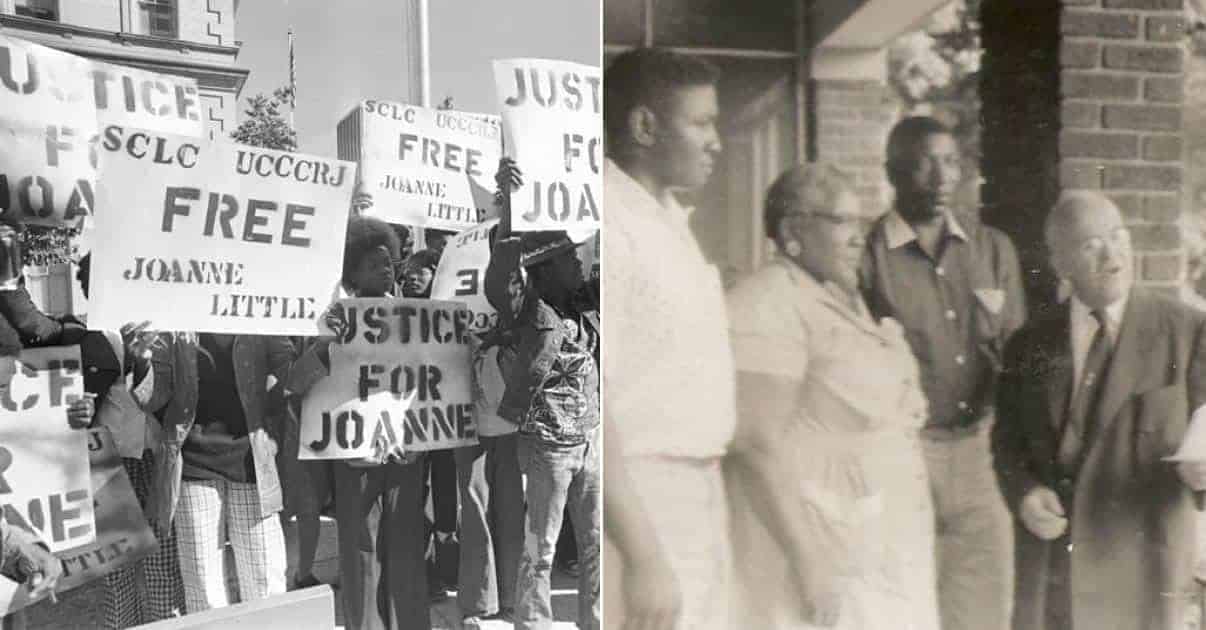 On the 13th July 1965, a white man named Norman Cannon offered an African-American fifteen-year-old girl named Rosa Lee Coates a job babysitting. Upon accepting the position, Norman drove Rosa to the woods nearby and, at knife-point, raped her. He then drove away and left her stranded in the woods. Fortunately, a man found Rosa wandering along Highway 49 and instantly drove her to hospital. Here, Rosa informed the police and her grandmother what happened. Rosa picked Bannon out of a line-up and the police notified the district attorney, James Finch, about the crime.

After debating the ramifications of prosecuting Norman Cannon, city officials decided to file charges against him. Four days after the attack, on the 17th of July, the Forrest County grand jury indicted Norman Cannon and sent him to the county jail to await trial. He pled innocent on November 9th and claimed though he had sex with the girl, he did not use any force and that he should not be prosecuted because he just wanted to have an interracial sexual experience.

After Rosa gave her version of events, a jury sentenced Norman Canon to life in prison. Again, however, the jury recommended mercy. They believed because he did not inflict brutality, his life should be spared. Though some were angered by the lack of a death sentence, it was the first time in Mississippi since reconstruction, a state particularly renowned for its anti-black sentiment, that a jury sentenced a white man to life in prison for raping a black female.

His sentence, however, as highlighted by Professor Danielle McGuire, should not be seen as the most important aspect of this trial. Rather, his guilty conviction shows how decades of black women’s testimony of rape and sexual assault, combined with the years of campaigning to protect black women from sexual attack, finally yielded results.

The case of Joan Little became a cause of celebration for those in the civil rights, feminist, and anti-death penalty movements. Joan Little dropped out of high school with no diploma aged fifteen. Aged twenty, after a spate of criminal offenses, police arrested Joan Little for three separate counts of felony breaking and entering, and larceny. On the 4th of June, 1974, a court convicted Little.

Three months later, on the 27th August 1974, police discovered the body of jailer Clarence Alligood. Found on Joan Little’s bunk, Clarence was naked from the waist down and had semen on his leg. He suffered stab wounds made by an ice-pick to his temple and heart. Most shocking of all, however, Joan Little was missing. Over a week later she turned herself in to North Carolina authorities and admitted to killing Alligood while defending herself against sexual assault.

The court charged Joan Little with first-degree murder. This charge carried an automatic death sentence. However, her case generated a lot of attention. The amount of death penalty cases in North Carolina attracted the attention of anti-death penalty advocates. Further, the gender component attracted second-wave feminists. Finally, the racial component thus drew the attention of civil rights activities. Together, a Joan Little Defence Committee raised over $350,000 to help her get the best lawyers and advice possible.

At trial, the prosecution argued Little simply seduced Alligood just to murder him and escape. Little, however, testified that Alligood entered her cell three times between 10 am and 3 pm to solicit sex. He finally forced her using an ice pick as a weapon to perform oral sex. After he orgasmed and let his guard down, she grabbed the ice pick and attacked him. The jury, comprised of six white Americans and six African Americans, deliberated the case for one hour and twenty-five minutes. They found Joan Little to be not guilty.

The case became a landmark decision. It challenged the age-old question of whether an African-American woman had the right to defend oneself against white male sexual assault. By exonerating Joan Little for killing a man in a position of authority, Joan Little became the first woman in US history to be acquitted using the defense that she used deadly force to resist sexual assault. Little’s victory showed the assertion of rights no longer depended so drastically on social respectability. National exposure of police brutality, institutional racism, and violent practices of white supremacists undermined arguments linking race and sex.

Professor Danielle L. McGuire, author of The Dark End of the Street, the book on which this article is based, states that Joan Little’s trial became a case against “the entire history of the South’s racial and sexual subjugation.” Most notably this became true when the defense attorney told the jury “God chose Joan Little… like he chose Rosa Parks” then asked whether they wanted to “continue to live in a world dominated by white supremacy”. It became clear then, to everyone involved, that the historic portrayal of African-American women as promiscuous ‘jezebels’ would not stand up in court as an excuse for assault. These women have a right to be heard and their commitment to speaking out against such violence aided the civil rights movement in ways that have not been fully appreciated thus far.

Certainly, many would agree that the struggle is still not over. Not only is the Black Lives Matter movement still ongoing and needed, the wave of sexual assault allegations levied at celebrities and politicians continues to question the rights women have over their own bodies. This article also provides the historical context for the recent rejection of Judge Roy Moore as Senator for Alabama. The state has a lengthy history with sexual assault cases, and those that remember it, do not look back on it kindly.