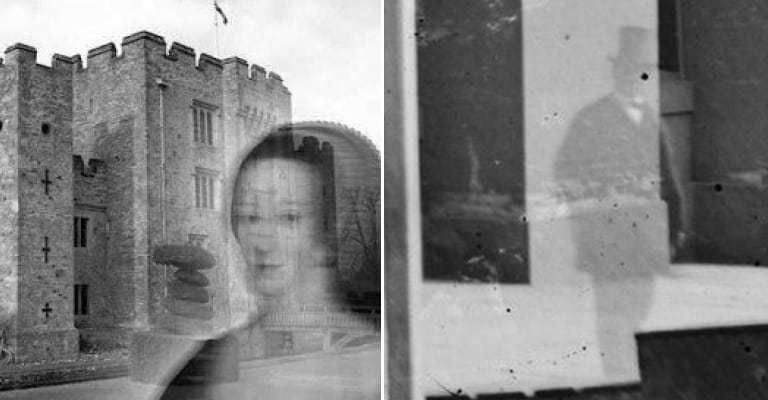 The Romans successfully conquered Britain in 43AD on the third attempt, after the failures of Julius Caesar in 55 and 54BC. They swiftly set about improving conditions in the new Imperial outpost, and have left behind roads, buildings including the famous facilities at Bath and Hadrian’s Wall, along with a few ruined amphitheaters, temples, and villas. Although they had to deal with uprisings from disenfranchised local tribes such as the Iceni and the ever-troublesome Scots and Welsh, Roman Britain was relatively peaceful and prosperous until Rome itself fell and the Anglo-Saxons shooed the remaining conquerors away in the 5th Century.

There was a Roman garrison in the city of York in northern England, then called Eboracum but renamed Eoforwic (â€˜wild-boar town’) by the Anglo-Saxons, from whence we derive the modern name. Eboracum was the capital of the Britannia Inferior province, and two Roman Emperors, Septimus Severus (211AD) and Constantius Chlorus (306AD), died there. Its importance to the Romans apparently continues, as in 1953 a young heating engineer working in a cellar saw 20 Roman Legionaries marching. They were visible only from the knees upwards, later found to correspond to the height of a then-undiscovered Roman Road running beneath the house.

The witness was so frightened that he needed a fortnight off work to recover. His descriptions of the soldiers’ dress were remarkably accurate, and gave detail about the outfits then-unknown to historians but later verified through excavations at Hadrian’s Wall. The Legionaries appeared tired, and spoke to one another in hushed tones, their garments splattered with mud. At the other end of the country, Roman ghosts have been seen in the county of Dorset. There, another troop of soldiers was several times seen marching along Bindon Hill to the site of a Roman camp on Ring’s Hill in the 1930s.

It is interesting to note that very few Roman ghosts were seen in England before the last 100 years. In the aftermath of the York sighting, many also claimed to have seen near-identical apparitions (reports thitherto suspiciously absent). The details of that night in 1953 are hard to explain, and require a skeptical anthropologist rather than a historian. What can be said, however, is that Roman Britain has been a popular fixture of the British curriculum since the mid-twentieth century, giving everyone the opportunity to learn about the period, and this may have given some witnesses the necessary imaginary material.

The behavior of the York soldiers certainly corresponds the historical reception of Roman Britain since the 20th Century. This has focused on the great contribution they made to Britannia, about which far less is known, though Tacitus’s Agricola gives a fairly withering portrait. The anxiety of the soldiers could be related to the popular view of the Romans as civilized conquerors beset by uncouth and violent locals. Perhaps the sudden reappearance of the Romans in the mid-20th century reveals anxiety about the influence of Europe in the wake of World War II, eventually resulting in the Brexit vote of 2016.

Sir Francis Drake (1540-96) is one of England’s most cherished heroes. A sea captain at the time of Elizabeth I, Drake circumnavigated the world, and secured his popularity when England was faced with invasion by the Spanish Armada in 1588. Given carte blanche to do what was necessary to defeat the threat by Elizabeth, Vice-Admiral Drake responded by destroying much of the Armada anchored in the port of Cadiz (remembered as â€˜Singeing the King of Spain’s Beard’). The Armada was effectively defeated at the Battle of Gravelines, after which most of the fleeing ships were destroyed by the Irish Sea.

Defeating the Armada offered Drake a form of redemption. His previous exploits were decidedly unsavoury, and many in England (and all of Spain) saw him as a pirate for robbing Spanish galleons and raiding settlements in the Americas. Elizabeth drew criticism for her decision to entrust the defence of the realm to a pirate, but of course his success vindicated the queen’s gamble. Victory, likewise, turned Drake into a national hero, and tales of his pluck and derring-do proliferated. One such story has a confident Drake finishing a game of bowls on Plymouth Hoe before entering the Battle of Gravelines.

The image of the prodigal son come good at the time of England’s greatest need was irresistible, and we find his ghost attached to a legendary musical instrument. Drake’s Drum is a drum decorated with his coat of arms that accompanied him around the world and even, on occasion, into battle. According to legend, Drake promised, as he succumbed to fatal dysentery, that if the drum was played when England was at war he would return from the grave to defend the realm. It was heard beating at during the Napoleonic Wars and at the start of WWI and WWII.

The historical context of the drum being heard beating is significant. In the Napoleonic Wars, Britain was faced with invasion for the first time since the Spanish Armada, before Napoleon was defeated. France’s proximity to Britain made this prospect terrifying. Again, in both WWI and WWII, Britain was faced with invasion by foreign powers. Though largely ineffective, German bombing raids in WWI severely damaged Britain’s confidence, and by the time of the aeronautical advances of WWII invasion was a daunting prospect. The idea of a fallen hero rising from the grave to fight off a fearsome enemy was clearly irresistible.

Alphonse Gabriel Capone (1899-1947), nicknamed Scarface, is perhaps the most notorious figure in 20th Century America. Capitalizing on the banning of alcohol during the disastrous Prohibition era, Capone made a vast fortune by selling alcohol on the black market. With many people perceiving Prohibition as a ludicrous and tyrannical law, the impertinent and witty Capone was looked upon fondly by the American public. His charisma and open admission of bootlegging made him a folk hero: â€˜I’ve been spending the best years of my life as a public benefactor. I’ve given people the light pleasures… and all I get is abuse.’

However, public opinion turned decidedly against him when seven members of the rival North Side Gang were gunned down on St Valentine’s Day 1929, for which he was widely assumed to be responsible. This went against the public image Capone gave of himself, for though he admitted to bootlegging and ran his operation in plain sight at the Metropole Hotel, Chicago, he always firmly denied any involvement in violence or murder. The truth is that Capone rose to become a mob boss by murdering opponents and kept his business running smoothly through horrific violence, intimidation, racketeering, and bribing city officials.

Famously, Capone was finally convicted not of his mafia activities but tax evasion, for which he received 11 years. He died of a heart attack brought on by tertiary syphilis after being released. Our ghost story begins, however, while Capone was alive. Whilst serving an earlier minor sentence for carrying a concealed weapon at Eastern State Penitentiary, Capone was haunted by the ghost of a man he killed, known as Jimmy. Fellow prisoners heard him talking to Jimmy and screaming at the ghost to leave him alone. Jimmy followed him from Eastern State and continued to plague Capone at Alcatraz.

â€˜Jimmy’ is believed to have been the ghost of James Clark, a victim of the St Valentine’s Day Massacre. When not shouting at Jimmy at Alcatraz, Capone whiled away the hours by learning the banjo. The inexplicable sound of a banjo being plucked is often said to be heard coming from his former cell. He is sometimes seen propping up the bar at the Congress Plaza Hotel in Chicago, which he used for business meetings. On a related note, the site of the St Valentine’s Day Massacre is haunted by the ghosts of the victims and the sound of gunfire.

These reports give a sense of the contradictory manner in which the notorious gangster is remembered today. In full possession of the facts about Capone’s personality and criminal career, he is rightly seen as a ruthless killer and thoroughly unpleasant man, to which the ghosts of the North Side Gang attest. The ghostly banjo-playing and his presence at the hotel bar attest to his softer side and the enduring romance of Capone’s legend. His self-crafted public image â€” a lovable rogue simply giving the people what they wanted directly in the face of killjoy public officials â€” also endures beyond the grave.

Westwood, Jennifer, and Jacqueline Simpson. The Lore of the Land: A Guide to England’s Legends, from Spring-Heeled Jack to the Witches of Warboys. London: Penguin, 2005.