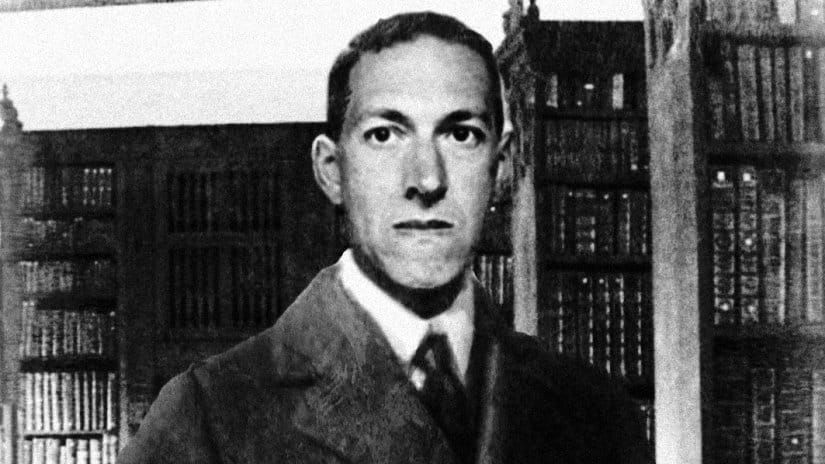 Though largely unrecognized in his own lifetime, Howard Phillips Lovecraft (better known as H.P. Lovecraft) is now regarded as one of the most influential writers of the twentieth century. His spooky tales of ghosts, ghouls and alternate worlds arguably kick-started a whole literary genre, and best-selling authors still refer to him and his canon today. But, while he made his readers terrified of things that go bump in the night, there was only really one thing that terrified Lovecraft himself: Sex.

That Lovecraft was no lothario was hardly surprising. After all, not only was he born and raised in the Victorian period – infamous for its atmosphere of prudishness – but his family were strict and suffocating. So, while he did indeed marry, getting hitched to Sonia Greene, whom he met at a convention for aspiring journalists, it wasn’t her physical attributes that first attracted the young Lovecraft. Rather, Sonia helped him escape his hometown and flourish as a writer in New York City. Instead of a loving wife in every sense of the word, she provided him with financial help, moral support and encouragement.

By Sonia’s own account, Lovecraft performed his marital duty, albeit only when asked to, never taking the initiative himself, and without showing any desire, enthusiasm or even competence in the act itself. On his prowess in the bed-chamber, she would later write: “Of course, I did not expect him to be an ample provider, but I did harbor some secret expectations that he might, after all, provide to be normal as a husband and lover. I felt, however, that his inhibitions were provoked more or less by his severe Puritanical upbringing.”

Biographers of Lovecraft largely agree with his wife’s judgment. While he was evidently not celibate, the great writer was almost certainly at best disinterested in the idea of sex or even repulsed by the physical act. There is documented evidence that he hated any talk of sex or sexual matters in general. Unsurprisingly his marriage to Sonia came to an amicable end, with the pair having drifted apart long before they formally separated. While Sonia went on to remarry, Lovecraft remained single for the rest of his life, dying alone and impoverished in 1937.

At the peak of his fame and powers, Frederic Chopin was treated more like a modern-day rock star than a classical composer: outside Paris concert halls, for example, female fans would wait to meet him, and everywhere he went he was the toast of the town, praised for his innovative and stirring compositions. Unlike the typical rock star, however, Chopin didn’t make the most of his fame in this sense. Indeed, throughout his life, he showed little to no interest in members of the opposite sex, or of the same sex for that matter. So was the great composer asexual before the world came to recognize this space on the great spectrum of human sexuality?

Several of Chopin’s biographers certainly believe that the composer was “fundamentally asexual”, even if he was linked with several women and even had a seven-year relationship with the French writer George Sand. Suffice to say, theirs was not a conventional partnership. By all accounts, it remained unconsummated; while Sand had had several past lovers and even had children, some historians believe Chopin imposed celibacy on his older partner. For the pianist and composer, it has been argued, the partnership was more one of curiosity and convenience than one of physical attraction.

According to some of his biographer’s, Chopin’s aversion to sex and intimacy had its roots in his adolescence. As a teen, he became infatuated with a female opera singer by the name of Maria Wodzinska. The pair were engaged to be married, and Chopin wrote several pieces of music for his beloved. However, Maria’s father was against the match, worrying that his prospective son-in-law was too sickly for his daughter. So distraught was he by the ending of the engagement that Chopin lost all interest in love and sex.

It could well be that Chopin led a long life of self-imposed celibacy. Alternatively, those biographers may have been right: he was asexual all along, just that after the heartbreak he experienced as a young man ended his interest in romance, too.

While his contemporary Pablo Picasso might have been a notorious womanizer, Salvador Dali was far more complicated sexually. The Spanish artist once famously confessed: “I have tried sex once with a woman and it was (with his wife) Gala. It was overrated. I tried sex once with a man and that man was the famous juggler Frederico Garcia Lorca. It was very painful.” Thus, despite evidently displaying a keen interest in the theme of sex and sexuality from an artistic point of view, many of Dali’s biographers have concluded that the great man himself was asexual.

In his 1942 autobiography The Secret Life of Salvador Dali, the artist is notably coy on the issue of sex and his own sexuality. Curiously, while topics like religion, war and politics, as well as his own beliefs and upbringing, are discussed, Dali declined to give any insights into his love life – or lack of it. This is despite the fact that Dali, who was born in the city of Figueres, Spain, in 1904, was a married man for much of his life. He first met Gala, a Russian immigrant almost a decade his senior, in 1929, though at the time, she was married to the French poet Paul Eluard. However, the couple soon got together and they finally married in a secret ceremony in 1934, following this up with a religious ceremony in a Catholic church a year later.

The union between Dali and Gala was far from a conventional relationship. Again, the artist himself revealed that the marriage was only consummated on a single, disappointing occasion. Other than that, he showed no interest in sex, though his wife was highly sexual and continued to take many lovers outside of the marital bed. Some Dali scholars theorize that this asexuality was rooted in his childhood. He himself admitted that, from an early age, he feared his penis was small and underdeveloped and that he was bound to disappoint women sexually. What’s more, while he did find pleasure in his own company, even this caused him great distress, even into later life.

The Guardian – Revealed: The Secret Marriage Of Lawrence Of Arabia, The Lonely Romantic

“Florence Nightingale: A new biography sheds light on the Lady with the Lamp”. Suzi Feay, The Independent, September 2008.

Huff Post – Isaac Newton Died A Virgin And 9 Other Facts About The Brilliant, Bizarre Physicist

Ranker – Some Historians Think These Historical Figures Died As Virgins

“A troubled genius: The truth about Chopin”. Michael Church, The Independent, December 2009.

“Salvador Dali disliked sex and was unlikely to have fathered a child in an affair”. Troy Lennon, The Daily Telegraph, June 2017.