10 Fabulous and Fantastic Facts About Freddie Mercury and Queen 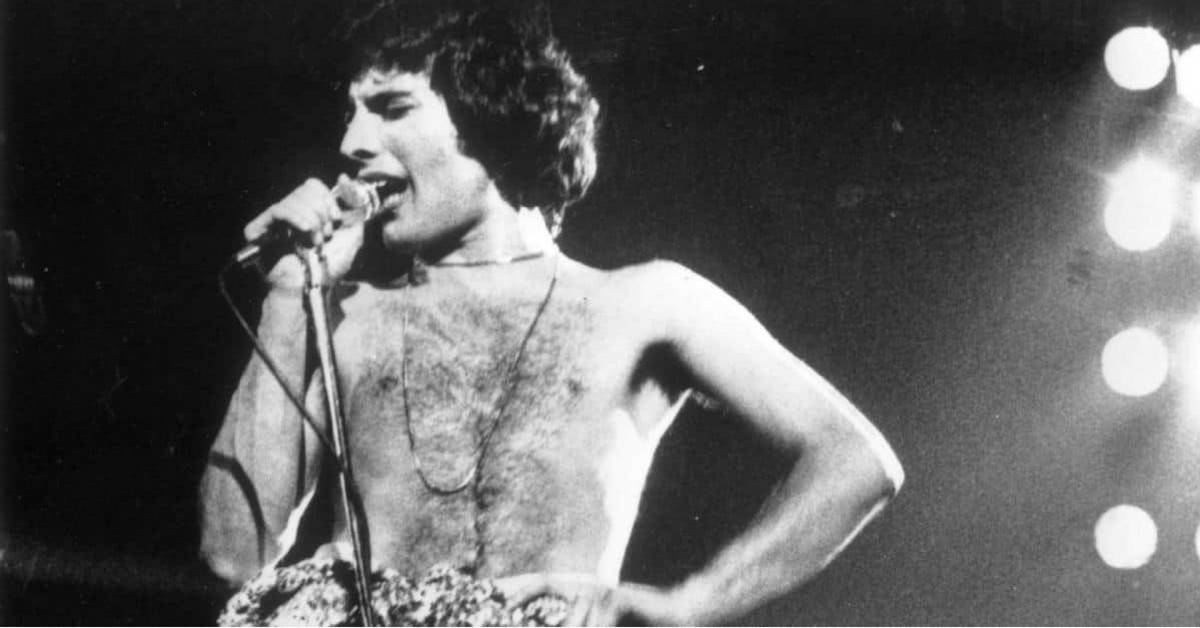 10 Fabulous and Fantastic Facts About Freddie Mercury and Queen

When Freddie Mercury planned his 41st birthday party, he selected the Pikes (pronounced pee-kays) Hotel on the island of Ibiza for the site. Ibiza and Pikes had a noted reputation for hedonistic behavior, which his party did nothing to reduce. The party thrown by Freddie was the most lavish, and expensive, ever thrown at the site, leading the proprietor, stunned by the size of the bar bill being run up, to wonder if the rock star could afford to pay up.

Freddie had thousands of helium balloons, colored black and gold, prepared for the party, which took three full days for them all to be inflated. The hotel owner, Anthony Pike, was a close friend of Freddie’s, but even he was unprepared for the size of the celebration. A cake in the shape of a Barcelona cathedral was prepared but it collapsed under its own weight, and was replaced with a six foot sponge decorated with the notes of Freddie’s recording Barcelona.

Flamenco dancers were hired to perform throughout the event, as well as other dancers and professional models to enhance the mood. The guest list read like a who’s who of film, music, and the arts, and included Anthony Quinn, Tony Curtis, Boy George, Julio Iglesias, and Spandau Ballet, to name just a few. Freddie opened the festivities by ordering 350 bottles of chilled Moet et Chandon champagne for his guests.

The party was well lubricated by champagne and other beverages and the partiers fortified with drugs of their choosing, if they chose, as well as freely distributed cocaine, served up by waiters and waitresses, many flown in from the mainland for the event. Its climax was a fireworks display, launched on Ibiza, which was so lavish that it was reported as being seen in Majorca, over 100 miles away. The bill for the extravaganza was sent to Jim Beach, to be paid by Queen.

Numerous urban legends emerged over the behavior of guests and their host at Queen’s parties, involving different ways of consuming cocaine using orifices other than the nasal passages. These tales are often linked to other rock stars and celebrities, and recycle from time to time, and should not be taken too seriously. Freddie’s parties were extravagant enough that they don’t need to be embellished with stale rumors and myths.

In 1982 Queen released the album Hot Space, which in the United States drew mostly dismissive reviews and lackluster sales. Following the tour that year to support the album, which found several cancelled shows due to poor ticket sales in America, Queen would not appear in the United States again. Emerging tensions in the band over musical direction led to their work schedule diminishing. All of the members of the band began to engage in other projects.

Queen did not appear in any live performances in 1983, after a decade of touring steadily. The following February the band released the album Works, which though it contained a couple of singles which achieved regular airplay in the United States, did not sell well there. In the UK it went triple platinum, and it stayed in the charts for over two years. Queen toured to support the album, earning reproves when they appeared in South Africa during apartheid.

Queen’s appearance at Live Aid in 1985 was televised in the United States and around the world, and was well received, with many critics calling their performance the best of the entire concert, which also featured a reunited Led Zeppelin (minus John Bonham), an act which did not provide much competition. The appearance was rejuvenating for the band, which by then was the subject of rumors and speculation among its fans.

A Kind of Magic was released in 1986, a reworking of songs from the film Highlander, which barely cracked the top fifty in the United States and Canada, though it sold well elsewhere. The tour in support of the album included a performance in Budapest, but the poor sales in the United States and Canada led the band to not performing there. It was the last Queen tour to include Freddie Mercury, who by that time was aware that he was HIV positive.

The band became involved in various solo projects following the A Kind of Magic tour, and Freddie recorded the album Barcelona, a project in which he collaborated with Montserrat Caballe. In 1988 Queen released The Miracle, an album in which all of the songs were credited to all four members of the band. It sold well around the world, but failed to make the top twenty in the United States (24), though it made number one in the UK.

In the fall of 1986, stories appeared in British tabloids reporting that Freddie Mercury had tested positive for HIV. Freddie denied the stories vehemently when questioned about them by a reporter from The Sun. The following spring Freddie was diagnosed with AIDS, though he continued to deny the stories publicly, admitting the truth of his illness only to an inner circle of friends. He also claimed that he had been tested for HIV and the results had been negative.

Mercury first exhibited signs of being infected with HIV in 1982, including during an appearance in September of that year on Saturday night live, according to the book Somebody to Love, and the same source speculates that it was contracted during Queen’s tour of the United States that year. Mercury continued to deny the reports and only those closest to him were aware of his secret, which did not for some time included the other members of Queen.

“We didn’t know actually what was wrong for a very long time,” Brian May told an interviewer many years later. “Gradually, I suppose in the last year and a bit, it became obvious what the problem was, or at least fairly obvious. We didn’t know for sure.” Freddie became increasingly frail in appearance, and public appearances ceased after the February 1990 Brit Awards, when Mercury appeared with the band, speaking only four words, “Thank you, good night”.

As Freddie grew weaker he continued to work, recording with Queen tracks which became the 1991 release, Innuendo. The other members of the band made themselves available to work based on Mercury’s schedule, and his failing health and steady weakening raised concerns over his ability to be able to sing some of the songs, though May later commented that he performed the songs capably, even brilliantly at times.

Throughout the period of his illness, the British tabloids had photographers watching Mercury’s London home, and occasional photographs of the clearly dying man appeared, with each presenting Freddie appearing more haggard than the photo preceding. Innuendo was released in early 1991, with Freddie spending most of that year in his London home, supported by his inner circle of close friends, and his long-time companion, Jim Hutton.

On November 23 1991, a statement was issued on behalf of Freddie Mercury in which he admitted his diagnosis of AIDS, but did address the issue of whether or not he was gay. He died of AIDS related pneumonia the following day. Dave Clark, of the Dave Clark Five and a close friend, was with him when he died. According to friends Mercury was by the time of his death nearly blind, and had been bedridden for some time.

As his conditioned worsened in the final weeks Mercury decided to face the inevitable and quit taking the medication which was lengthening his life, taking only the medicine needed to control pain. Though he was aware that he was very near the end, his statement gave the impression that he was not on his deathbed, since he indicated that he intended to continue his policy of maintaining his privacy and avoiding granting interviews.

Or maybe that was just a final joke from a complex personality. Mercury had lived with a woman, Mary Austin, in the days before Queen became a huge international hit, and they remained close for the rest of his life. He left her the bulk of his estate and the London home in which he died, as well as his ashes, with instructions for their dispersal. To his long-time companion Jim Hutton he reportedly left $500,000. Hutton died of cancer in 2010.

Mary Austin also received Freddie’s royalties, which saw an upsurge following his death. Sales of Queen’s albums increased in the United States the year after Mercury died, fueled in part by the movie Wayne’s World, which was released in 1992 and featured Bohemian Rhapsody. At the time of Freddie’s death Queen had sold about 17 million albums in America, by the year 2004 that number had increased to 34.5 million albums.

Many of the songs written, or co-written, by Freddie Mercury have become iconic, including Bohemian Rhapsody, We Will Rock You/We Are the Champions, Crazy Little Thing Called Love, Somebody to Love, and others. He was inducted with Queen into the Rock and Roll Hall of Fame, the Songwriters Hall of Fame, and the UK Music Hall of Fame. A statue of Freddie Mercury overlooks Lake Geneva in Montreux, Switzerland. The statue presents him holding a microphone on a broken stand.

“Freddie Mercury: An intimate memoir by the man who knew him best”, by David Evans and Peter Freestone, 2001

“The Man Who Would Be Queen” Wikipedia.

“I Couldn’t Bear to See Freddie Wasting Away”, by Tim Teeman, The Times of London, September 7, 2006