10 D-Day Now and Then Images on the 72nd Anniversary 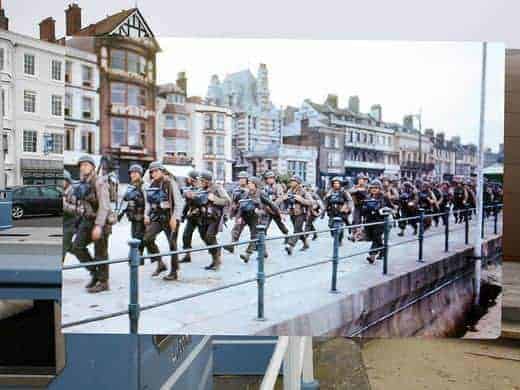 10 D-Day Now and Then Images on the 72nd Anniversary

Today is the 72nd anniversary of the D-Day or Normandy landings. D-Day was one of the most important events in WW II. It changed the course of history. It was the decisive moment in the war in western Europe and it led to the Nazi defeat. Here are some fascinating facts about D-Day 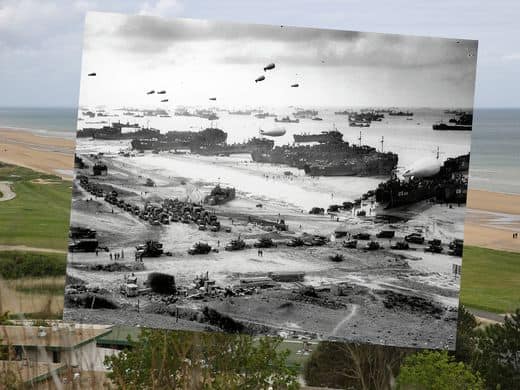 Aerial photograph of the D-Day landings

1-Planning for D-Day began in in 1943 with Dwight D Eisenhower made supreme commander. The British general Bernard Montgomery, was put in charge of the land troops. The American and British generals jointly developed the plans for the invasion of western Europe. The invasion was known by its codename Operation Overlord. The public did not know that the Allies were planning an invasion but it was widely believed that they were. 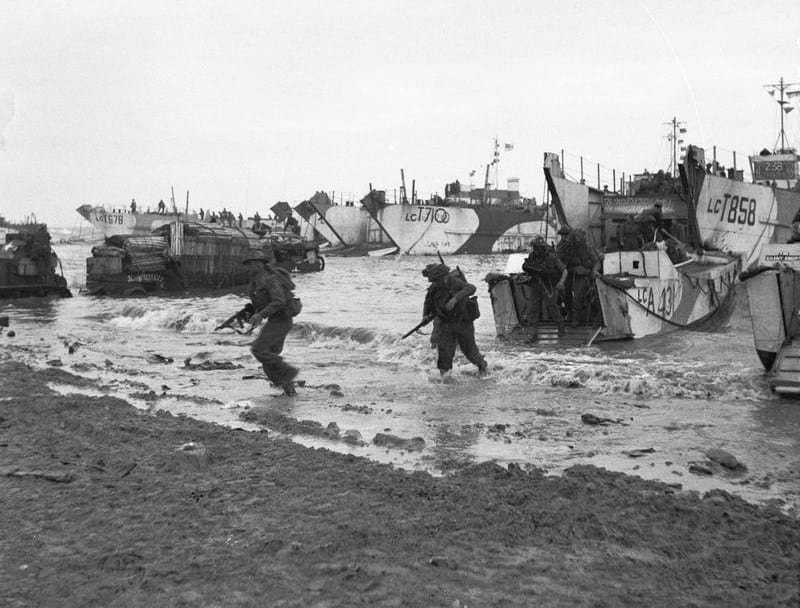 2- France had been occupied by the Germans since 1940. The French Resistance had been very active in the run-up to D-Day. They had launched a wave of attacks on the Germans in order to weaken them before the Allies landed. They especially attacked trains so that the Germans could not bring in reinforcements. 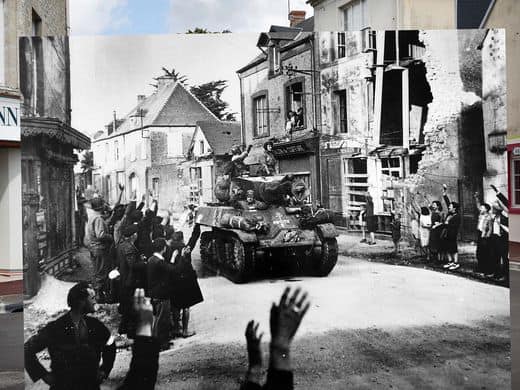 3- Normandy was selected by the Allies as the site of the D-Day landings. This was to take the Germans by surprise. Rommel and other leading Generals had expected the invasion to be in the Calais region. 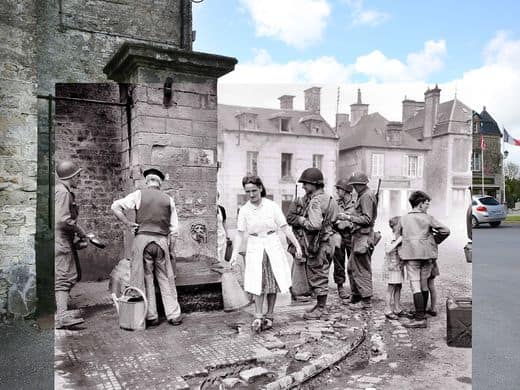 4- About 3,200 Allied reconnaissance missions were launched in the run-up to the invasion to take photos of vital locations so that the British and Americans had all the information they needed to make the landings a success. Some information was also provided by the French Resistance. In contrast, the Germans had no information on the Allies preparations or planning and any information that they did have was wrong. 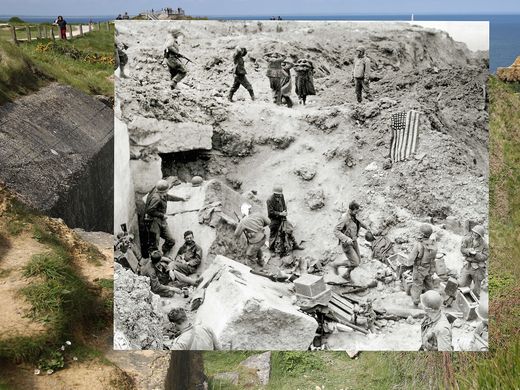 Allied forces on the beach on D-Day

D-Day involved huge naval forces, some 1000 ships, and almost half a million sailors took part in the maritime and amphibious operation.

In the first week after the D-Day landings one-third of a million troops were landed and some 55,000 vehicles and tanks. 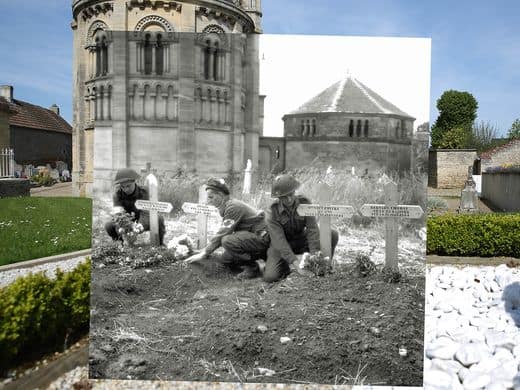 Burying the dead on D-Day

6- There were many casualties on D-day and the weeks following the landing. The figures for the Allied dead and wounded on D-Day have been estimated at 10,000, including 2,500 dead. Some 6,600 of the casualties were American and the rest were British and Canadian. Recent research has shown that the true casualty figures were much higher. It is now believed that some 3000 Allied soldiers, air men, and sailors died in the landings. This was because those who died in accidents were not included in the casualty figures. In the planning stage, it was believed that many, more Allied personnel would die. 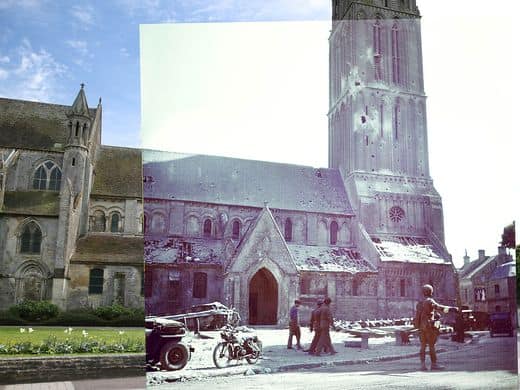 A damaged Church from the fighting on D-Day

7- The Allies had total air superiority on D-Day. They had over two thousand aircraft available to them. These included fighter-bombers and fighters. These would bomb the German defenders on the beach and in particular they would strafe the roads in Normandy they ensure that no German reinforcements arrived on the beaches. if they did they could have turned the battle in favour of the Germans. The Germans had almost no aircraft in the skies over Normandy. However, the Allied aircraft were fired on from the ground by the Germans. Ar least one hundred Allied planes were shot down in the first hours of the invasion. 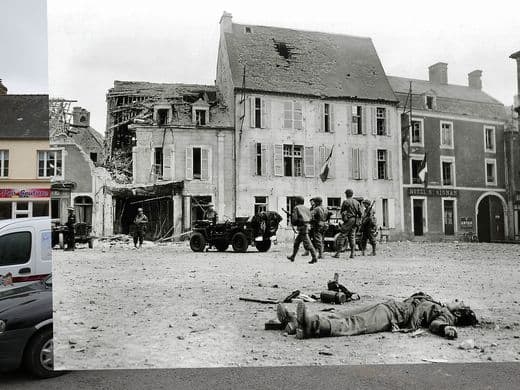 German dead on D-Day with Allied soldiers in the background

8- Hitler was asleep when the Allies landed. His generals were so afraid of the dictator that the did not wake him. This was a critical mistake as if he had been awake then he could have given orders for a crack SS Panzer division to be brought forward into Normandy. This Division could have made all the difference in the D-Day landings. If Hitler had acted promptly then the Allies could have suffered a real setback in the first few hours of the D-Day landings and would have suffered many more casualties. 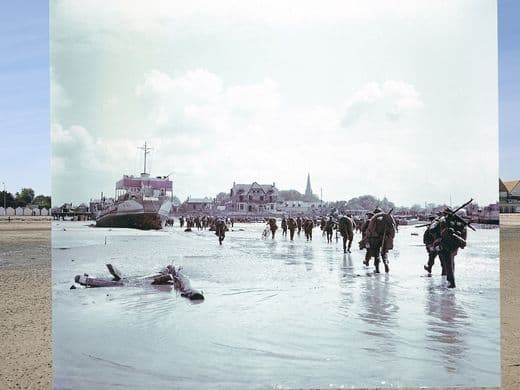 British soldiers on a Normandy Beach

9- D-Day was originally set for June 5 but it had to be postponed for 24 hours because of bad weather. If the invasion had gone ahead on the 5th of June the bad weather could have resulted in real problems for the Allies. Many men would have drowned in the stormy weather. The weather on the 6th of June was far from ideal and was not ideal for the landings. 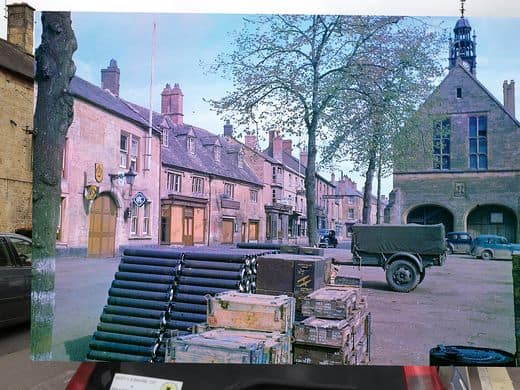 9- The German General Erwin Rommel had overseen the building of the Atlantic Wall. This was a series of fortifications that were designed to prevent the Allies from landing. The German plan was to turn the beaches into a killing zone and as the Allies suffered more casualties then they would be forced back into the sea. However, many of the German bunkers and fortifications built were destroyed by shells fired by British and American battleships in the English Channel. However, some bunkers and fortifications survived the bombardment intact and the soldiers in them killed many allies on the beaches. 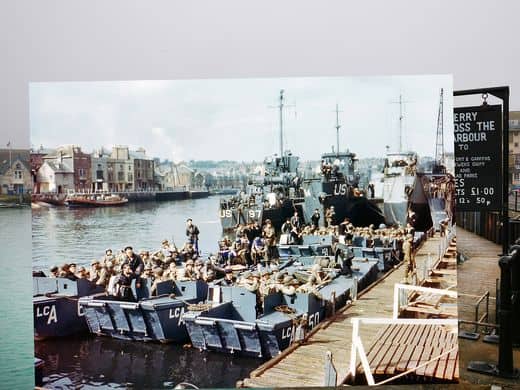 10. The D-Day landings succeed in their initial aims. They allowed the Allies to establish several beaches which were quickly reinforced. The beachheads were under constant attack and they were in a precarious position. They had to resist fierce German counter-attacks. It took the Americans and British some seven weeks to break out of their beachheads and to move further into Normandy, during Operation Cobra.