Today in History: Wyatt Earp Is Fired From the Wichita Police Force (1876) 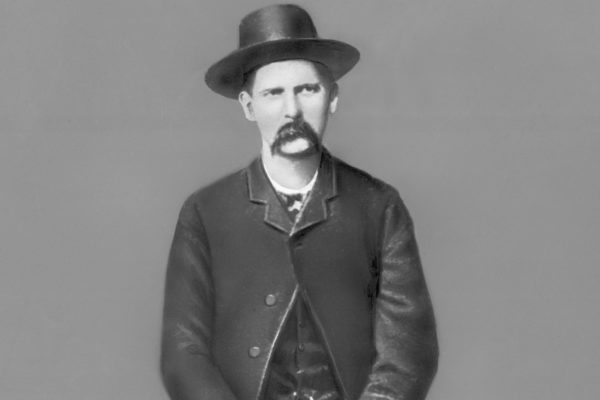 Today in History: Wyatt Earp Is Fired From the Wichita Police Force (1876)

Mustachioed lawman Wyatt Earp may be one of the Old West’s most notorious personalities. Born March 19, 1848, Earp is one of Hollywood’s favorite Old West characters, so much so that almost everyone knows his name.

It is most surprising, because Wyatt Earp himself wasn’t as much a lawman as his brother Virgil, who worked in law enforcement or in the military quite often. Wyatt moved around quite a bit professionally. At certain times in his life, Earp was a policeman, constable, teamster, buffalo hunter, bouncer, gambler, and brothel keeper.

He was also a criminal at one point. He spent time in jail for stealing horses, and in fact escaped from jail once.

Wyatt Earp may be best known for his participation in the “Gunfight at the O.K. Corral” in 1881, where he and other law men gunned down three outlaw cowboys.

On April 19, 1876, Earp was fired from the Wichita, Kansas police force. The reason behind the termination was stereotypical Wyatt Earp. His boss, Michael Meagher, was running for reelection for marshal. His opponent, a man named William Smith, said some offensive things about Meagher that Earp took seriously, and he ended up beating Smith in a fist fight.

Earp was known for his violent behavior. It was something that followed him around throughout his life. Even his claim to fame, as it is, is shrouded in controversy. The showdown at the O.K Corral in 1881 in Tombstone, Arizona Territory, is very famous. However, historians debate on whether or not the gunfight was a lawful exhibition of force, or if Earp and his brothers actually killed Billy Clanton and Tom and Frank McLaury because to a personal feud.

While he was cleared of wrong doing in that instance, he would get in trouble once again a few years later and would be forced to leave Tombstone. It would be the last time he dabbled in law enforcement. He would spend the last fifty years of his life around other law enforcement officers and taking part in ventures in oil, silver, and gold. He would also, for a time, become a professional gambler.

Wyatt Earp’s life and biography reads like a script from a popular Western TV show, with characters like Bat Masterson and Doc Holiday making frequent appearances later in Earp’s life. Earp died in 1929 at age 80.