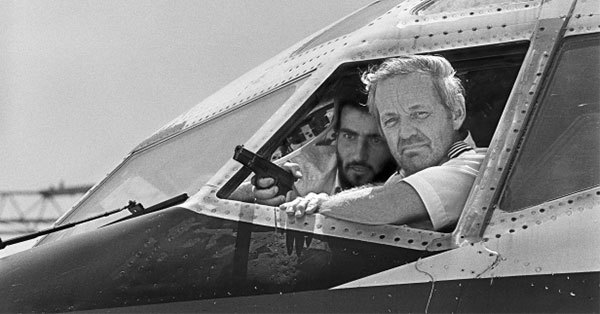 TWA Flight 847 was hijacked the morning of June 14, 1985 shortly after it took off from Athens towards its destination in Rome. The plane had originally had 139 passengers and 8 crew members on board. The flight was taken over by Shiite Hezbollah terrorists who demanded to know the identity of those with “Jewish sounding names.” Two of the Lebanese terrorists forced the plane to land in Lebanon, using threats with their grenades and pistols.

Once the plane had been forced to land, the terrorists tried to discover who was on the plane, specifically looking for Israeli citizens, but they found none. This was due to a flight attendant named Uli Derickson who shielded the few Jewish passengers. On the ground, the terrorist demanded that the plane be refueled. In order to have this happen, they agreed to release 19 passengers. They then flew the plane to Algiers, Algeria, where 20 more passengers were released.

The plane then was flown back to Lebanon, and the Beirut International Airport. It was here that things went from bad to worse. Since they could find no Israeli passengers, they focused on a group of US Navy construction divers who were aboard the plane, who they physically assaulted. Very soon after the plane landed back in Lebanon, the hijackers killed Robert Stethem, one of the Navy Divers, and dumped his body out of the plane and onto the runway.

They demanded once again that the plane be refueled after Stethem’s murder. At this time seven American passengers were taken off the plane, and sent to a Shia prison in Beirut. A dozen armed men then joined the hijackers on the plane, and returned the plane to Algiers. On June 15, 1985 (the day after the crisis started), 65 more passengers were released, including the 5 female flight crew members who had been on board the plane.

They then returned to Beirut, Lebanon for the final time. It was then they released their demands, which included the release of those responsible for the 1983 bombing of the US Embassy in Kuwait, the release of 766 Shias who were held in a Israeli prison, and an international condemnation of the US.

On Monday, June 17, 1985, the remaining 40 passengers were taken from the plane and then held hostage in various locations throughout Beirut by members of Hezbollah. They were held hostage until June 30, when they were finally released after intervention by the US government and Lebanese officials.

Robert Stethem was the only casualty in the 17 day hostage situation. The investigation that followed the hijacking found that the two main terrorists were named Hassan Izz-Al-Din and MOhammed Ali Hammadi. Al-Din was later involved in another hijacking in 1988. Hammadi was the only terrorist caught after the hijacking, when he was arrested in Germany in 1987. He was convicted of Stethem’s murder, and sentenced to life in prison. He was released in 2005. He was either given parole, or he was part of a prisoner swap with Iraq. Officially, it was parole, but there is some evidence that it was a prisoner exchange.

After the Hijacking of Flight 847, it became much more common for International flights to include flight marshalls. The tragedy was also used to increase security in Airports throughout Europe and the Middle East.