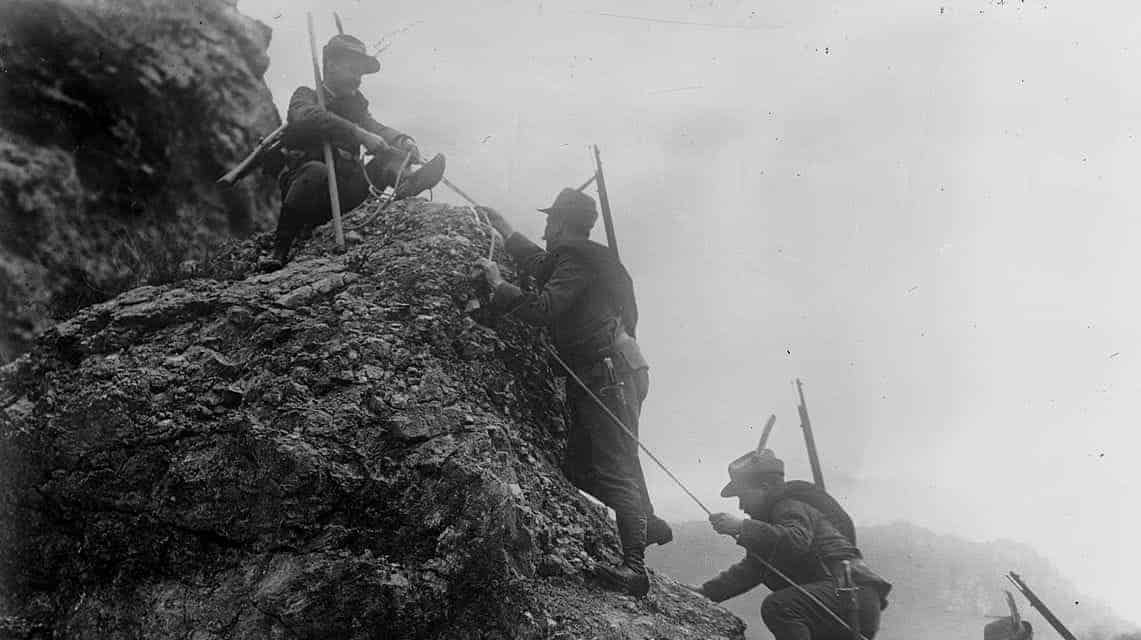 On June 16th, 1918, the Battle of the Piave River began on the Italian front. This was to be the last offensively the Austro-Hungarians in World War I.

German demanded that the Austro-Hungarians do more and attempt to knock the Italians out of the war. Italy had entered the war in 1915. They attacked Austro-Hungry in the mountainous border areas that formed the border between them. The Italian army was ineffective and after a massive defeat in 1916, inflicted by a joint Austrian and Germany army, they had been on the defensive. Germany demanded that Austria launch an offensive against Italy in order to force it to surrender. This offensive was to an extent forced upon the Austrian Emperor, who wanted his army to remain in a defensive posture. However, he was increasingly dependent on Germany and his complied with the German High Command’s wishes, with grave misgivings.

The Germans demanded a major new offensive along the Piave River. This was near major and historic cities such as Venice and Verona. The Germans hoped that an Austrian offensive would lead to the capture of these cities and the surrender of Italy.

However, the Germans had demanded too much. The Austro-Hungarian army was in poor shape and many of its units had become mutinous. The Italians suspected that the Piave River area could be the target of an attack by the Austro-Hungarians. They had reinforced the area with several divisions.

Despite this, the Austro-Hungarians decided to proceed with the attack. They divided their forces into two and planned a pincer-like movement that would surround and destroy the Italian army. They received some support from German units.

The Austrian offensive was launched on June 16th. The attacked the Italian army at two points. The Italians had been well-dug-in and furthermore, they had been reinforced by French and British Divisions. The Austrian attack within a week of the offensive beginning had halted and their supply lines had been stretched. They had been unable to force their way across the fast flowing Piave River. They had suffered heavy casualties, which they could ill afford to lose.

If the Italian army had been more daring they could have destroyed the Austro-Hungarian army. They did eventual do that at the Battle of Vittorio Veneto in late October 1918, just a few weeks before the end of World War I.