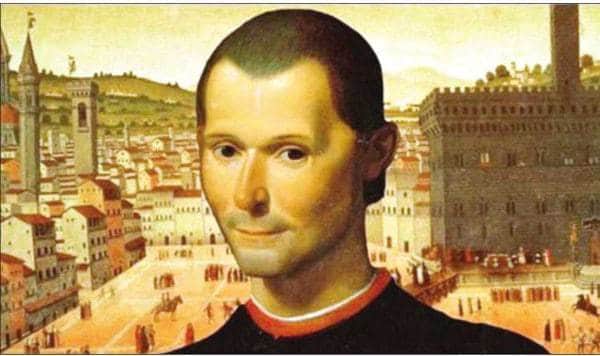 On May 3, 1469, famed Italian philosopher NiccolÃ² Machiavelli was born. He has since become one of the most well-known writers and philosophers in history. A lot of that fame comes from a single work, The Prince, which is what brought us the term ‘Machiavellian.’

The Prince revolves around the workings, development, and political maneuverings of “princedoms”, or municipalities, and more specifically the leaders of those states. It is said to be one of the first works of modern philosophy, and is highly regarded in the historical community, though it is controversial.

The Prince describes leaders (princes) as despots. It described moral and immoral behavior, and killing innocents and dishonesty as normal means for politicians and leaders to stay in power.

It has not been well received at times during history because it sometimes praised leaders for being dishonest or using immoral means to stay in power. The term Machiavellian is often used to describe politicians who are immoral or use immoral actions to help them obtain more power. Any politician who uses the term “ends justifies the means” would be considered an example of a true leader by Machiavelli.

Others, however, disagree, and say that Machiavelli was not praising despots, but was instead preaching republicanism. Either way, The Prince remains one of the most famous works to come out of history since the works of Aristotle.

The man himself was more than just a philosopher. We know his name today because of the adjective that has been made of his name, and the fame that has been given to his greatest work. But he was also a highly regarded writer of many other things, including comedy and poetry. His writings are still very popular in Italy.

At the time of his birth, Italy was ruled by powerful families, like the Medici. It was one of the reasons behind his writing of The Prince. It was not well received by those families, who would likely have been described as Machiavellian themselves. This caused Machiavelli to be shunned by the political establishment until the end of his life. He died in 1527 in Florence at the age of 58.