Today In History: The Massacre of Wassy Sparks A Religious War That Claims 3 Million Lives (1562) 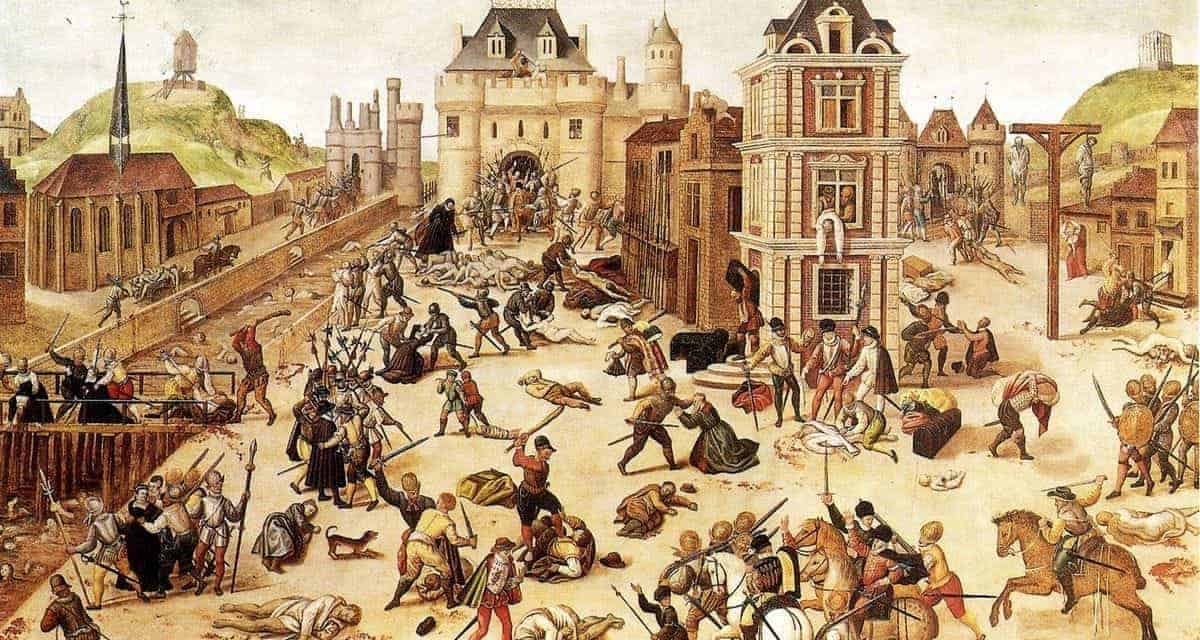 Today In History: The Massacre of Wassy Sparks A Religious War That Claims 3 Million Lives (1562)

On this day, a massacre in a small French village invoked hostilities between the Catholics and Huguenots throughout France, marking the beginning of what became known as the French Wars of Religion.

The massacre was spurred by religious intolerance. A massacre in the village of Wassy, France ended with 63 villagers being burned alive in a church where they had been worshipping. News about the slaughter spread, and disputes began breaking out all over various regions, marking the beginning of the French Wars of Religion. Battles between the Huguenots and Catholics went on for eight long years — an estimated 3,000,000 people lost their lives.

The Massacre of Wassy began when the Duke of Guise was traveling and decided to attend mass in the village of Wassy, purely by chance. The Duke meandered through the village looking for a church, when he was greeted by a sizable group of Huguenots holding a religious gathering from inside a barn.

When the Duke sent his foot soldiers into the barn to further investigate the situation, words were exchanged, anger turned into chaos, and the Duke was injured when a stone hit his head. He took revenge by setting fire to the barn, killing 63 of the Huguenots worshipers inside.

The fighting was not limited to villages. It immediately spread to aristocratic houses, which is why things got out of hand on the level they did. As the Reformed House of Conde and the Roman Catholic House of Guise went head to head, other houses began lending offering help to their preferred side.