Today In History: Leo I The Thracian Is Made Emperor Of The Byzantine Empire (457 AD) 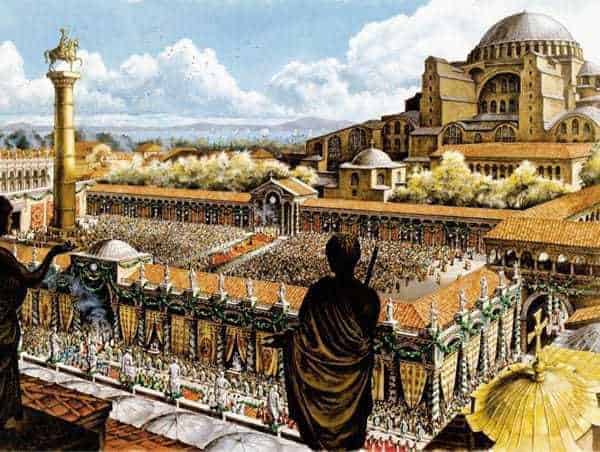 Today In History: Leo I The Thracian Is Made Emperor Of The Byzantine Empire (457 AD)

On this day in 457 BC, Leo I the Thracian was made emperor of the Byzantine empire.

His rule spanned for twenty years, during which time he made several courageously ambitious moves that expanded the Eastern Roman Empire while at the same strengthened it.

Leo offered a promising candidate, Anthemius, to take the seat as emperor of the fledgling empire. In doing so, Leo ended a succession of puppet Caesars whose rise to the throne was purely for show to perpetuate Gaiseric’s power. The Western Roman Empire had not found a way to avoid facing the Vandals. To stand a chance against them, a competent general who could train an army was desperately needed.

Leo was a gifted diplomat, able to make alliances with a number of kingdoms. It was not unusual for deals to come at a cost. His daughter was offered into marriage with the leader of the Isaurians, Zeno, to secure a Byzantine alliance. The deal nearly fell apart after an assassination attempt on Zeno by Aspar, an enemy who would haunt Leo for years.