Today in History: The Last Campaign of the Civil War Begins (1865) 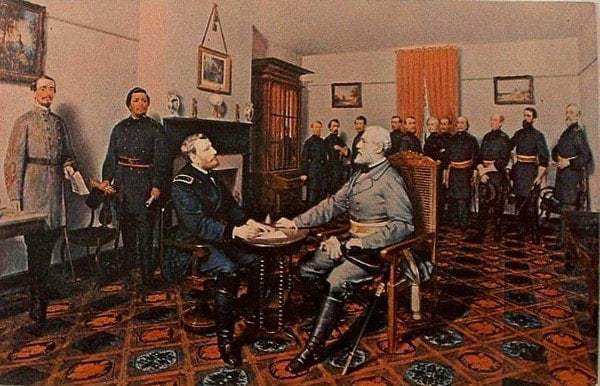 Today in History: The Last Campaign of the Civil War Begins (1865)

On this date in 1865, the end was near for the Confederates in the Civil War. While the war wouldn’t officially come to an end until April 9, 1865, the campaign that led to the surrender of the South’s forces to General Ulysses S. Grant began.

This campaign was the culmination of almost 11 months of continuous battle between the two sides in Northern Virginia. It started as Grant and Lee met in battles in a sweeping arc around Richmond, Virginia, and continued as the North, led by Grant, continued to chip away at the Southern army. By March 1865, Lee’s forces were down to around 55,000 fighting capable men, while the Grant’s forces continued to grow and numbered over 120,000.

In the last days of March 1865, Lee made last attempts to get around Grant’s army, failing each time. The final battle, which culminated in Lee’s ultimate retreat from the area, occurred on March 25 at Fort Stedman, and cost him nearly 10% of his fighting forces. On the 29th, Grant sent 12,000 men to flank Lee’s army, which led to Lee pulling his army away from the area and fleeing west, with Grant pursuing him.

The race was lost, and it is what ultimately led to Lee’s surrender of his army at Appomattox Court House on the April 9. The battle at Fort Stedman on March 29 and at Five Forks on April 1 were the last major battles of the Civil War prior to the surrender of Lee’s army.

While the battles that took place at the end of March were very important, and are usually considered the ultimate end to the fighting between the North and the South, the end had been nearing for several months. And while the South would have sporadic (and sometimes large) victories, the Northern advantage in men and economy was something that would have eventually ended the war no matter where the final battle had occurred.