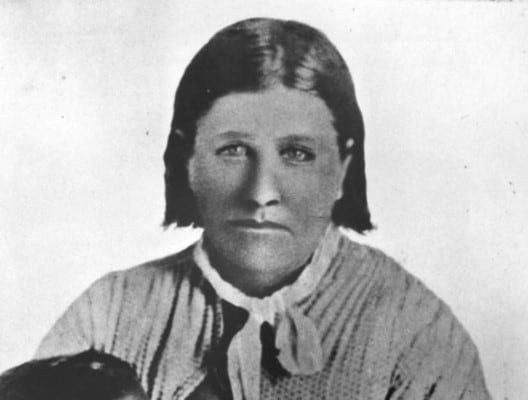 The story of Cynthia Ann Parker is one of the most heartbreaking stories of the 19th century. It is just one of many such events that provide an example of how the conflict between the United States and the natives of North America affected both sides.

Cynthia Parker was born sometime in the 1820s (her exact birth date is unknown), she was an Anglo-American who lived in a settlement near Fort Parker, Texas. Around this time, the conflict between the settled Indians and the expanding Americans was at one of its peaks. As the United States expanded farther and farther west, more and more Indians were driven off of their lands. Wars, small battles, and conflicts of all sizes were the norm for most of the 19th century.

On May 19, 1836 Cynthia Ann Parker was kidnapped after her family’s settlement was massacred by a Comanche war band. She was adopted by the Comanche, given a new name (Naduah), and lived with them for 24 years. How old she was when she was kidnapped is unknown as we don’t know her birth date, but we know she was between 8 and 11 years old.

That time period in a child’s life is very important. Almost all children that age are impressionable. By the time Parker was located and “saved” by the Texas Rangers, she identified herself not as a white woman, but as Comanche. Not only that, but she had a family with the Chieftain, having given birth to three children.

After her disappearance, Parker was a national icon. She was put up as an example of the “evil Indian stain” on the western United States. She didn’t understand her unwilling iconic status, and rebelled against her saviors, escaping at least once, trying to get back to the Comanche lands where her children were still living.

Her story after she was “rescued” was spread throughout the country, and people didn’t understand why she wanted to live with the Comanche, who they saw as the villains of the story (which they were, of course. Her children were not, though). Her white family forced Parker to stay away from the Comanche and her children, not understanding that she no longer identified herself as a member of their white family.

Understandably, Parker was heartbroken about being kept away from her children. She was, in her mind, Comanche, not white, so she didn’t understand why she was basically being kept prisoner. So heartbroken was she, that she stopped eating entirely. She died of the flu and lack of nutrition in 1871.

Parker’s story has been told many times in books, plays and movies. A character based on Parker is in the movie Dances With Wolves.

The conflicts between the tribes of Indians in the west and the expanding American empire was brutal, bloody, and predictable. The Americans had the fighting power to annihilate the natives, and they did so to the point where the Indians had no choice but to move to the reservations that the Americans allowed them to reside on. The relations between the United States and Native Americans will be forever tarnished by stories like Cynthia Ann Parker’s. There is bad blood between both parties that will likely never be washed away.